(RNS) — In a new TED Talk released Thurs., Sept. 30, three-time Grammy-winning singer and rapper Lizzo took to the stage to present on a topic on which she’s undeniably well-versed: twerking. In the Ted Talk, originally recorded in Monterey, Calif. in August, Lizzo pointed to the spiritual roots and expressions of twerking, a dance move with West African origins.

“Twerking is a deep, soulful, spiritual practice. It’s hip-opening. It’s empowering. When performed as the mapouka, it’s said to connect you to God,” Lizzo said, referring to a contemporary form of a traditional dance from Ivory Coast. “It’s sacred. And now we’re practicing that on mainstream stages. We’re practicing that at home, and it’s contributing to the liberation of women and people around the world.”

Twerking, a controversial dance move that involves vigorously shaking one’s rear end, entered the mainstream consciousness thanks to Miley Cyrus’ notorious performance at the 2013 Video Music Awards. But according to Lizzo, twerking has cultural and religious significance that white performers such as Cyrus have taken out of context.

“Everything that Black people create, from fashion to music to the way we talk, is co-opted, appropriated and taken by pop culture,” said Lizzo, who is Black. “I’m not trying to gatekeep, but I’m definitely trying to let you know who built the damn gate.” Though the original iteration of the dance was performed at religious ceremonies, the modern adaptation — usually performed by turning backwards and bending over — was banned from Ivorian television in the early 2000s for its suggestive nature.

“Historically, the bodies of Black people and Black women in particular have been seen not as sacred, but as hypersexualized and objectified,” said Ambre Dromgoole, a doctoral candidate in African American studies and religious studies at Yale University. “It’s kind of mind-blowing for Lizzo, in all of her blackness, her fatness, her womanhood and her spiritual upbringing, to stand on stage and say, ‘This twerk connects me to spirituality and God and sexuality at the same time.’”

RELATED: Beyoncé Mass replaces hymns with ‘Survivor’ and ‘Flaws and All’

Lizzo, who was born in Detroit in 1988 as Melissa Viviane Jefferson and moved to Houston at age ten, was raised as a member of the Pentecostal denomination Church of God in Christ. A self-described “nerd,” she played flute and read the Bible front to back, in part out of fear of eternal damnation.

“I had a very religious upbringing based on evangelical beliefs,” Lizzo told Marie Claire Australia in 2020. “We couldn’t wear pants to church because they were the devil. Listening to rap, pop and R&B and even going to the movies was forbidden; they were all the devil. So I only listened to gospel music.”

Lizzo says she still prays with her band before each show. “This is a savage industry,” she told Marie Claire. “You have to cultivate your spirituality.”

Lizzo’s understanding of twerking as sacred isn’t altogether surprising; Pentecostal worship is known for its embodied sense of spirituality in which dancing, swaying and lifting hands is central. Yet, in Lizzo’s experience, Pentecostalism also involved restrictions — see her childhood prohibition on pants — intended to discourage sex and sexuality. In the TED Talk, Lizzo distinguishes between being sexual and being sexualized. 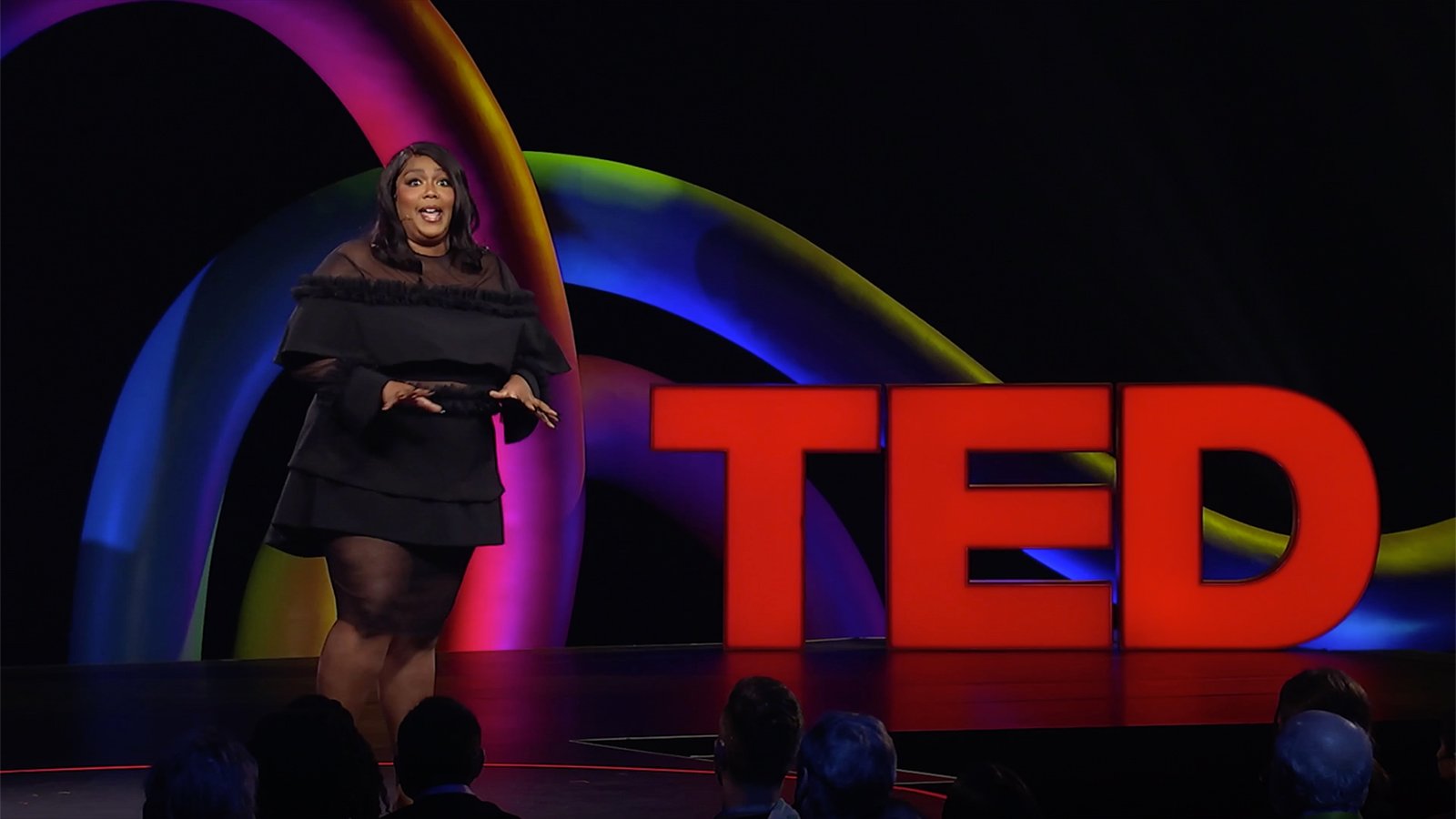 “Lizzo is collapsing this dichotomy and really embodying this African spirituality idea that all of life is one,” said the Rev. Dr. Neichelle R. Guidry, dean of the chapel at Spelman College. “At once we are holy and we are sexual, and there is not a division between the two of them.”

Lizzo, who has been public about her body-image struggles, credits twerking with teaching her to love herself. Lizzo also exhibits self-love in her recent music video for her latest single, “Rumors.” Working against whitewashed images of the divine, Lizzo, with Cardi B and other Black women, dons a gold headpiece and floor-length Grecian robes to portray herself as a goddess.

“She connects that goddess ethos to other Black women innovators,” said Dromgoole. “In her lyrics she talks about how Black women created rock and roll, and in the video, one of the vases is a depiction of sister Rosetta Tharpe with her guitar. She is saying, you owe me for what I have contributed and for what my people have contributed to society.” 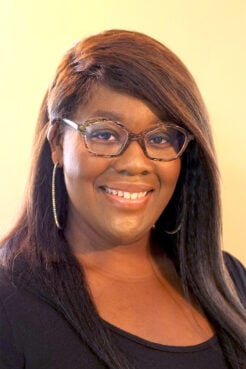 Dromgoole said both Beyoncé and Lizzo are broadening popular imagery of Black women beyond Afro-Protestantism and into a wider spiritual pantheon. Yet, while Lizzo promotes an explicitly Black female image of the divine, Dromgoole cautions that Lizzo’s liberative efforts are complicated by the fact that her audience is largely composed of white women — the very audience that has historically claimed goddess status for themselves.

The Rev. Yolanda M. Norton, creator and curator of the Beyoncé Mass — a Christian, womanist worship service scored by Beyoncé’s music — said there was a time when Beyoncé concerts were also largely attended by white women. It wasn’t until her more R&B-heavy album “Beyoncé,” and later, “Lemonade,” that Black folks really started showing up. Norton says white Lizzo fans, like the Beyoncé fans before them, will have to confront their attempts to whitewash the artists they listen to.

“In the TED Talk, Lizzo is articulating, whoever listens to my music listens to my music, but I won’t allow you to erase something about my identity,” said Norton. “I think sooner or later, white women who call themselves fans will have to reconcile themselves to that tension, and I think that’s a good thing.”

Norton doesn’t foresee a Lizzo Mass any time soon, nor does she expect twerking to pop up in worship services. Still, she thinks Lizzo’s music and messaging can contribute to the project of Black liberation.

“As a Black woman, I am so used to growing up in a world where our hair, our body type, our dress, our nose phenotype, everything about Black embodiment is foreign, other, negative, bad,” said Norton. “I personally think that any time a Black woman loves herself and takes agency in the world, that’s God’s work.” News
New documentary ‘Daughters of Eve’ imagines a Bible, and world, with women at the center
Follow us on Facebook!
Submit your photos to RNS