The action filed by Republican Attorney General Dave Yost in U.S. District Court in Cincinnati was joined by 11 other states.

At issue are new federal regulations set by the Department of Health and Human Services that take the Title X federal family planning program back to the way it ran under the Obama administration, when clinics were able to refer women seeking abortions to a provider.

The two rules Yost wants reinstated were passed in 2019. One required federally funded family-planning clinics to be physically and financially independent of abortion clinics. The other required them to refrain from referring patients for abortions.

“You can’t ‘follow the money’ when all the money is dumped into one pot and mixed together,” Yost said in a statement. “Federal law prohibits taxpayer funding of abortion — and that law means nothing if the federal money isn’t kept separate.”

The administration’s reversal of both rules came as political and legal battles over abortion are growing sharper amid burgeoning efforts by Republicans to overturn the landmark Roe v. Wade at the U.S. Supreme Court.

Yost emphasized that his lawsuit does not challenge the right to an abortion as guaranteed under Roe. The litigation follows a letter he and 20 other states sent to Health and Human Services in May warning the Biden administration against reversing the rules.

The prohibition against family planning clinics funded under Title X using public funds for abortions was contained in the Family Planning Services and Population Research Act of 1970, Yost said.

Groups representing the clinics said they hoped this month’s reversal would lead some 1,300 local facilities that left in protest to return.

The program makes available more than $250 million a year to clinics to provide birth control and basic health care services, mainly to low-income women, many of them from minority communities. The rules established under former President Donald Trump, a Republican, prompted a mass exit by service providers affiliated with Planned Parenthood, as well as several states and other independent organizations.

Women’s groups labeled the Trump policies a “gag rule,” and medical organizations called it a violation of the clinician-patient relationship. But religious and social conservatives praised the policy for imposing a strict separation between family planning services and abortion. 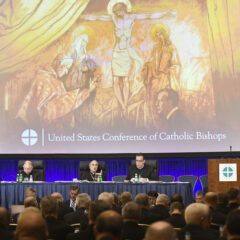