(RNS) — East London-born Rifat Malik was recently appointed as the editor in chief of a new American publication centering the work of Muslim women journalists.

“Muslim women are often vilified, obsessed over, become the target of speculation or are infantilized in the media and sometimes within the Muslim community,” Malik told RNS.

The Texas-based American Muslim Today hopes to change that narrative by placing women at the heart of the storytelling.

The current editorial staff is six women, including interns, while the sole men involved in the project are in technology and other supporting roles. While some outside contributors are men, the bulk of their content is authored by women.

“The point of our publication is to offer a woman’s perspective,” said Malik. Not only on issues that affect women, she added, but also “those that impact the wider Muslim community.”

The publication’s foremost goal, she noted, is to provide professional coverage of news and topics that appeal to the roughly 3.5 million Muslims in America, as well as those living in other Western countries.

The digital-only publication attracts 20,000 daily visitors across its web and social media platforms, a figure that is steadily rising. The growth of AMT and similar publications, such as Muslim Girl, suggests changing attitudes in the Muslim community in America — toward women and media. 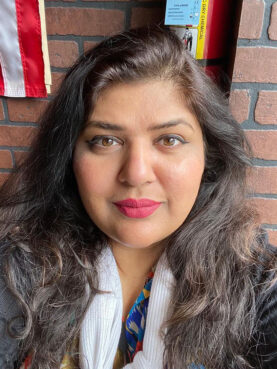 “I think today there is a shift in the media industry writ large with more and more women going into the profession,” said Malik. “That is being reflected in the Muslim community. Last time we had seven female interns with the publication. I think that interest and that of their families suggests a growing understanding of the importance of media.”

The first generation of Muslim publications in the United States tended to be focused around a particular institution, be it a mosque or university Muslim association. The lines between news reporting and editorial were often blurred. Few of them involved women in any substantial way. AMT is an example of a new generation of Muslim American media in the United States, striving to provide a higher level of journalism.

Malik, who heads the publication, moved from the UK to a small town in East Texas in 2009. Malik expected a Texas version of the racism and Islamophobia she experienced as a British-born Pakistani. Instead, she found the community to be accepting and tolerant.

“Unexpectedly for me, this was to become one of the most enriching experiences of my life,” said Malik. “Complete strangers would just come up and say how adorable my kids were … As a brown woman I felt I was equally respected and made to feel at home.”

She later moved to Dallas and said her initial positive perception of America has only grown with time. Her children, she said, are enjoying an experience far different from the one she experienced growing up near the city of Manchester in northern England.

“It was such a contrast to my own upbringing, where we were called ‘WOGS’ and ‘Paki’s’ on a daily basis, and white skin heads would set their dogs on us — even our school buses operated an informal segregated policy, with South Asian kids at the front and whites at the back.”

As a child, Malik said she dreamed of being a journalist. Yet, as with many immigrant families on both sides of the Atlantic, her parents encouraged only three potential career paths: medicine, law, or engineering. As she dutifully earned her law degree, she was shocked to find her younger siblings still facing the racism she had faced as a school girl almost a generation earlier. She found their experience and hers differed sharply from British self-conceptions of a multicultural democracy. On a whim she wrote an op-ed to The Guardian, a London newspaper. She never expected to hear back from them but found crafting the piece cathartic. 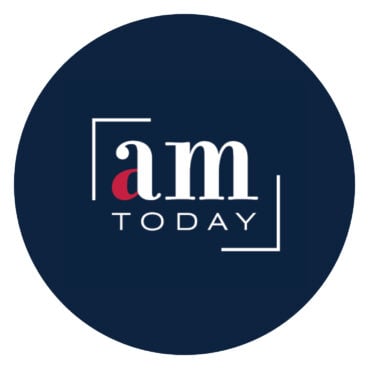 A version of the American Muslim Today logo. Image via AMT

“To my shock, I got a call days later from an editor saying they would be publishing the article. As a result, local community members reached out because the sentiments resonated with them. A local TV network news program interviewed my brother about his experiences. For the first time in my life I got to have a voice and to feel worthy of being heard,” she said.

Malik decided to re-focus her career on journalism and received a traineeship at The Guardian and later positions with other British media outlets. As the deputy editor of EAST, a national newspaper for British South Asians, she gained experience with community journalism.

Recent stories include one about a Miami medical student seeking to spread awareness of breast cancer, and another features a British Muslim woman who has developed a hijab suitable to be worn under a hard hat.

AMT also emphasizes coverage of mental health among the Muslim community. Suicide, depression and dementia are increasingly impacting a new generation of Muslim Americans, and AMT regularly brings on counselors and therapists as outside contributors to write on these issues.

“We have articles that involve certified therapists and experts in the field, which I think is one way the publication is breaking down taboos and encouraging those in need to seek mental health help,” Malik said.

“It’s not just about changing the narrative and speaking for ourselves,” she said. “That is, of course, important, but we think it’s also key for this generation of Muslim Americans to build institutions — including within the media.”