HELENA, Mont. (AP) — The Jewish community in Montana’s state capital has not had a place to gather in 80 years. But a group of Helena Jews is set to change that by buying back the old synagogue that was built more than a century ago and sold soon after for $1.

Completed in 1891, Temple Emanu-El was the first synagogue built between St. Paul, Minnesota, and Portland, Oregon. It initially served hundreds of Jewish people who came to Helena during the gold rush.

But both gold and Jews quickly dwindled.

The building was sold for that miniscule amount to the state of Montana in the 1930s after the Jewish community became too small to keep it running.

By one count, that has left Helena as one of two state capitals that does not have any active Jewish structure in it. The Jews remaining in the capital have made do for decades by celebrating holidays in each other’s homes and traveling hours by car on treacherous winter roads for prayer services in other Montana cities.

Now, the hope is to turn the building into a community center that can serve the needs of the estimated 100 Jewish people who reside in Helena, and as a central gathering space for Jews across Montana.

But first, the nonprofit Montana Jewish Project must raise $1.2 million to cover the $925,000 purchase price and make necessary repairs. The fundraising effort has yet to begin in earnest, but Rebecca Stanfel, who has spearheaded the acquisition process, plans to seek donations across the state and from people with ties to the community in other parts of the country.

She hopes to accomplish that by a final June 2022 deadline, but said parts of the building may have to be rented out for several months to cover the cost.

Stanfel said the purchase is the realization of a dream that is years in the making.

After moving to Helena with her husband in 1998, she studied to convert to Judaism by speaking to a rabbi over the phone instead of learning in person, and completed her conversion ceremony in California.

Her son prepared for his Bar Mitzvah at their kitchen table instead of a synagogue. For some Shabbat services they drove almost 100 miles (160 kilometers) to a synagogue in Bozeman.

And all along, the old temple building in Helena stayed in the back of Stanfel’s mind.

“So often I’ve parked in front of the building and thought — ‘wow, what would this be like if we could turn it into a synagogue?'” she said.

Stanfel was one of the signatories on a buy-sell agreement signed Thursday between the Montana Jewish Project, the nonprofit she and fellow Jewish community member Mimi Wolok founded, and the Helena Catholic Diocese, which bought the synagogue building from the state for $83,000 in 1981 and has used it as administrative offices.

The Diocese last year began preparing to move their offices to a downtown building and when Wolok and Stanfel learned of the upcoming move, they acted quickly to see if the tiny Jewish community could muscle the purchase.

During Thursday’s signing ceremony inside the old synagogue, amid prayers and offers of congratulations, Stanfel was exuberant but aware of the fundraising challenges that lie ahead.

“I would love to come here in 20 years and it’s back to its original glory,” Vetter said. “We’ve been around a long time — the Jews and the Catholics — we’ll figure it out.”

Vetter said he was happy to see the building sold back to the Jewish community after four decades of Catholic ownership because it marked cooperation between faiths at a time of increasing divisiveness.

“It’s so important that we see concrete steps of what it’s like to dialogue with someone who is of a different religious faith than we are,” Vetter said.

After the building is vacated by the diocese this winter, Stanfel plans to turn it into a prayer and gathering space that can host cultural events, exhibits, holiday celebrations, book clubs and cooking classes.

She also hopes to provide space for other groups that have lacked a building, including mental health support groups and the LGBTQ community.

One of the Jewish community members who plans to make use of the building is Erin Vang, who moved to Helena four years ago from San Francisco. She fell in love with Helena but was disheartened by what she perceived as a lack of a Jewish community.

Some within the Jewish community have cast doubt on the need to spend more than $1 million on a synagogue in a town that likely has fewer than 200 Jews.

Though there is no official count, the Jewish population is easy to miss in a town of over 30,000 residents, in a state where 65% of adults identify as Christian, according to data from the Pew Research Center.

“I think some people are skeptical about the importance of this — if you have a small Jewish community, why do you need a big building?” Vang said. “But I don’t think you need to be religious to know that we imbue a lot of spirit in place. Place has so much significance in our lives.”

Iris Samuels is a corps member for the Associated Press/Report for America Statehouse News Initiative. Report for America is a nonprofit national service program that places journalists in local newsrooms to report on undercovered issues. 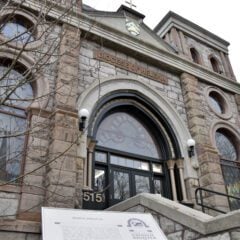 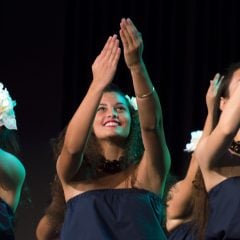 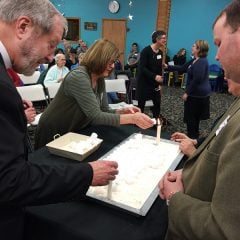 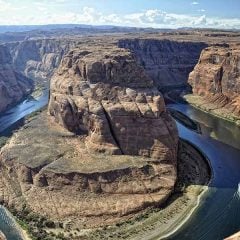 General story
For Native Americans, a river is more than a ‘person.’ It’s also a sacred place
Follow us on Facebook!
Submit your photos to RNS