VATICAN CITY (RNS) — Lawyers defending those accused of defrauding the Vatican in a $400 million real estate investment asked judges on Wednesday (Nov. 17) to release written transcripts of Pope Francis’ statements on the deal, alleging that prosecutors’ use of the pontiff’s statements may have influenced another witness in the case.

From the start of the trial in July, attorneys for the 10 defendants in the case have lamented that evidence, including 53 DVDs of interrogations and wiretaps, gathered by investigators had not been turned over to the defense. In an earlier proceeding, the Vatican judges ordered that the entirety of the material be handed over by Nov. 3 while disallowing other parts of the prosecutors’ case.

On Wednesday, the defense said the Vatican prosecutors had not released a transcript of investigators’ interview with Francis, who in December 2018 had a brief meeting at the Vatican with Gianluigi Torzi, the Italian broker who helped the Vatican complete the purchase of a luxury London apartment house. The deal eventually lost the Vatican some $200 million after Torzi allegedly charged the church exorbitantly for his interest in the company that owned the property.

A month earlier, Monsignor Alberto Perlasca, a former official at the Vatican Secretariat of State, had met with Torzi in London to sign two contracts with him. According to prosecutors, the documents were signed “before the issue was brought to the attention of the Secretary of State and the Holy Father.”

The contracts gave Torzi 1,000 voting shares in the fund that owned the property. He later asked the Vatican to pay him roughly $17 million to relinquish the shares, an act that Vatican prosecutors now label as extortion.

Initially a suspect of the investigation, Perlasca later offered himself as a witness but prosecutors have not made his role in the trial clear.

While interrogating Perlasca on the contracts he signed and the pope’s meeting with Torzi prosecutors referred to their interview with Francis, according to the defense. In a recording of Perlasca’s interrogation that the defense played in court, the Vatican prosecutor can be heard saying that they “went to the Holy Father and asked him what happened.” 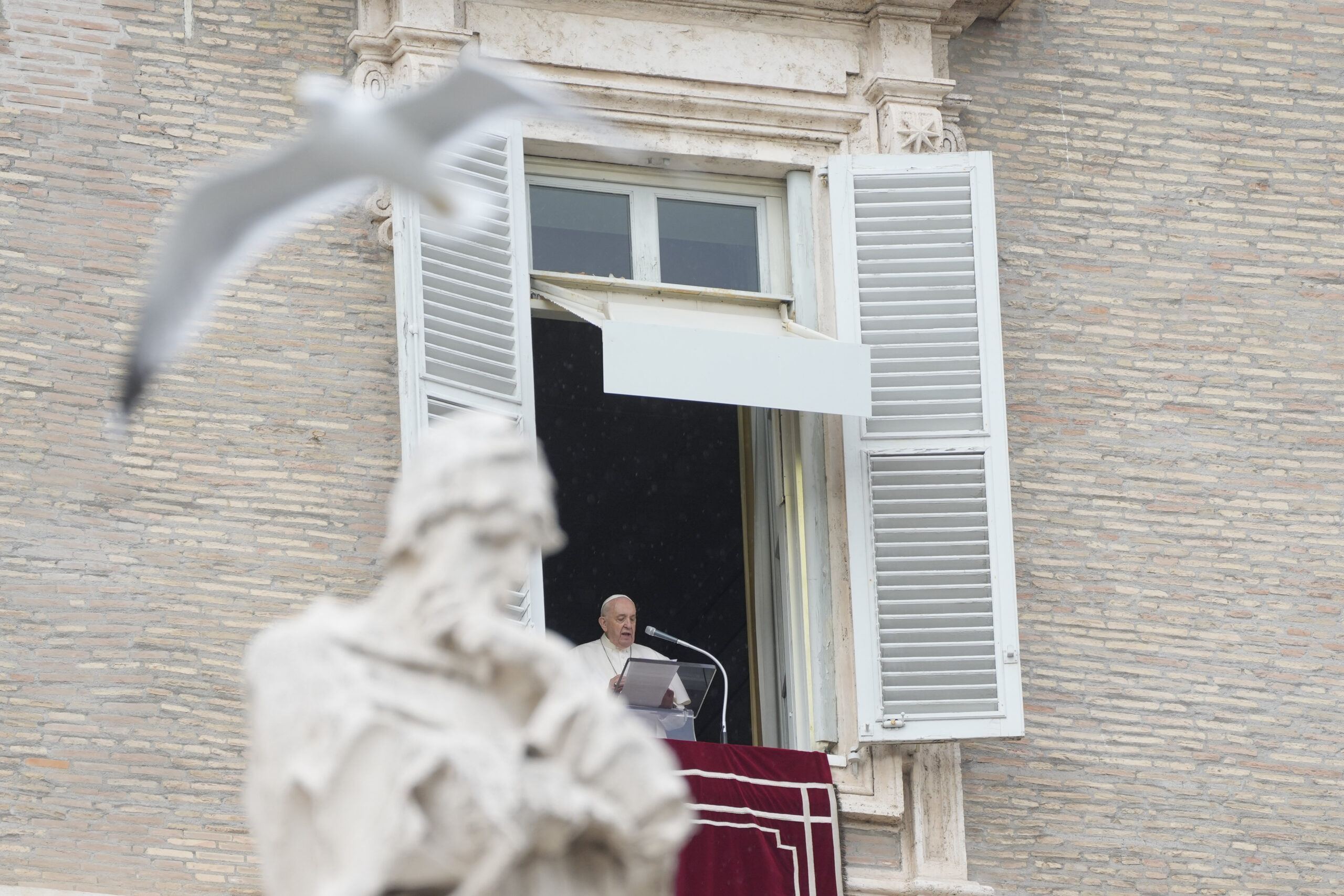 “Monsignor Perlasca was confronted with the declarations made by the Holy Father,” said Luigi Pannella, a lawyer for Enrico Crasso, a defendant who managed a significant portion of the Vatican’s financial portfolio and is accused of money laundering, extortion and corruption.

According to Pannella, mention of the pope’s statement led Perlasca, who “is a priest and tied to the Holy Father by a sacred relationship of obedience and subordination,” to change his testimony. Lifting his laptop showing the recording above his head, the lawyer told the judges that Perlasca’s face showed “supreme disconcertment” and “shock” upon hearing that his testimony differed from that of the pope.

Vatican prosecutor Alessandro Diddi denied that the pope’s words had an effect on the case or Perlasca. “This office never heard the Holy Father on the record,” Diddi said, charging that the monsignor was not shocked at the prospect of what the pope said, but “instead he paled when this office was able to refute his statement through documentation.”

The prosecutor added that some of the material requested by the defense is still missing because it’s part of ongoing investigations unconnected to the trial.

But since Francis was mentioned in Perlasca’s interrogation, the defense teams insisted that the transcript of the pope’s comments be added to the evidence. “The fact that these declarations by the Holy Father are missing in the data undermines the rights of defense,” Panella said.

Throughout the trial, defense lawyers have tried to capitalize on the prosecution’s withholding of evidence and what they say is a lack of due process, with some likening the trial to a kangaroo court. 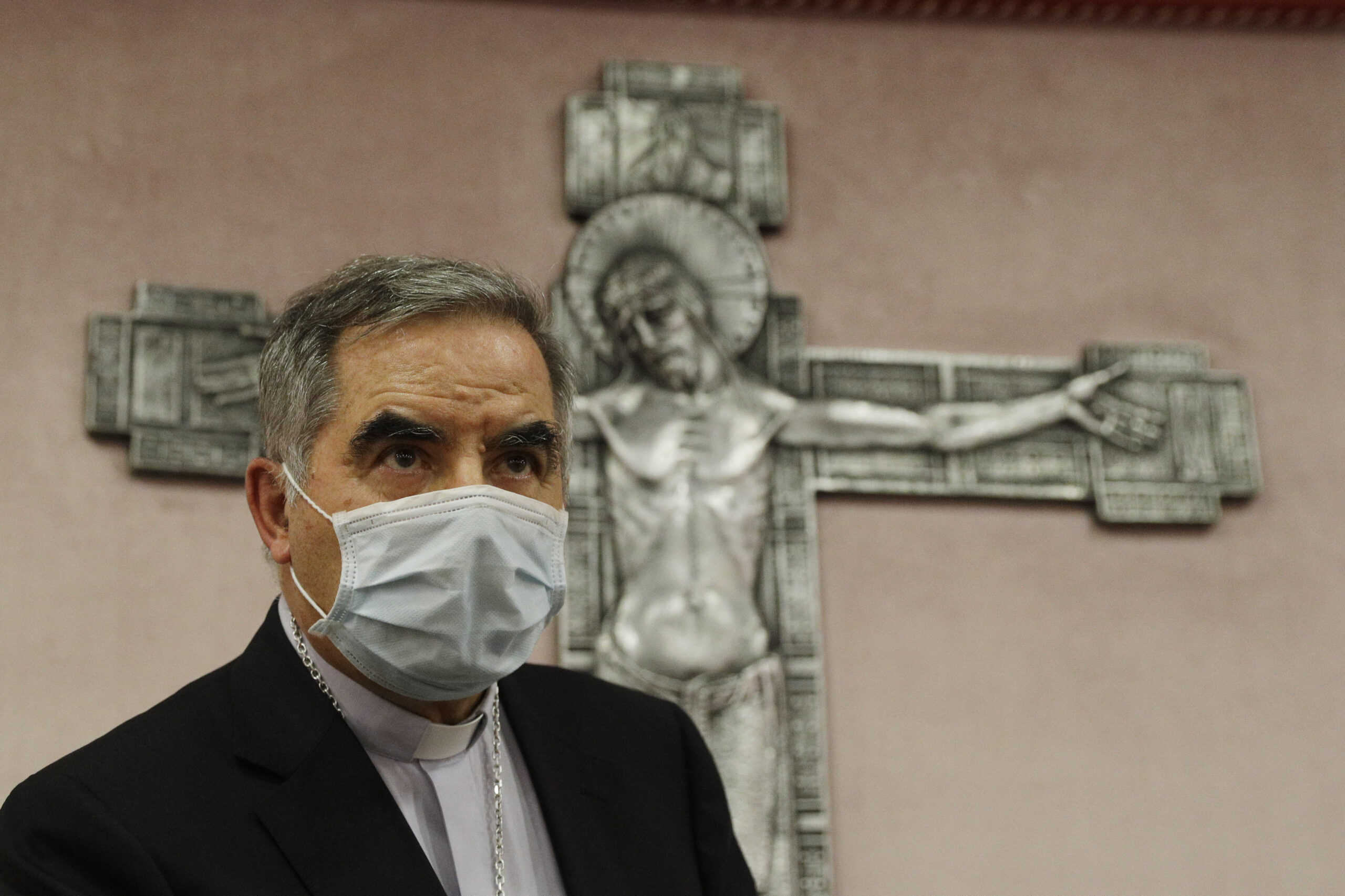 The trial is a key turning point in Francis’ attempts to clean up the Vatican’s finances and introduce corporate standards of transparency. It is also the first time in memory that a cardinal of the church has been put on trial. Cardinal Angelo Becciu, once the third-highest-ranking prelate in the Vatican, is accused of corruption, money laundering and mishandling the institution’s funds, including those collected for the pope’s charitable works.

RELATED: On first day of bishops’ conference, a spectrum of Catholic thought

It was Becciu’s lawyer, Fabio Viglione, who initially led the charge in Wednesday’s proceedings, saying evidence handed over by the prosecutors is incomplete and, in some points, redacted. Viglione called the omissions “a mutilation of the evidence.”

“The issue here remains the same,” Viglione said. “We want to defend ourselves and we want all the data and what we need to establish an effective defense.” According to the lawyer, the persistent reluctance by prosecutors to relinquish the entirety of the evidence implies the “irreparable nullity” of the trial.

The Vatican judges decided to take time to reflect on the demands made by the defense lawyers and adjourned the trial to Dec. 1.

RELATED: Think we’re living through the Apocalypse?RELATED: So did first-century Christians