(RNS) — Marvin Olasky has long believed in the Bible and the power of journalism.

For nearly three decades, he put his faith in both to work as the editor-in-chief of World magazine, a theologically conservative publication that values street-level reporting over “suite-level” opinions. That approach, he said, set World apart at a time when hot takes often drive more traffic than detailed, careful, intensive reporting.

“There are a whole lot of publications I can read for various opinions,” he told Religion News Service in a phone interview from his home in Austin, Texas. “But who else in Christian journalism is doing, on an issue by issue basis, that type of digging for specific details? That’s where I think World has a unique position. And I’m very proud that we’ve been able to fulfill that calling for all those years.”

Olasky had hoped to end his tenure as editor-in-chief, which began in 1994, in the summer of 2022. Those plans changed after World’s publisher announced the launch of a new online opinion section, overseen by Albert “Al” Mohler, a prominent Southern Baptist seminary president known for his conservative commentary. The decision to start the new World Opinion was made without Olasky’s approval — he had heard some discussion in the spring of 2021 about bringing in outside opinion writers but objected to the idea. He viewed the decision to start World Opinion as a no-confidence vote by the board of God’s World Publications Inc., the magazine’s parent nonprofit.

In response, Olasky resigned, effective Jan. 31.Several other key World staffers have also resigned, including senior editor Mindy Belz, who had been with the magazine since the 1980s; magazine managing editor Angela Lu Fulton; and senior reporter Sophia Lee.

RELATED: Mark Galli, former Christianity Today editor and Trump critic, to be confirmed as a Catholic

All were concerned the new opinion section — which focuses on conservative political and cultural views — would overshadow World’s commitment to reporting. Perhaps more than that, they worried the conservative commentary would define World’s identity and the opinion section would claim to portray “the Christian view” on a topic, rather than one of many views held by Christians on a specific topic.

“To me, the issue is the belief that one narrow subset of Christians is in sole possession of the ‘correct’ ideology and are the only voices to be trusted,” Fulton said in her resignation letter, which she posted on Twitter. “That mindset runs counter to the message of the Bible as well as the on-the-ground reporting that we do in diverse communities in the United States and around the world. “

Olasky told RNS he has long been concerned about Christian commentary that’s based on political concerns, not the Bible. He recalled reading a magazine early in his career that rated members of Congress on how Christian their views were on the topics of the day. One of the issues included in the ratings was the fate of the Panama Canal and whether it should remain under U.S. control.

An important issue, said Olasky, but not one the Bible spoke to.

“I don’t remember the Book of Panama anywhere,” he said.

World’s editorial guidelines, which were shaped by Olasky, also warn about journalism that promotes conflict and panic. One section seems particularly fitting for the world of social media.

“Amoral journalism emphasizes all the sound and fury in the world and presents people’s lives as tales told by idiots, signifying nothing,” the guidelines read. “In reporting sensational events, we try to avoid the overheated prose that characterizes many politicized publications. Our motto: Sensational fact, understated prose.”

World has not always lived up to that standard, in the eyes of critics. In 1997, the magazine was censured by the Evangelical Press Association’s ethics committee for stories about gender-neutral language in a Bible translation that the committee deemed “distorted and sensational,” according to an RNS report at the time. That censure was later withdrawn, largely due to the committee failing to follow association bylaws.

A longtime fan of the Red Sox and other Boston teams, Olasky used a sports metaphor to illustrate his concerns about World. During the kickoff of a football game, it’s crucial the players of the team kicking off stay in their lanes as they run down their field. Otherwise, disaster will strike. In the world of Christian journalism, he argues, World’s lane is reporting informed by Christian beliefs, not conservative culture war commentary.

“I wonder if the board members understand what World’s lane is,” he said.

Kevin Martin, CEO of the World News Group, declined to speak about internal decision-making at the organization. He did tell RNS the magazine staff will continue to do in-depth reporting and will retain editorial independence.

“The editorial independence the magazine has enjoyed in the past will continue, of course,” he said in an email. “That has been a hallmark of my tenure here, and the tenure of the CEOs before me. It will not change now.”

“I bring this up only to say that we have a deep reporting bench that we will need to shift from other platforms to the magazine in the short term to make up for the great writers we have lost along with Marvin,” he said. “It won’t be easy, and we’ll really miss those who have left, but the reporting work goes on.”

World previously ran a bloglike opinion section in the early 2000s, but it was largely unsuccessful.

The launch of the new section comes at a time when World’s finances are healthier than they have been in years. The organization ran deficits from 2002 to 2007, then again in 2009 and 2012, when expenses exceeded revenue by nearly $600,000, according to financial disclosures made to the IRS. World had a negative balance in its total assets from 2005 to 2018, reaching $2.8 million in the red in 2009. 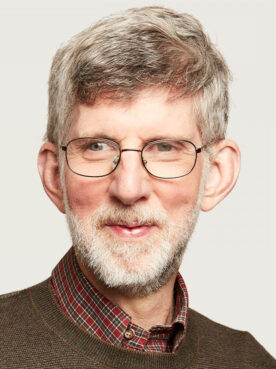 Olasky said that for almost all of his tenure, he was kept insulated from the business side of the operations, allowed to publish as he saw fit as editor-in-chief. He described much of his experience as working at the “Belz Brothers Building and Loan,” a reference to World’s founder, Joel Belz, and the movie “It’s a Wonderful Life.”

Olasky made it clear he has confidence in the staff still at the magazine and in the work being done overall at World. The issue for him is World Opinions.

The staff departures reveal tensions behind the scenes at World that reflect the larger conflicts in evangelical culture, especially around race, politics and former President Donald Trump, as well as concerns about World’s future direction. Former deputy chief content officer J.C. Derrick was fired in 2020 after bringing up some of the conflicts.

Mindy Belz, known for her extensive reporting in the Middle East, cited conflicts among evangelicals and changes at World in her farewell column. Belz — sister-in-law of Joel Belz — also said she’d found hope in reporting on the lives of Christians outside the United States.

“There the gospel is having its way in beleaguered hearts, and Christianity is on the rise — in the way it uniquely does rise, not as a conquering battle-master but as a suffering servant, reviving the faint and giving hope to the weary,” she wrote.

Not all former World staffers are displeased with the new opinion section. Megan Basham, who freelanced for World starting in 2007 before joining the staff for several years, said she’s found it offers the kind of thoughtful commentary few other conservative outlets offer. She pointed to an essay by Samuel D. James, calling for churches to help men to “a rich life of worship, temperance and self-sacrifice.”

Basham left World to go to The Daily Wire, where she reports on entertainment, which she called a “great opportunity.” She also said there were personality conflicts between magazine staff and other parts of World’s staff.

“I don’t want to get too deep in the weeds about it, but I will tell you that I came to not enjoy working with the magazine team,” she said, adding that she was disappointed Olasky and other staffers criticized World on the way out the door.

Terry Mattingly, a veteran religion columnist and senior fellow at the Overby Center at the University of Mississippi, said the conflict between Olasky and other leaders at World over the new opinion section is understandable. Much of the traffic and energy online is driven by hot takes and opinions, and every publication has to reckon with that. He also said Olasky, a longtime friend, believes World’s new initiative is joining a crowded field where its competitors will already be far ahead.

He sees Olasky’s resignation as part of a sincere conflict over World’s future and its editor-in-chief’s legacy.

“Any man who has dedicated decades of his life to an institution probably doesn’t like having the identity of that institution changed,” he said.

Susan and Marvin Olasky in Shanghai, China, where they taught a World Journalism Institute course in 2018. Courtesy photo

For his part, Olasky, who also taught journalism at the University of Texas and runs the World Journalism Institute, described the end of his tenure as editor-in-chief in bittersweet terms, saying he’d heard from many former students in recent days, with fond memories and kind words. One former student who clashed with Olasky referred to him on Twitter with an expletive, but then added that he made her a better journalist. The exchange made him smile.

He also praised the magazine staff who remain at World, as well as all the other people who make the journalism at the magazine possible. While he believes strongly in separation between the business side of journalism and the editorial side, he is thankful for those on the business side, calling their work essential. And he plans to continue as dean of the World Journalism Institute, where he has long trained young journalists.

Until recently, he thought any internal conflicts at World could be overcome. He knew, for example, that some board members were not fans of Olasky’s criticism of Trump, whom the magazine labeled as “unfit for power” in October 2016. Still, he remained as editor-in-chief for five more years. And a review of World’s financial reports to the IRS showed no change in revenue that correlates with the criticism of Trump.

Olasky said he remains hopeful about the future of World, of America and of the Christian church. In a recent column, he warned about the dangers of a “Flight 93” mindset, a reference to the passengers on a United flight on 9/11 who fought back against their hijackers. That mindset can lead people to conclude the nation is headed toward civil war. Instead, he argued that Christians should not lose faith or see their opponents as enemies.

He points to his own conversion as a sign of God’s grace. Born into a Jewish family, Olasky gave up on God as a young man, becoming an atheist and communist in the 1970s as a student. Then he had a dramatic conversion.

“I have learned, both from history and from my own personal experience, not to underestimate what God can do,” he said.