(RNS) — Donald Trump has an almost eerie understanding of evangelical Christian politics — a facility that was on display Sunday (Dec. 19), when the former president was on hand at First Baptist Dallas at the invitation of its pastor, Robert Jeffress.

I say eerie because Trump’s sense of what evangelicals want is better than that of most of us who consider ourselves experts, and because it comes in spite of his not having any evident shred of personal religious devotion, meaningful knowledge of Christianity or reverence for anything other than himself. Perhaps he understands evangelical politics precisely because he is unencumbered by fear of God.

Our mistake is that we assume people will stop themselves from maximizing their power, advantage or wealth because of guilt, regret or some prevailing sense that there are things God wants them to do or not do.

Trump, by contrast, appears untroubled by things like ethics and shame. His defiant co-opting of evangelicalism is largely explained by the question “Who is going to stop me?”

RELATED: Why ‘Merry Christmas’ is better than ‘Happy Holidays’ for Americans of all faiths

If you haven’t been following, Trump has thus far spent much of his post-presidency hunkered down at his Florida estate, dodging speculation about his health, evading investigations, sending out ridiculous pronouncements and email fundraising appeals, and hosting all manner of obnoxious figures who would come to Palm Beach to kiss his ring.

It was only a matter of time, however, before Trump the Showman got on the road again. A Texas swing over the weekend targeted a favored constituency: white evangelicals. Jeffress took advantage to pack the house on the 4th Sunday of Advent. Those who waited hours to enter were handed worship bulletins with Trump’s face printed prominently on the cover.

Jeffress spoke effusively of how he came to admire Trump in the first place, and the congregation — ostensibly gathered for the ordered worship of Almighty God — erupted in applause when Trump was named and especially after he spoke.

Invited by Jeffress to bring a special Christmas greeting, Trump delivered disjointed comments that mixed rants about the Biden administration and sentimental thoughts about Christmas and Christianity designed to appeal more to God-and-country cultural Christians than serious Bible believers. 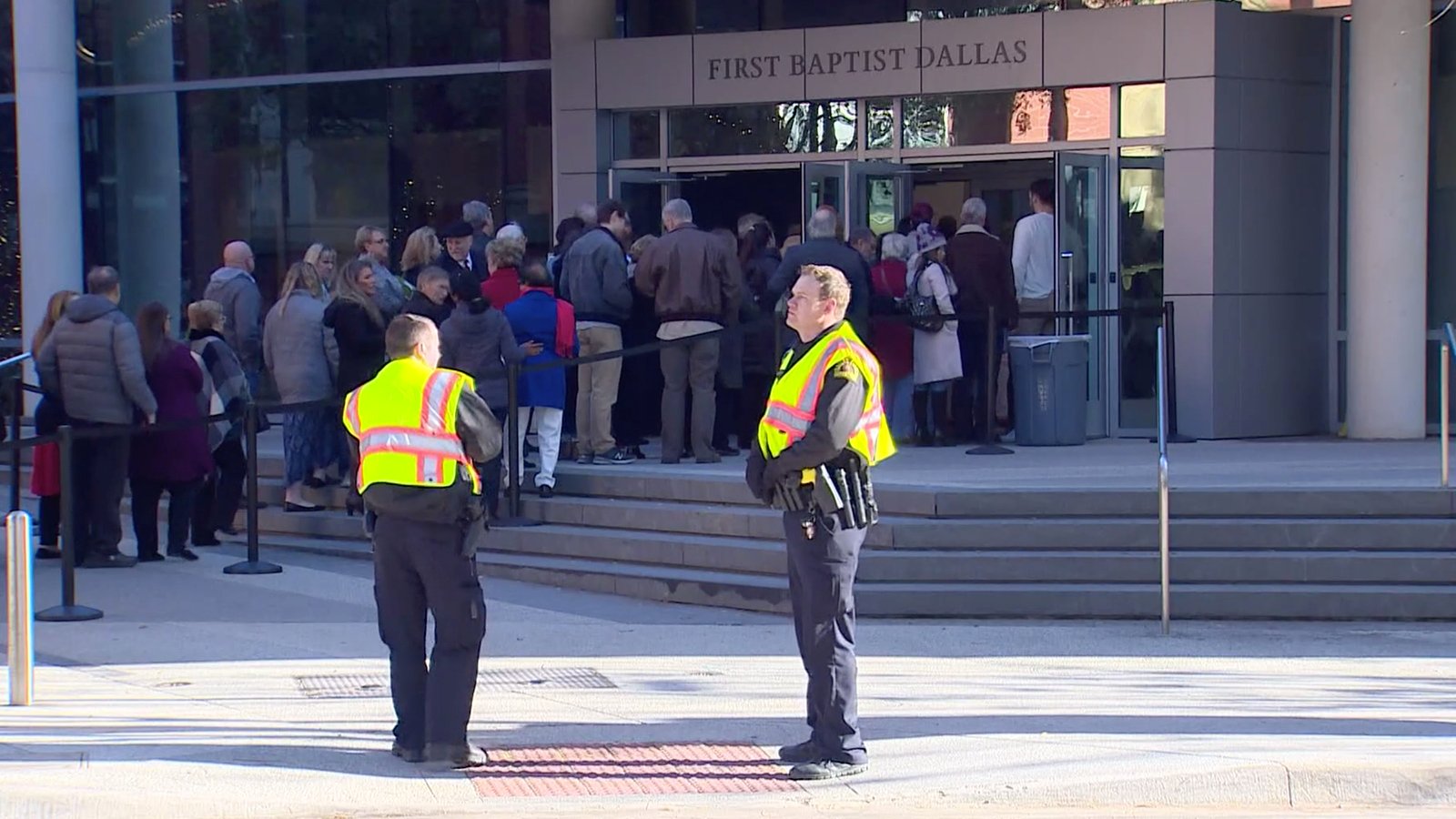 Combined with his bizarre antisemitic comments to an Israeli journalist on the Friday before and an appearance with Fox News personality Bill O’Reilly at the American Airlines Center after his appearance at First Baptist, Trump proved that he is intent on keeping his strong connection to religious conservatives alive as we head into the next election cycles.

Reducing his base voters’ faith to a secondary cultural affinity and religious leaders like Jeffress to clown-show lackeys, Trump knows that the answer to “Who is going to stop me?” is “No one.”

White evangelicals, after all, stand out among religious groups for vaccine hesitancy, for believing Trump’s lies that the 2020 election was stolen and for not wanting to live in a religiously diverse country.

Other outlets have pointed out that Trump might have invited the displeasure of evangelicals with his antisemitic comments. But while such talk is not helpful with most conservative Christians, anti-elite sentiment and pro-Israel comments resonate strongly with mainstream evangelicals.

And while comments like “They’re Jewish people that run The New York Times — I mean, the Sulzberger family” may not inspire Trump’s evangelical base, his statement “The New York Times hates Israel, hates them” absolutely does.

When Trump told O’Reilly that he had recently received the vaccine booster, some in the audience booed, suggesting that Trump is now out of step with the anti-vax movement he so assiduously courted and legitimized as death counts from the COVID-19 virus climbed at the end of his presidency.

Trump cautioned vaccine skeptics, “You’re playing right into their hands.” But even this pronouncement arises from self-interest: White evangelicals are more useful to his 2024 project alive than dead.

If Trump sounded kooky on Jewish media rants and more mainstream on vaccinations, it’s because he understands instinctively that he needs a precise mix of kookiness and common sense to hold onto his evangelical coalition.

Christian leaders and laypeople who appreciated evangelicalism as a distinctive revivalist, biblicist theological tradition lament that the word “evangelical” is now mostly a political term.

Trump recognized this early in the 2016 election. In a primary field in which actual believers like Jeb Bush, Marco Rubio and Ted Cruz competed for evangelicals’ allegiance with appeals to faith, Trump offered a purely political deal: Make Christianity symbolic, not substantive. Make the Bible a prop. Drop the pretense about actual Christianity, which is hard to find in the Republican platform, and get concrete wins on abortion and symbolic wins on cultural Christian affinity items.

Trump still owns this turf because earnest Christians like Mike Pence, as damaged as they are by their association with Trump, have a hard time stooping to his level of shamelessness. But he also is the only figure with the political skill to weave together the perfect amount of casual racism and antisemitism, the degradation of religious and political norms and institutions, and the right mix of anti-elite cultural grievance — all while making his coalition more racially diverse than the two previous Republican presidential nominees’.

The art of Trump’s political deal is that he knows that even most skeptics — sincerely religious white evangelicals who loathe him personally but like his promises and policies — will end up voting for him anyway.

The MAGA rally at First Baptist Dallas on Sunday morning was disturbing.

But who’s going to stop him?