(RNS) — For Amna Omar, who recently graduated from San Diego State University, the worst moment came in her freshman year, when a classroom discussion about religion turned to Islam. One student singled out Omar, telling her she was “oppressed” because of her jilbab, or full-body covering. Far from being concerned about her oppression, the student told Omar, she said, to “go back home” because her attire was not mainstream.

No one else objected to her treatment, she recalled. “The professor did not say anything. Nor did any students get involved. It was as if nothing happened,” Omar said. Omar chose not to tell administrators, saying the incident, which was hardly the only one she’d experienced or heard about, made her feel “defeated.”

Despite American academia’s reputation as strongholds of social justice consciousness, Muslim students on campus are frustrated by the acceptance of Islamophobia from school administrations and fellow students. Experiences like Omar’s are compounded by constant slights such as the lack of spaces to pray, a deficit of chaplains as well as meal and exam schedules that don’t accommodate Muslims’ religious needs.

Some students and their advocates are now pushing for recognition that anti-Muslim bias is as much a problem as discrimination against other ethnic or racial groups and needs to be addressed in similar ways.

The Council of American Islamic Relations’ California chapter conducted a study in the 2019-20 school year aimed at understanding the prevalence of Islamophobia on the state’s campuses. After surveying approximately 570 Muslim students at more than 60 institutions of higher learning, public and private universities, CAIR found that nearly 40% of the Muslim students experience harassment or discrimination, based on their religious identity, from peers, campus administrators and other personnel.

Nearly 72% of Muslim students surveyed reported that their schools failed to make statements, accommodations or otherwise address the effects of significant policy issues impacting their community.

Indeed, Title VI of the Civil Rights Act of 1964 prohibits discrimination on the basis of race, color and national origin, but the legislation says nothing about religion. Muslims, however, belong to no single ethnic group and have no recourse under the act. (The Trump administration, trying to curb antisemitism on campus, closed this gap for Jewish students by defining them as an ethnic group with common religious practices.)

In 2020, after students at the University of California Berkeley protested a nuclear engineering professor’s ties to Serbian nationalist groups with violent anti-Muslim histories, the school responded that it was unable to investigate because the professor’s activities fell outside the scope of her discipline. “Questions or comments about a faculty member’s viewpoints are best addressed to the individual in question,” said Dan Mogulof, Berkeley’s assistant vice chancellor. 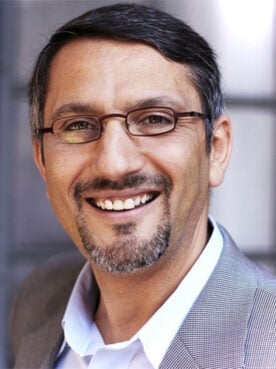 Asl Syed, an officer of Berkeley’s Muslim Student Association who asked that only his last name be used, said that while the university often partnered with Muslim students on “easier” lifts, the administration doesn’t take action against anti-Muslim harassment on topics such as the Israel-Palestinian conflict. “The second Muslim students’ safety and belonging is threatened,” Asl Syed wrote in an email; “admin is nowhere to be found.”

Hatem Bazian, director of the Islamophobia Research and Documentation Project at Berkeley’s Center for Race and Gender, told Religion News Service that “the Muslim is presumed guilty” on the campus. “And as such, (they) experience verbal harassment, bullying, even physical attacks. But the assumption is that the Muslim is the instigator.”

These attitudes have shown that such alienation can go beyond personal insults and can affect minority students’ educations. A 2016 Department of Education report that documented the effect of discrimination on students of color found that efforts to welcome and support students of color increased their graduation rates.

While Muslims were not a focus of that study, educators say that similar programs are needed for Muslim students.

“Islamophobia and anti-Muslim bias on campus has had a negative effect on Muslim students’ quality of engagement with faculty and their peers inside and outside of the classroom,” explained Shafiqa Ahmadi, co-director of the Center for Education, Identity and Social Justice at the University of Southern California’s Rossier School of Education. 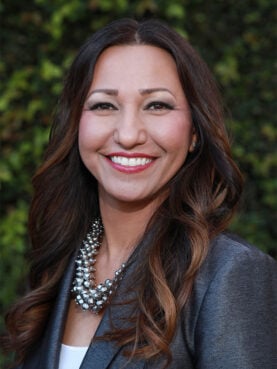 “Additionally, they face anti-Muslim sentiments and Islamophobic acts,” Ahmadi added, “which impact their sense of belonging in their academic programs as well as their overall campus experience, especially when Islamophobic incidents are not taken seriously and addressed by faculty and administrators.”

The impediments to education, experts say, begin with the admissions process and continue through their transition to graduate schools and careers.

“The latest I’ve heard (was) from a graduate student who was asked at an interview for medical school what he thought about terrorists and the usage of ‘Allahu Akbar,’” said Omar Tawil, a chaplain for Muslim life at Arizona State University. “Before the student could offer a reply, the interviewer continued to say that he was only asking out of a concern or hope that a potential medical student would be able to be loyal to scientific truth over religious beliefs.”

RELATED: Why do elected leaders keep getting a pass on anti-Muslim hate?

Students and their advocates are dedicated to educating their teachers and peers but say it is up to administrators and their instructors to change the narrative about Muslims.

Sanaa Ansari, an attorney with the civil rights group Muslim Advocates, said the Association of Muslim Chaplaincy is actively working on awareness as a solution as a first step to mitigate these negative instances.

But Bazian thinks that support for Muslim students and education of non-Muslims isn’t enough. He wants to see universities increase hiring of Muslim faculty and put resources behind sound research on Islamophobia and implicit bias. “There has to be a change of discourse,” he said.