(RNS) — In addition to Martin Luther King Day, residents of the state of Illinois will also celebrate the legacy of boxer Muhammad Ali for the first time on Monday (Jan. 17). The state-wide holiday in honor of America’s most famous Muslim American comes roughly five years after Ali died at the age of 74 in Phoenix, Arizona.

“As a diverse state with residents from all different backgrounds and faith traditions, it was critical for Illinois to recognize the contributions of one of America’s most influential social justice leaders and establish the first-ever Muhammad Ali Day,” said Maaria Mozaffar, director of policy and advocacy for the Illinois Muslim Civic Coalition, which advocated for the designation of the day.

The measure to name it Muhammad Ali day was unanimously passed by both the Illinois House and Senate last year and was signed by Illinois Governor J.B. Pritzker on August 19. The date chosen, Ali’s birthday, happens to fall this year on the observance of Martin Luther King Day. During the period in which both men were active civil rights leaders in the 1960s, Ali and King often disagreed publicly on political matters. Yet, behind closed doors, the men were reportedly close friends.

The commemoration of the first Muhammad Ali Day will include speeches from civil rights leader the Rev. Jesse Jackson; Illinois Lt. Governor Juliana Stratton; Maryum Ali, one of the former champion’s daughters; as well as leading figures in the local community. The commemoration of what would have been the former champion’s 80th birthday will be held virtually due to COVID-19.

“By establishing this commemorative holiday as part of our Contributions & History of Muslim Americans law, we remind everyone that America’s Champ is both a dedicated Muslim and American patriot,” said Mozaffar.

As a fighter, Muhammad Ali was all over the ring with a style he famously described as “float like a butterfly and sting like a bee.” Today the champ’s legacy ranges much farther than the squared circle of the boxing ring. Five years after his death, Ali remains an ever-present figure in both sports and pop culture, from Netflix to grocery stores. 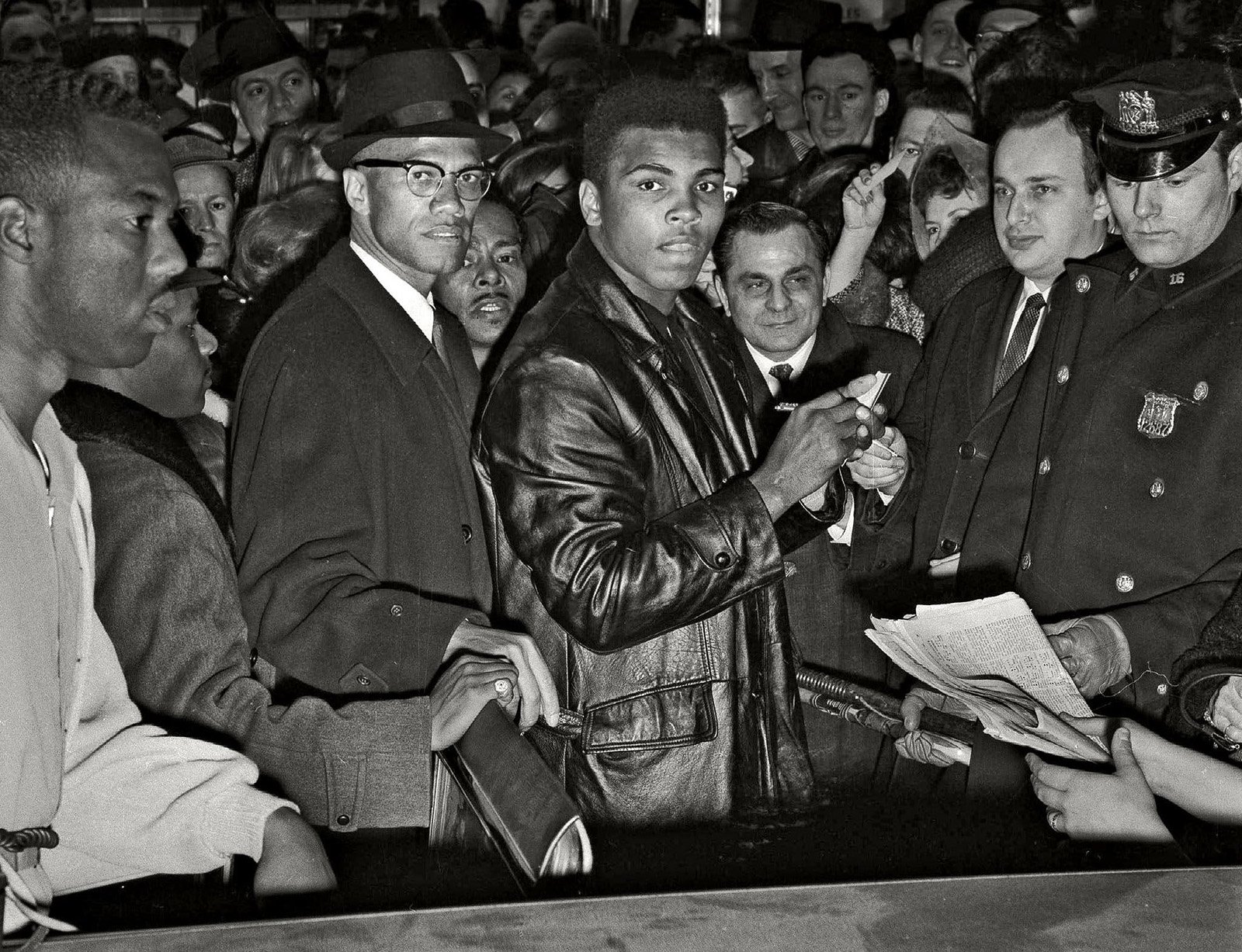 Last year Ali was the subject of the documentary “Blood Brothers: Malcolm X & Muhammad Ali” based on the book of the same name, which chronicled the tumultuous relationship between the two men. Meanwhile, Gatorade launched a limited-edition product line of sports recovery drinks featuring Ali’s image. Yet some worry that with increasing commercialization, the impact and meaning of Ali’s life will be diminished. Efforts like the Muhammad Ali Day celebration in Illinois serve to keep his legacy alive.

“It’s crucial that we remember that the social justice leaders we celebrate today stood alone during their time in history, demonstrating courage and conviction in standing up for their beliefs without widespread support,” said Mozaffar.

The designation of Muhammad Ali day is also a recognition of the close ties Muhammad Ali had to the Prairie State. Ali lived in Illinois for a number of years in the 1960s and 1970s where the Nation of Islam, of which he was a member, was largely based. Ali’s ties to the state continue to echo today. The Illinois-born grandson of Muhammad Ali, Nico Ali Walsh, became a professional boxer last year. Like his grandfather, Nico Ali Walsh is a practicing Muslim who peppers post-fight interviews with words from the Quran and sports an Arabic tattoo on his right bicep. He launched his pro-boxing career last year wearing a pair of boxing shorts once worn by his famed grandfather in the ring.

In 2019, an 81-acre Illinois property once owned by the boxer was sold to the Turken Foundation, a New York-based charitable foundation with ties to Turkey. The foundation reportedly plans to turn the site into a leadership retreat and museum commemorating the boxer’s life. Turkish President Recep Erdoğan tasked the foundation with the upkeep of the property at the request of two of Ali’s daughters. Erdoğan, himself a former semi-professional soccer player, has long been inspired by Ali’s story. In 2016, the Turkish leader signaled a willingness to travel to Ali’s funeral in Louisville, Kentucky, if he would be allowed to speak. Ali’s family declined to let Erdoğan speak, as they did not want to politicize their father’s death. The Illinois estate was once owned by one of gangster Al Capone’s lieutenants. 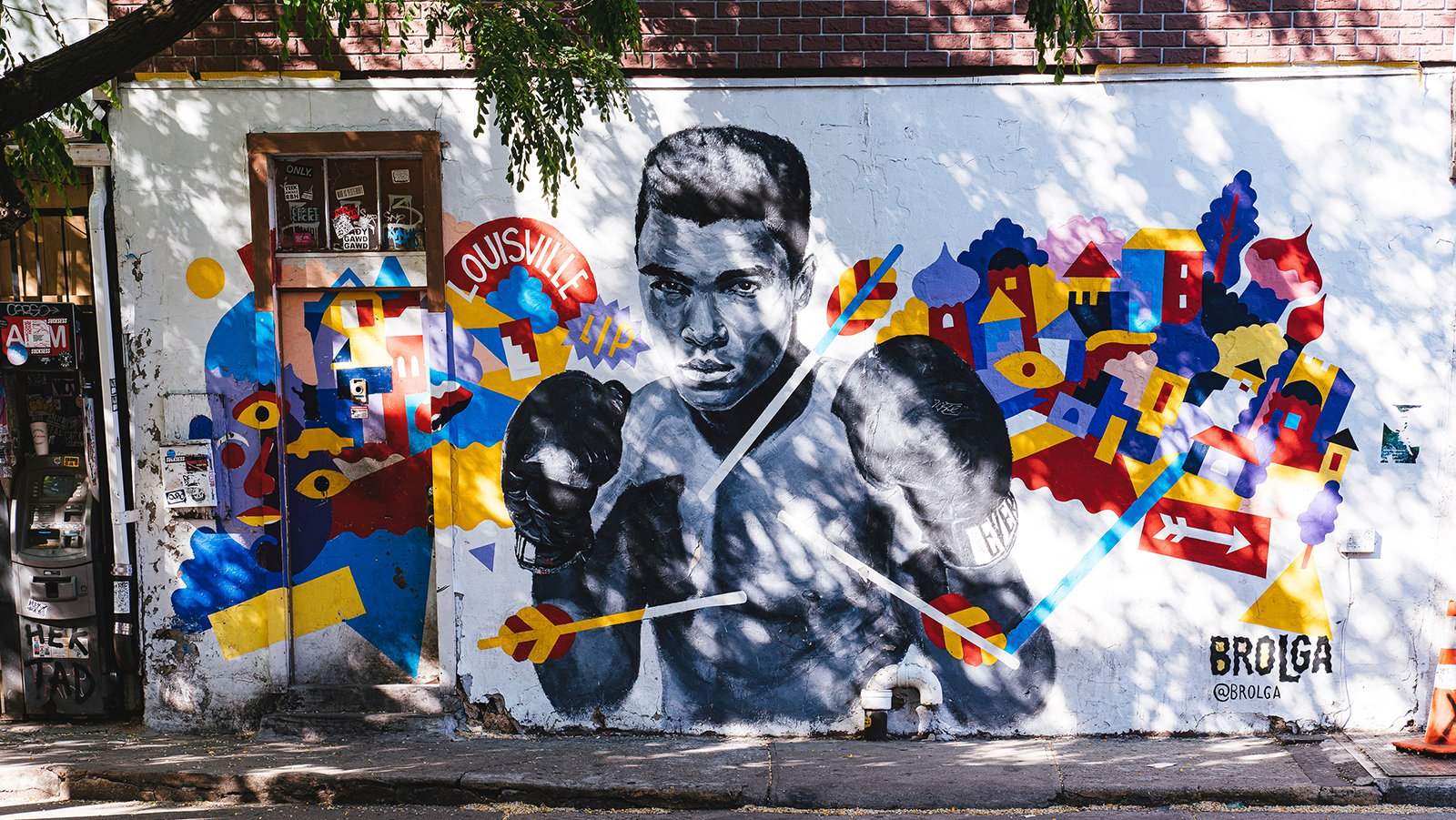 The son of Louisville, Kentucky, continues to inspire athletes not just in America but around the world. French soccer star Paul Pogba, who, like Ali, converted to Islam, praised the boxer in an interview with a British media outlet last fall for “saying the truth when it was difficult to say, at a time when it was difficult for Black people.”

As recently as last month, Scottish tennis star Andy Murray, who has battled back from potential career-ending surgery, cited Ali as an inspiration for his dogged drive to return to the pinnacle of the sport. In the United States, NBA star Kyrie Irving, a recent convert to Islam, drew controversy when he compared his opposition to taking the COVID-19 vaccine to Muhammad Ali’s opposition to the Vietnam War.

“With the rise of Islamophobia in our nation, we needed to remind people of everything America’s Champ stood for as a proud African American Muslim,” said Mozaffar.