(RNS) — It is a truth universally acknowledged that a single man in possession of a Christian faith must be in want of a wife.

He might even declare you are his future one.

Many women scratch their heads upon hearing God has informed a man they barely know that they are to be married. Having perhaps confused their own desires with the will of God, Christian men claim a spiritual upper hand: God spoke to them, and now it’s up to you to embrace the plan.

This quirk of evangelical dating culture crops up in youth groups and on college campuses — many women I know have experienced some version of it — but it’s nothing new. It reflects longstanding teachings on headship and submission in marriage: that a husband is the head of the wife, a reflection of Christ’s relationship to the church, and that wives are to submit (an interpretation of the New Testament passage Ephesians 5:22-24).

Within Christian dating, men are to pursue and to lead. Women are to trust and to follow. If a man tells you “God told him” you are his future wife, you should be flattered, I guess, although God could have at least given you the memo.

In the new film adaptation of “Redeeming Love,” the best-selling romance novel by Francine Rivers, headship and submission have never been hotter. (Spoilers ahead, by the way.) Tending a farm in 19th-century Gold Rush California, a young man named Michael Hosea (Tom Lewis) prays for a wife. Then he sees Angel (Abigail Cowen), a real knockout who is also a prostitute, a victim of sex slavery and all manner of abuse. No matter: Michael just knows Angel is his wife, telling God, “You have a sense of humor.” Here, we infer that God and Michael fist-bump. 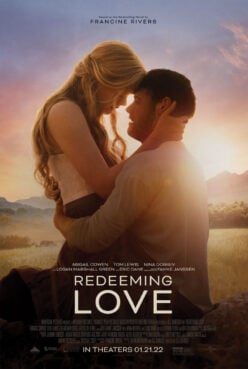 On many visits to the brothel, Michael offers to rescue Angel in the form of marriage. Angel resists, but after being beaten nearly unconscious by a bodyguard, she consents to Michael in order to escape. After Michael takes Angel to his farm, she struggles to stay, convinced she deserves the violence heaped upon her and is unworthy of love. She runs away many times while Michael patiently waits for her return.

“Redeeming Love” is a retelling of the Book of Hosea, the Old Testament story about a prophet who is hopelessly devoted to his harlot wife, Gomer. The story is an analogy for God’s steadfast love for wayward Israel. Because, like the biblical Hosea, Michael Hosea represents God; he is a flattened portrayal of male Christian virtue.

Michael is always patient, hopeful and prayerful, while Angel is always (until the end) a hot mess. He’s good, she’s bad. He’s pure, she’s stained. He’s steady, she’s fiery. He’s her redeemer, she’s his reward. These binaries may reflect the biblical story well, but they don’t add up to a compelling narrative about real people. Layered on to this is the film’s very white, very Instagram-worthy representation of male and female hotness.

One wonders if stories like “Redeeming Love” — a novel that was wildly popular among Christian women in the ’90s and had a resurgence in the early aughts — have misshaped Christians’ beliefs about marriage and what it takes to build a life with another complex human being.

To its credit, “Redeeming Love” lets Angel experience marital sexual pleasure. (Reader, I was surprised by how much we see — within PG-13 limits.) In warped notions of headship and submission, women often come to believe they should sexually please their husbands and expect little to nothing in return. This is not what the Bible teaches, and it’s also not what we see here. Perhaps the filmmakers are trying to show married sex can be hot and that Christians are not prudes. Regardless, I can’t think of another movie where we see a Christian couple — especially a Christian woman — express sexual pleasure, and that’s to be commended. Unfortunately, the bedroom is the only place where Angel seems to have much agency. When she accepts Michael’s proposal, she is semiconscious — not a great start to a partnership. Her life at the brothel, where she was enslaved from a young age, is hellish. But there’s an unfortunate parallel at the farm, where men still call the shots. The story reflects the patriarchal norms of its time, but faith elements simply reinforce rather than challenge those norms. In one egregious example, Angel tells Michael she might not be able to have children. At the brothel, she had been forced to have an abortion, seen briefly in a flashback. After his wife has told him that she was sterilized against her will, Michael smiles, clasps her hands, and says, “Nothing is impossible.” Michael might think he’s the good guy here, but this is a terrible, selfish response to his wife’s disclosure. At the brothel, Angel’s traumatized body was in service to men’s lustful desires; at home, it’s in service to Michael’s hopes and dreams.

Much to my chagrin, after all this, I found Angel’s final return to the farm moving and convincing. After years away, she has healed from her traumatic past — through her own relationship with God and meaningful work at a school for abused women. She now believes she deserves love, which allows her to reciprocate Michael’s. Finally, we believe she is making a choice about her life from a place of wholeness instead of desperation.

Done well, romantic stories give us hope that love is real, an untamable force in the world that leads people to do crazy things, such as propose marriage in a brothel. And “Redeeming Love” is hardly the first romance to traffic in fantasies rather than the grit of two becoming one flesh. I don’t need all marriage stories to be “A Marriage Story,” as if the only honest romances are the ones that include incredible pain. I can appreciate a story of redemption and fulfillment within Christian marriage. 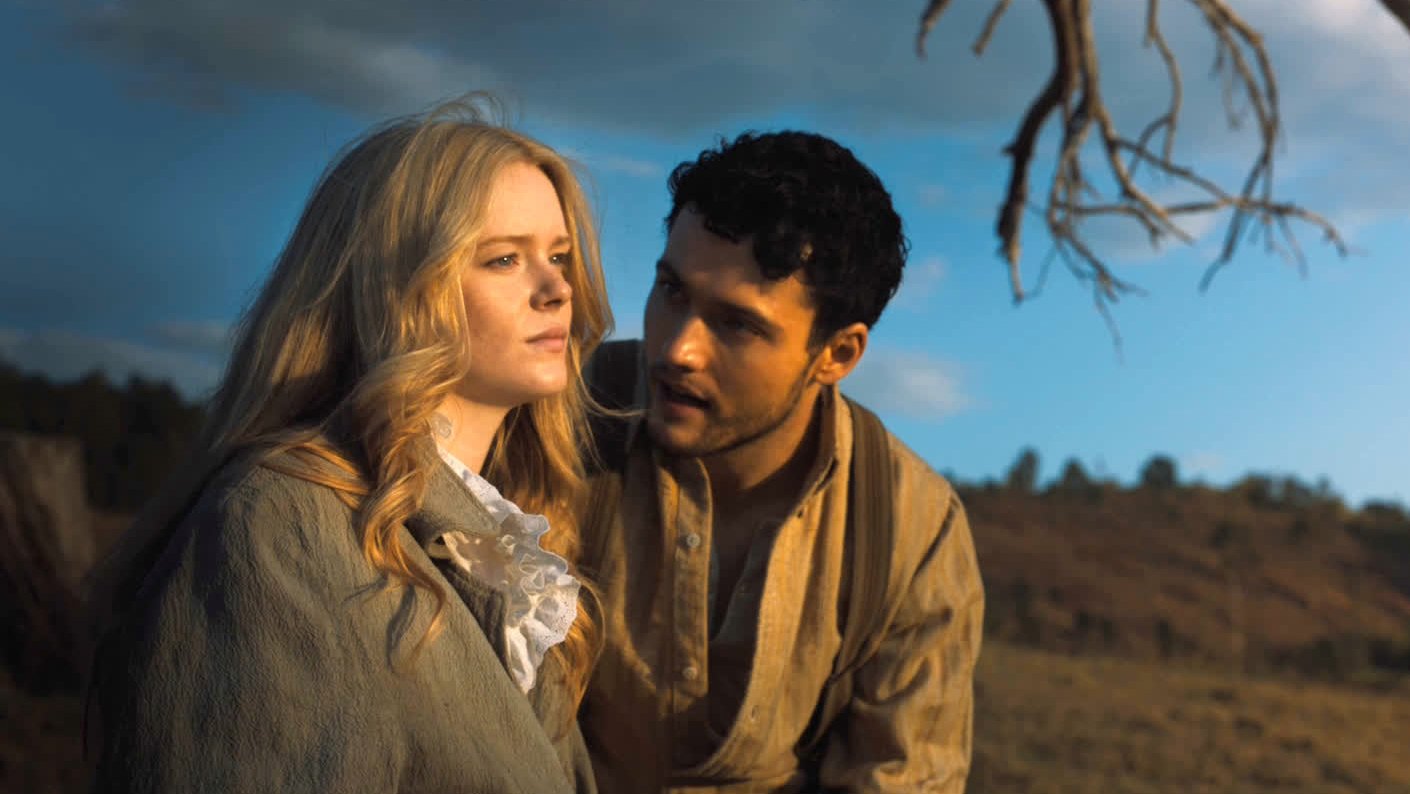 But I do hold Christian romance to a higher standard, because Christians ask to be held to a higher standard. In recent years, many evangelicals have grappled with the ways their faith has simply mimicked the world’s gender-based power structures. Historians like Kristin Kobes du Mez and Beth Allison Barr have excavated the root systems of the Western church to expose a deference to domineering male leaders and a disregard for the gifts and perspectives of women.

Some male figureheads have taught women in their flock to endure spousal abuse, to defer to bullying pastors, and to stay silent in the face of sexual abuse and coverup. Set next to these real-world horrors, the Michael of “Redeeming Love” looks like a prince. But maybe the world doesn’t need another story about a prince. Maybe it needs a story of true partnership and mutual submission — which is the biblical story all along. Benevolent patriarchy is still patriarchy.

And hearing that God and some guy have gone in on a plan for your life isn’t cute. It’s creepy as all get out.

(Katelyn Beaty is a former managing editor of Christianity Today and the author of “A Woman’s Place” and a new book on celebrity in the church. The views expressed in this commentary do not necessarily represent those of Religion News Service.)

News
Barring women as leaders in church may be bad for their health, new study finds
Follow us on Facebook!
Submit your photos to RNS