(RNS) — In his last hours as mayor of New York, Bill de Blasio issued an executive order that transferred hearings for parents appealing the school system’s plans for their special needs children to the city’s Office of Administrative Trials and Hearings, known as OATH.

The decision, aimed at clearing a backlog of appeals, is a deplorable mismatch driven by expediency, rather than the best interests of children. OATH is an agency whose main focus is noncriminal trials for those who violate city regulations, and it has no expertise in looking out for disabled kids. As a legal matter, OATH judges, as city employees, have an inherent conflict of interest in adjudicating cases brought against their employer.

A lawsuit brought by parent attorneys and advocates stands, among other things, for the obvious and well known proposition nemo judex in causa sua (“no one is judge in his own cause”). But the decision also forces us to ask philosophical questions about how we treat disabled people. Sherif Moussa is an attorney, Baruch College law professor and the founder of Moussa Law, a New York City firm that specializes in special education and civil rights law. He also holds a master’s degree in philosophy from Duke University. I talked to him about why this administrative decision has deeper implications for society.

New York City is generally considered a strong supporter of services for vulnerable people. But you’ve said in the past that it has a problem with ableism in its schools.

The special education complaint system in New York City is famously challenging for beleaguered parents of vulnerable and marginalized children. The de Blasio administration started out with high hopes for amending the system, promising a “parent-friendly, family-friendly approach,” but the plight of parents of children with special needs in New York looks like it’s about to get much more challenging.

While the existing system was certainly in need of improvement, it was impartial and mostly fair at applying the law. This change is opposed by two-thirds of participants of the system and effectively everyone who isn’t representing the interest of the New York City Department of Education. If this is happening in New York City, what can we expect elsewhere?

What do you think is behind the decision?

It’s impossible to say what the thinking was behind this move. The de Blasio administration’s last-minute action speaks volumes about the disregard shown to children with special needs.

It illustrates some of the most pernicious tendencies of the rampant throwaway culture that you address in your work and that (Pope) Francis has talked about. This change fails to embody the culture of encounter and hospitality Francis has famously espoused. The welfare of these children is likely taking a back seat to logistical and, possibly, financial concerns.

If the new mayoral administration in New York wants to establish an early tone of genuine encounter, it ought to take seriously its obligation to special needs education. It must provide this vulnerable population with a system that adjudicates disputes fairly and objectively. It can start to do so by listening to those in the trenches and heeding the appeals of both those experienced with the system and those who’ve demonstrated a genuine concern for children with special needs. 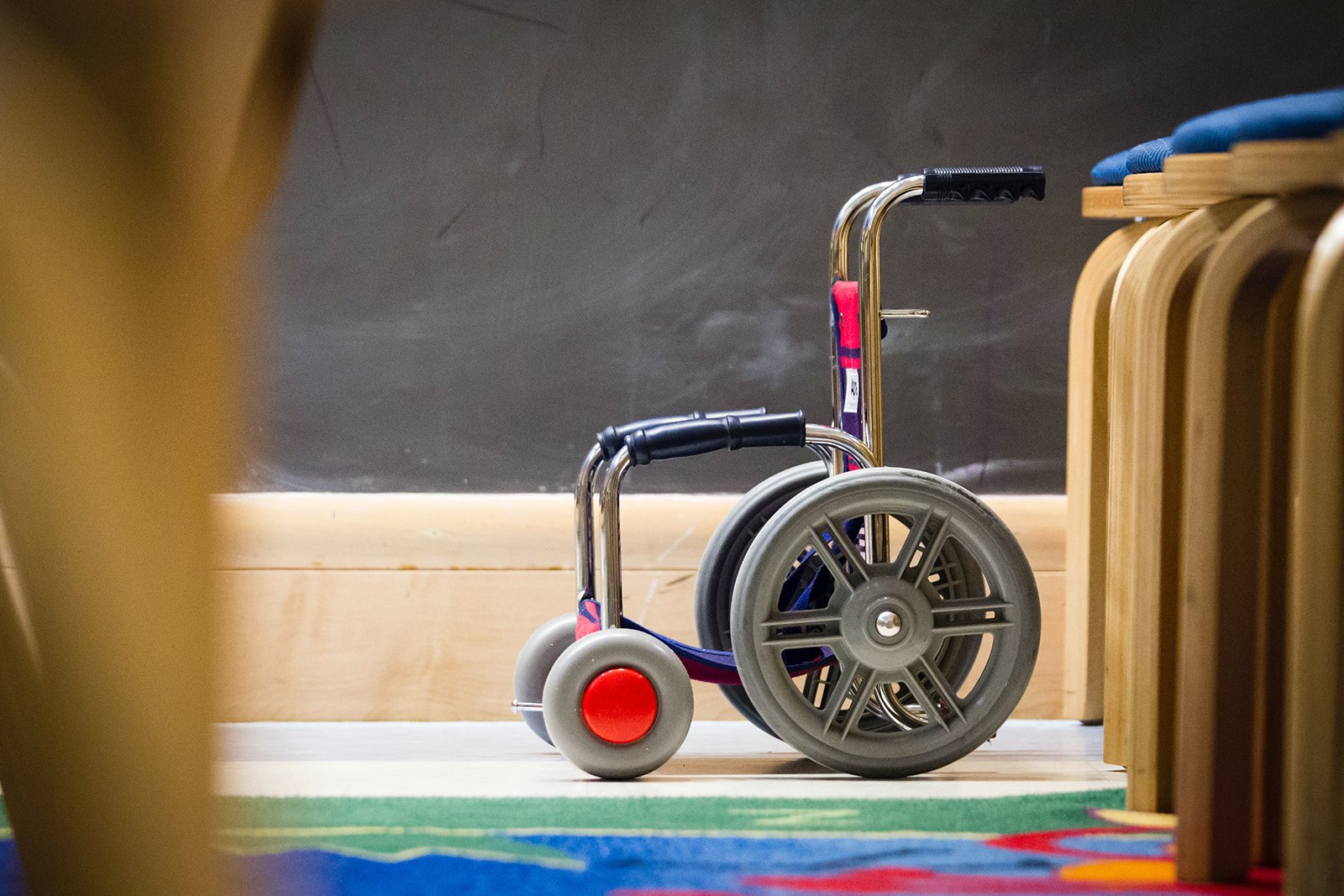 While we talk about saving vulnerable populations, it seems that disabled populations are often left out.

Their children have often been ignored, or at the very least haven’t been given the support they need to thrive. In December the Vatican released a message from Pope Francis for the U.N.’s International Day of Persons with Disabilities in which he reiterated his position that the worst form of discrimination is the lack of spiritual care. This is strikingly similar to what we see in a secular context where we see disabled children being discriminated against. They are denied not spiritual care but the secular analogue, educational care, because they are disabled.

What advice do you have for religious organizations in resisting ableism and throwaway culture?

My expertise is as an attorney who advocates for students with disabilities, but as someone who follows religious news generally and has an interest in theology and background in philosophy, I will say I was very pleased to hear Francis make a point of reaching out to people with disabilities recently. In his third encyclical, “Fratelli Tutti,” the pope specifically discussed the importance of the human dignity of disabled people and the importance of access to education.

He warned that if we didn’t improve, the notion of fraternity could turn into nothing more than a “vague ideal.” That’s an important point that I would think applies both religiously and secularly.

When I was a child — and I’m in my 40s now — there was almost no support provided to children with special needs. Although things have definitely gotten much better, we are still far from truly recognizing “the inestimable value of each person,” as Francis has put it. We still have a ways to go.