(RNS) — Rabbi Avi Olitzky was 26 when he started working at Beth El Synagogue in Minneapolis straight out of seminary.

Over the past 14 years he helped build the synagogue with its signature curved roof into one of the largest Conservative congregations in North America, with 1,250 member families.

But last week was his last.

Now 40, he has decided on a second career — consulting — where he will bring his Jewish wisdom and experience as an organizational leader to helping other congregations, nonprofits and businesses solve some of their thorniest problems.

“I did a life review and understood I wanted to do more than this one congregation,” Olitzky said.

He wasn’t burned out, Olitzky said. Neither did COVID-19 make his life impossibly difficult. “It was more about wanting my reach to match my capacity,” he said. 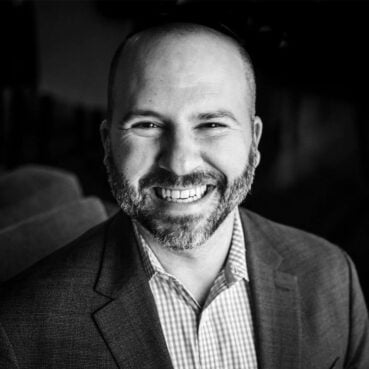 Many other rabbis have joined Olitzky on the exit ramp. This year, there are a record 80 Conservative movement rabbis who have decided to move on — to take positions at other pulpits, retire or take other nonsynagogue roles. Some of the pulpits they leave behind will likely remain vacant. There aren’t as many rabbis to fill their shoes.

“It used to be, the ultimate goal was to be the senior rabbi at a large synagogue,” said Emily Hendel, director of career services for the Rabbinical Assembly, an association of 1,500 Conservative rabbis. “Now the ultimate goal is career fulfillment. Sometimes that means shifting your career.”

In January, Hendel sent out an email to Conservative synagogues searching for a rabbi to let them know they could go ahead and search for a leader from outside Rabbinical Assembly ranks because there likely won’t be enough candidates to fill all the vacancies.

The Conservative movement, which occupies a middle ground between Orthodox Judaism’s strict adherence to tradition and the Reform movement’s openness to change, is declining. Once the largest of the U.S. Jewish denominations, the movement now represents only 15% of American Jews, according to a 2021 Pew Research study with about 560 U.S. congregations.

But the currents now lashing the Conservative movement may not be unique to it.  While there may be more vacancies this year (likely a result of rabbis postponing their retirement due to to the pandemic), there are longer-term underlying issues at play.  Many of those issues may be familiar to church leaders as well.

Congregational rabbis are older. A Faith Communities Today survey of 15,278 religious congregations across the United States showed that the median age of U.S. rabbis is 56.

“We have an aging population of pulpit rabbis and we’re not creating enough people to take their place,” said Rabbi Aaron Spiegel, president of the Synagogue Studies Institute, which collected the data about synagogues for the FACT study.

READ: Meet the student-turned-model who is putting AI to good use with her Robo Rabbi

The Conservative movement, which has two seminaries in the U.S. — one in New York and one in Los Angeles — will graduate and ordain a total of 23 men and women this spring. Last week, its Los Angeles-based Ziegler School of Rabbinic Studies announced it was selling its Bel Air campus but the seminary will continue offering rabbinic degrees.

The Reform movement, the largest in the Jewish denominational system, will ordain 29 U.S. rabbis this year from its three Hebrew Union College campuses.

Yet their ordination won’t necessarily lead to filled vacancies. A growing number of graduates aren’t seeking a pulpit career. The role of a synagogue rabbi is demanding. The average synagogue is larger than the average midsize church and typically has only one rabbi on staff, Spiegel said.

“We ask too much of one person,” Spiegel said. “That’s a default position synagogues have had for a long time.”

More men and women seeking ordination are choosing other career tracks such as chaplaincy, teaching, consulting or advocacy roles at nonprofits.

“The idea of what it means to be a rabbi in the world is shifting, in the best of ways,” said Rabbi Elan Babchuck, director of innovation at CLAL, the National Jewish Center for Learning and Leadership. “But when a marketplace shifts, the pipelines in that marketplace take 10 or 15 years to adapt.”

David Singer, a Conservative rabbi, is a good example of shifting careers. He started his rabbinic career at a synagogue in Dallas, then took a job at Hillel, the Jewish student organization, on the campus of the University of California, San Diego. Now he leads Limmud North America, an organization that provides Jewish learning through conferences and festivals. 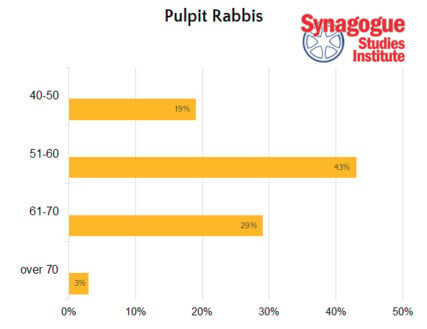 This chart shows the age range among synagogue rabbis based on the 2020 Faith Communities Today survey of 15,278 religious congregations across the United States. The Synagogue Studies Institute collected and analyzed the synagogue data.

“The passions that guide my work take place outside of the synagogue itself,” said Singer, 39.

Younger rabbis are also guided by their partner’s choices. After graduating from the Ziegler School of Rabbinic Studies, Rabbi Jeremy Markiz decided he would follow his wife’s career trajectory. When she did her medical residency in Pittsburgh, he found a job overseeing adult programming at Congregation Beth Shalom. When she took a permanent position in Maryland, he followed her there, and now works from home as digital communications and strategy consultant for synagogues and other organizations.

“I wanted to make sure to support my wife wherever she landed,” Markiz said. Having the flexibility to work remotely was a value added.”

The majority of rabbinic students will still seek pulpit positions. In fact, said Rabbi Lawrence Hoffman, a retired professor at Hebrew Union College, the Reform movement’s seminary, the pandemic forced synagogues to innovate in ways that are exciting to younger, tech savvy rabbis.

“Younger rabbis like change,” Hoffman said. “They think they can make up a new world for Jews. They see hope.”

But in the meantime, some Conservative and Reform synagogues will have to wait for a rabbi or offer the job to graduates of a growing group of independent, nondenominational seminaries.

And American Jews may also have to revise the assumption that rabbis only lead congregations.

“We have a very diverse and diffuse Jewish community that needs to be supported and engaged and worked with in a variety of ways,” said Singer. “If there’s a movement of rabbis being less interested in working in synagogues, that’s a problem for synagogues, but it’s not an immediate problem for Jews, if rabbis are interested in supporting Jewish community and building us up in the plethora of ways we come together.”

Correction: A previous version of this story said all 80 synagogue vacancies are due to exiting rabbis. But some of those 80 rabbis may not be leaving the pulpit entirely but taking positions in other synagogues.

READ: Dilemma for houses of worship: Openness or safety? 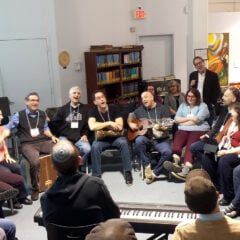 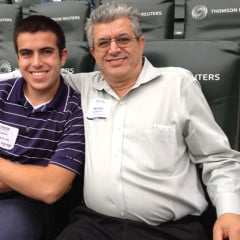 Politics
Minn. teen finds a religious mandate for gun control after father’s death
Follow us on Facebook!
Submit your photos to RNS