(RNS) — Saying he wants to spend his time focusing on racial reconciliation, Southern Baptist Convention President Ed Litton announced via video Tuesday (March 1) that he would not seek a second term in office.

Litton will become the first SBC president in four decades to not seek reelection after his first one-year term. The last SBC president to do so was famed Memphis, Tennessee, megachurch pastor and radio preacher Adrian Rogers.

A pastor from Mobile, Alabama, Litton was elected in June 2021 by a few hundred votes, narrowly defeating Georgia pastor Mike Stone, who was a member of the Conservative Baptist Network, a group that believes the nation’s largest Protestant denomination has become too liberal.

In his video, Litton highlighted some of the disaster relief work Southern Baptists have done this past year, including after the wildfire in Colorado and the tornadoes in Kentucky, as well as ministry done by Baptist churches at the southern border of the United States. 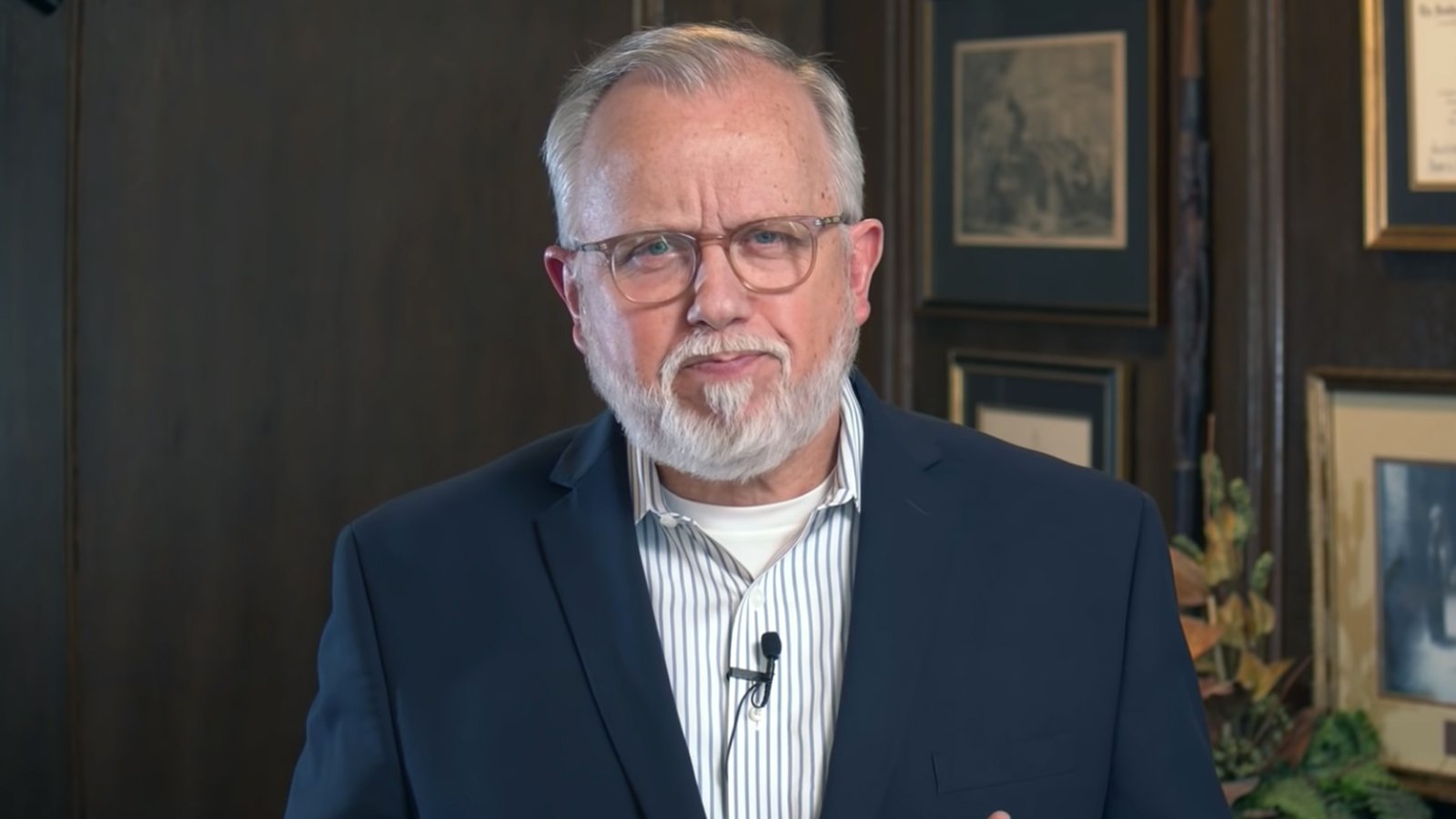 Southern Baptist Convention President Ed Litton announces that he will not seek a second term in office, March 1, 2022, in a video message. Video screen grab

He also outlined plans for what he called “gospel-centered racial reconciliation,” based on a program Litton had been part of in Mobile, where he is pastor of Redemption Church. As part of that work, Litton met regularly with pastors from different ethnic groups in Mobile and they worked together on issues of race in their community.

Litton said he hopes to introduce a national version of the approach taken in Mobile that can be embraced by Southern Baptists, calling it a “very simple strategy to pursue this kind of work that will bridge the racial divides throughout our communities throughout North America and bring about a gospel centered racial reconciliation.”

“I believe this work is something God is calling me to do and to devote myself to for the next five to 10 years of my life,” he said. “But I also believe that at this important moment in the life of our convention, it is best for me to do so as a pastor and not from the office of president of the Southern Baptist Convention.”

The announcement came two days after the SBC marked “Racial Reconciliation Sunday,” an annual event first introduced in the 1960s. Social media postings about the annual event were criticized over the weekend as a sign of liberalism.

On its website, the CBN denounced a recent online event focused on racial reconciliation in the SBC because the event, featured Litton and New Orleans pastor Fred Luter — the first Black president of the SBC — along with other speakers but did not include Memphis theology professor Lee Brand, the current first vice president of the SBC. Brand is Black.

“Southern Baptists are asking how they can take seriously claims that current SBC leadership genuinely seeks racial unity when they decline to include in ‘racial unity’ discussions the current first vice president of the Southern Baptist Convention,” read a statement on the CBN website.

Leaders of the CBN and other critics of current SBC leaders have also repeatedly said that the denomination is becoming “woke” and that Baptist leaders have embraced critical race theory, a term for legal theories about structural racism that has become a rallying cry for political conservatives.

Litton’s first eight months in office were marked by controversy in the SBC. Members of the denomination’s Executive Committee, which oversees the SBC’s operations between annual meetings, feuded over how to proceed with a sex abuse investigation — a controversy that ended with more than a dozen members of the committee resigning last fall.

Not long after his election, critics of Litton discovered he had plagiarized parts of several sermons from J.D. Greear, his predecessor as SBC president, a controversy that became known as “Sermongate.” Litton said that Greear, a friend, had given him permission to use parts of his sermons but that Litton did not give Greear, a North Carolina megachurch pastor, credit nor did he tell his congregation that parts of the sermons came from Greear.

Litton later apologized for failing to give credit. He alluded to Sermongate — which set off a heated discussion about plagiarism in sermons — in Tuesday’s video as well as some of the other struggles the SBC has faced in recent months.

“It’s no secret that this has been a difficult year,” Litton said in his video. “As we fought to emerge from two years of pandemic many of our pastors and churches are struggling. We’ve also navigated some painful conflicts and intense discussions right now. And I want to speak as plainly as I can. As I have previously stated, I take responsibility for my own failures and shortcomings, or mistakes I’ve made in the preparation and delivery of particular sermons.”

In closing his video, Litton appealed to Southern Baptists to work together to address issues such as sexual abuse and racism, despite the polarized times they live in.

“We must not fail to reckon with our past mistakes,” he said. “We must commit to seeking for a better future where racism and prejudices are relics of the past and our churches are safe places for survivors and welcoming and wanting people of all ethnicities.”

RELATED:  Can anyone lead the Southern Baptist Convention forward?