The relationship between certain interpretations of the Bible and public life in the U.S. continues to be in the headlines. During the March for Life anti-abortion rally in Washington, D.C., on Jan. 21, 2022, the Bible featured prominently, with passages from the books of Jeremiah and Proverbs, among others, on display.

The Museum of the Bible in D.C., located near the site of the rally, offered free admission during the March. A prominent speaker at the event was the Catholic priest Mike Schmitz, who hosts a popular podcast called “The Bible in a Year” and has published articles on his website pertaining to the Bible and abortion.

Some religious groups take the relationship between the Bible and American law and society even further. A movement called “dominionism” and a particular version of it called “theonomy” in Christianity have become prominent in part through politicians associated with the movement, such as Michele Bachmann and Sens. Ted Cruz and Josh Hawley.

Many Christian dominionists want, in some fashion, to apply God’s law and Christian principles to American politics.

Yet few readers of the Bible realize that the laws then were not practiced in the way many think of laws functioning today.

Legal collections in the ancient world

In my research on the Bible and its legal material, I have come to the conclusion that much of the modern debate about the Bible in American society could be ascribed to mistaken literary genres. Ancient texts that might look like law codes today were not necessarily enforced as the law of the land in biblical times.

For example, laws from the Code of Hammurabi, an often-cited legal collection from King Hammurabi of ancient Babylon, have the familiar structure of modern, practiced law: If someone does something wrong, then that person is guilty according to the details of the law. 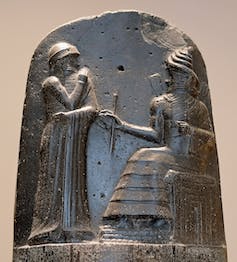 Stele of Hammurabi.
Department of Near Eastern Antiquities of the Louvre, Iraq, via Wikimedia Commons, CC BY

However, Hammurabi himself rarely referenced the collection. At times his own royal decrees were in violation of what the inscription says should happen.

The Code of Hammurabi was not simply a reflection of law in everyday Mesopotamia. Instead, it was likely a collection of possible legal cases and scenarios assembled by royal scribes.

These cases demonstrate a range of hypothetical legal responses that could ensure maximal justice in society. They may resemble real law, but they are not a direct representation of what happened in every case.

The laws were placed on a rock monument that contained an image of King Hammurabi seated before the god of justice, Shamash. The presentation of these laws on the inscription was for the purpose of making the king look good through propaganda, but, as research shows, not in order to codify practiced law.

Scholars believe that the Code of Hammurabi influenced some of the legal collections in the Bible, such as in the book of Exodus, the second book of the Bible traditionally attributed to Moses. T here is evidence that, like Hammurabi’s law code, laws in the Bible were not necessarily practiced.

For example, a law in the book of Deuteronomy, the fifth book of the Bible, also believed to have been written by Moses, says that if a son is persistently rebellious against his parents and gets drunk, the parents will bring the son to the town elders. The men of the town then stone the son to death.

But what counts as “rebellious,” and how drunk would qualify the son to be deemed guilty.

The Bible does not say. Ancient rabbis viewed the passage as not able to be practiced at all. The prophet Jeremiah applied the law metaphorically to Jerusalem’s destruction in 586 B.C., but there is no evidence that the law was actually practiced.

There is another story of one ancient rabbi, Hananiah ben Hezekiah, who locked himself in his room, burning 300 barrels of oil to keep his light on in order to figure out how the laws of the Bible worked together. This incredible amount of exertion highlights how different these laws actually are and how they cannot be reconciled into one simple legal vision.

Laws, the Bible and ancient Israel

While there is evidence that some sense of legal reality in ancient Israel looked like some of the biblical laws, the relationship was not exact.

It seems, instead, that the genre of legal collections in the Bible functioned according to the literary conventions of its day.

All of the other laws in the ancient Near East were given by the king. The Mesopotamian god of justice, Shamash, endowed Hammurabi with wisdom, but Hammurabi himself derived the laws.

Yet the earliest legal collection in the Bible, in the book of Exodus, lacks the role of the king as a lawgiver for the first time in the history of the ancient Near East. The biblical laws, instead, come directly from God.

The original intent of some of these legal collections may have been to emphasize the need for freedom against larger dominant imperial forces. They were used as statements expressing convictions about justice, divinity and society, but without recourse to ancient Near Eastern kings.

In fact, one law in Deuteronomy relegates the king to a much smaller role than royalty otherwise occupied in ancient society. This law stipulates that the primary job of a king is to study the legal material in the Bible. It also commands that the king not act arrogantly toward other Israelites.

And given how the distinct collections in the Bible differ and change over time, the legal material shows a remarkably adaptable sense of how ancient Israelite society constantly evolved in its response to historical events.

But one can only see such functions of these laws when understood in their ancient context.

How and when the perception changed 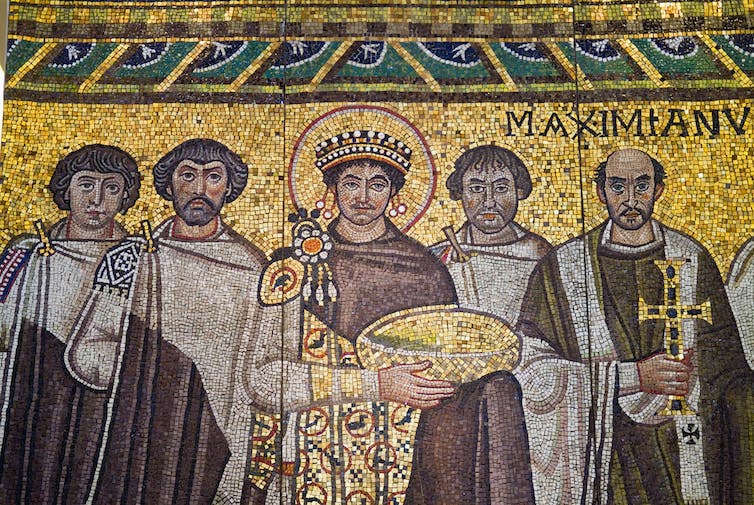 The modern Western sense of law collections and judicial sensibility derives in some manner from the legacy of the Byzantine Emperor Justinian. He inaugurated an expansive legal reform in the Roman Empire in the sixth century.

It included precepts such as “innocent until proved guilty,” which would become a maxim for many later legal systems, such as the notion of “proof beyond a reasonable doubt” in America.

Later Christian thinkers tried to identify three enduring uses of the law in the Bible over time into modernity, the second of which applies a civil relevance to these statutes. The idea is that when a civil code that includes God’s laws is used in society, it should, in theory, curb evil.

One can find such sentiments in statements by modern legislators, such as Missouri Sen. Josh Hawley’s comments at The King’s College in New York in a commencement address in 2019.

There, he blamed what in his view is America’s current moral bankruptcy on a fourth-century Christian belief called Pelagianism that highlights free will in humanity.

Hawley claimed that such a Pelagian attitude was at the root of a 1992 court case, Planned Parenthood v. Casey, in which the individual was ruled to have the “right to define one’s own concept of existence, of meaning, of the universe, and of the mystery of human life.”

For Hawley, this sentiment contradicts the belief that all humanity should be subject to God’s rule, evidenced in the need for a personal relationship with God.

Yet the Bible, its laws and ancient debates that stem of from its vision of humanity and society were more complex than such a direct application that Hawley and others advocate.

(Samuel L. Boyd, Assistant Professor of Religious Studies and Jewish Studies, University of Colorado Boulder. The views expressed in this commentary do not necessarily reflect those of Religion News Service.)