(RNS) — When he was named a district superintendent for the Church of the Nazarene, the Rev. Albert Hung found himself facing the same problem many denominational leaders face.

Of the 90 or so congregations in the Northern California district Hung leads, few have more than 100 people, with most drawing around 40 people to worship services in buildings designed to seat far more. Their longterm, viable future is questionable — as those congregations are aging, shrinking and often disconnected from their neighbors. A number of churches in the district have already decided to close, leaving empty pews in shuttered buildings. 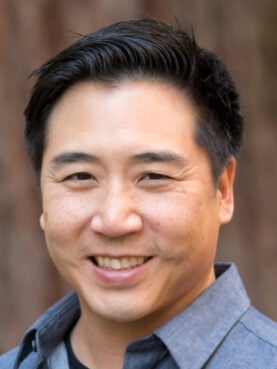 But an empty church building is not just an asset to be liquidated, said Hung, who insists these are still sacred spaces that God can use even if the churches that once worshipped in them no longer exist. That belief led Hung to look for creative ways to use empty church buildings.

In Santa Cruz, the Nazarenes have teamed up with a nondenominational congregation to turn a shuttered church building into a community center that will house a number of nonprofits.

For years, the building was home to First Church of the Nazarene in Santa Cruz, a small congregation that shut down after its longtime pastor retired. The church also rented space to Faith Community Church of Santa Cruz, a nondenominational church that runs several community ministries.

The decision to close down First Church of the Nazarene was worrying to Andy Lewis, pastor of Faith Community. The church had struggled to find a place to worship before renting space from the Nazarenes — and Lewis feared the church would have to leave the space.

In this new arrangement, Faith Community — which is nondenominational — gets to stay as one of several community partners sharing the space. The idea is to use the space for the benefit not just of the church but the entire neighborhood, he said. During the COVID-19 pandemic, Faith Community has used the space to run a food ministry and to host mobile medical clinics and a vaccination site in the parking lot. 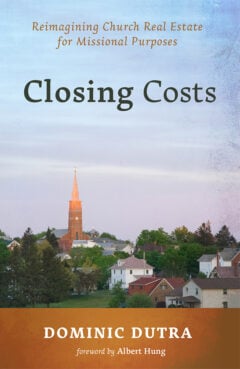 “We have to rethink how we use physical spaces so we can be a presence of love in the community,” said Lewis.

Dominic Dutra, author of “Closing Costs,” a new book about how church property can be repurposed, says there are thousands of churches around the country that have closed or will likely close in the years to come. And too often, he said, leaders of those churches put off any discussion about what to do with their building until it’s too late.

“I’ve had situations where buildings are empty and they have no plan at all,” he said.

RELATED:  Why the minichurch is the latest trend in American religion

A 2021 study from Lifeway Research, based on data from three-dozen denominations, found that 4,500 churches closed in 2019, while only 3,000 were started. The 2021 Faith Communities Today study found that the median worship attendance for churches in the U.S. dropped from 137 people to 65 people over the past two decades.

Dutra argues that billions of dollars in church property could be put to work for ministry ­— if church leaders become proactive about the future. He has worked with a number of religious groups to do just that. 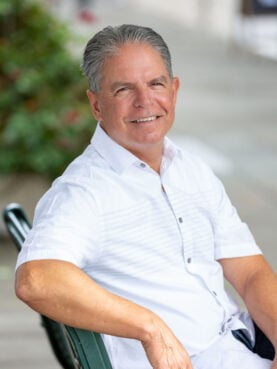 In Oakland, Dutra helped the Nazarenes find a new buyer for a shuttered church building on the outskirts of town. The church was sold to a growing Korean congregation, which had a building close to downtown but with no parking. As part of the deal, the Nazarenes swapped their building, which had a large parking lot, for the building owned by the Korean church.

That downtown church is now home to EIKON — a nonprofit that is part Nazarene church plant, part community organization. EIKON also took over another shuttered Nazarene building, which it uses to store donated furniture and appliances for a program called “Infinite Christmas.” Those donated goods — which are brand new and come from major manufacturers — are then distributed by other local churches and nonprofits.

EIKON is the kind of experiment that denominations like Church of the Nazarene need to try, said Hung. He said many churches still cling to old ways of doing ministry, which often involve waiting for people to show up on Sunday. Instead, he said, in the future, churches will have to find ways to get out into the community and prove their worth.

“Now is the time for bold experimentation,” Hung said. “Because we have so little to lose at this point.”

Hung also hopes congregations will develop what he called “kingdom-mindedness” — looking at the bigger-picture ministry of the Christian church rather than their own interests. When he talks with a church about closing — and what will happen to their buildings — he begins with a “posture of success,” giving thanks for all the congregation has accomplished in its history. He also gives thanks for those who gave generously to support the church’s mission in the past and encourages the church to bless future generations in the same way.

“What is the most loving thing we can do for our kids and for our neighbors?” Hung said.

Not all churches are open to that kind of thinking. 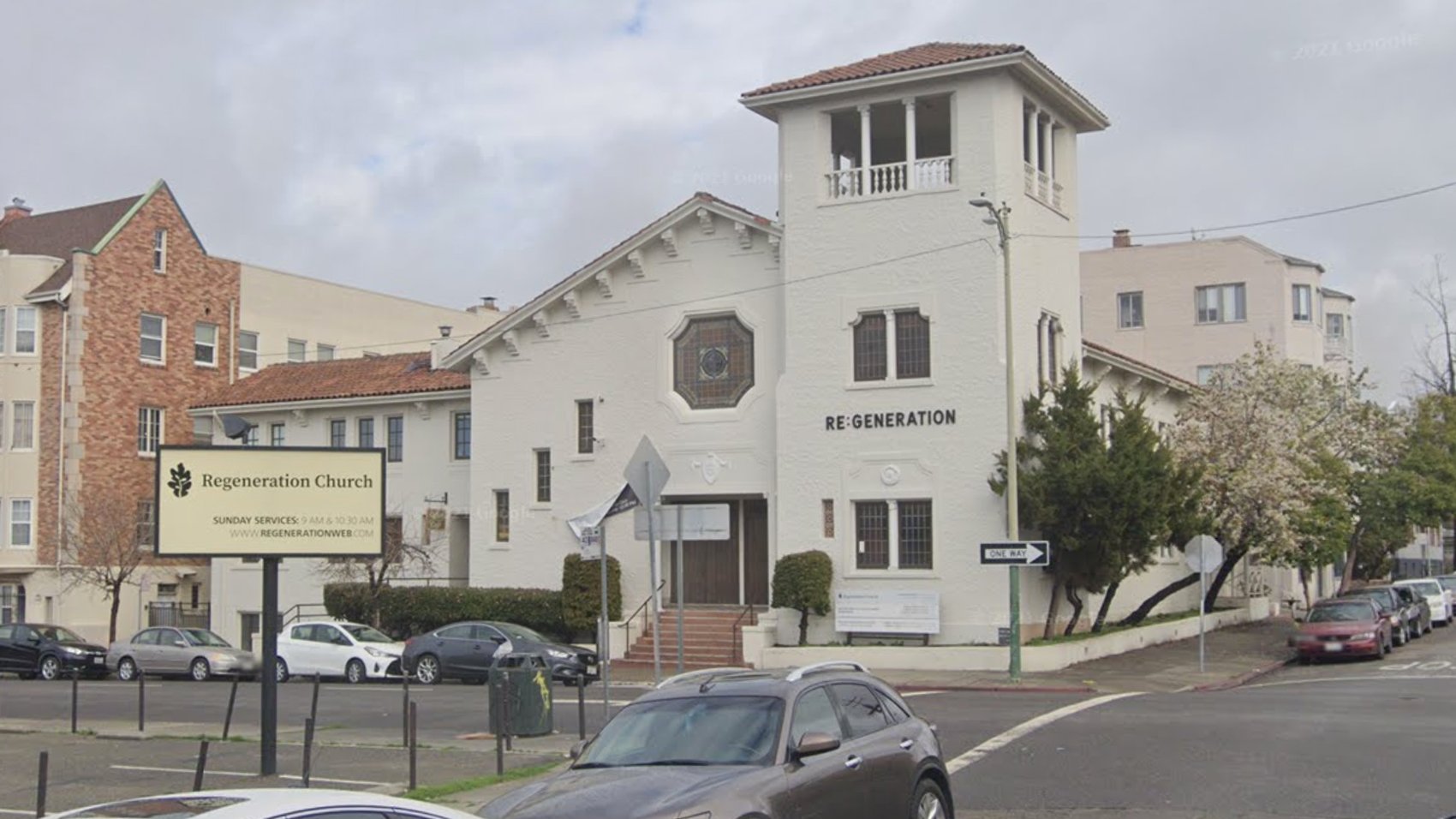 Pastor Albert Lee of Regeneration Church in Oakland said his nondenominational congregation rented space from an older Baptist congregation. When that church closed, Regeneration bought the building at top dollar, said Lee. He had hoped the denomination that owned the building would be willing to bless his church rather than seeing the sale as just another transaction — especially in the Bay Area, where property values are sky high.

“I felt really they could have partnered with us to bless the community and do some good things together, but they just had money on their mind,” he said.

When a new church starts up, Lee said, they are keenly aware of God’s provision for their needs. But when churches close, Lee said, they often don’t think about what God’s is doing and instead hold on tight to their material assets.

Lee, whose congregation bought their building just before the pandemic, has mixed feelings about the whole process. On one hand, owning the building has allowed them to run a homeless ministry and offer English as a Second Language and other programs for refugees. On the other hand, the church spent months unable to meet in the building due to COVID and as of February was still meeting on a limited basis. 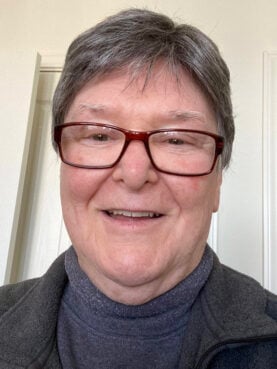 For Sister Gladys Guenther, president of the Fremont, California-based Sisters of the Holy Family, planning for the future has been a blessing and a time of grief. Like many orders of Catholic nuns, the Holy Family sisters have been aging and declining in numbers.

At their peak, there were about 250 sisters. Now there are just over 40.

The sisters worked with Dutra in recent years to sell their motherhouse, which was outdated, and to use those funds to build senior housing. Members of the order live there now, and when they are gone, the buildings will likely be sold to a nonprofit that works with seniors.

Sister Gladys, who is 76 — “I am one of the younger sisters” — said that in planning for the future, members of the order had two goals: to care for the sisters as they grew old and to ensure the legacy of the order would live on even after they were gone.

Gladys said there has been grief in watching her order plan for shutting down. When she joined in the 1960s, the future looked bright. Now, she said, there’s grief in watching an organization she loved die. The hardest part, she said, is saying goodbye to sisters she has known for decades.

“One would presume that all of this change is part of God’s plan, too. It might not be my preferential plan if I were informing God of what I would like to see happen,” she said. “But you know what — life is filled with things you thought you could never do or even imagine.” 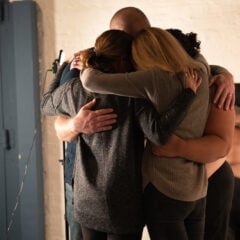 News
God, tattoos and empathy: The art of healing from trauma 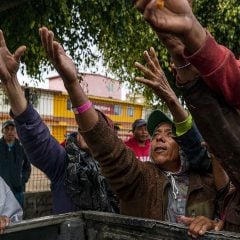 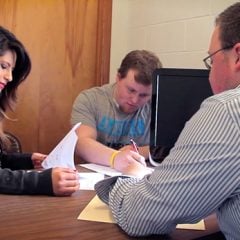 Arts & Culture
SIDEBAR: Evangelical alternatives to the Boy Scouts
Follow us on Facebook!
Submit your photos to RNS