VATICAN CITY (RNS) — Pope Francis and Orthodox Patriarch Kirill of Moscow spoke via video on Wednesday (March 16) to address the ongoing conflict in Ukraine and joint efforts to promote peace and provide aid to the Ukrainian people.

“The discussions focused on the war in Ukraine and the role Christians and their pastors can have in doing everything possible for peace to prevail,” said a statement by Vatican spokesperson Matteo Bruni.

Pope Francis also thanked the Russian patriarch for attending the meeting, which he said proved commitment of the two churches to achieving a cease-fire and peace in Ukraine.

“The church must not use the language of politics but the language of Jesus,” Francis said in agreement with Kirill, according to the Vatican statement. “We are pastors of the same people who believe in God, in the Holy Trinity, in the Holy Mother of God. For this reason, we must unite in our efforts of promoting peace, helping those who suffer, finding the roads to peace to stop the fighting,” the pope added.

Pope Francis announced he will be consecrating both Russia and Ukraine to the Immaculate Heart of Mary on March 25.

“Those who pay the price of war are the people, the Russian soldiers and the people who are bombed and killed,” the pope said during the videoconference with Kirill, underlining the importance of the negotiations currently underway between Russia and Ukraine.

“As pastors we have the duty to stay close and help all the people who suffer because of the war,” Francis said. While he observed that in the past both churches spoke of “holy wars” and “just wars,” he went on to insist that “today we can’t talk this way.”

“The Christian conscience on the importance of peace has developed,” Francis said. 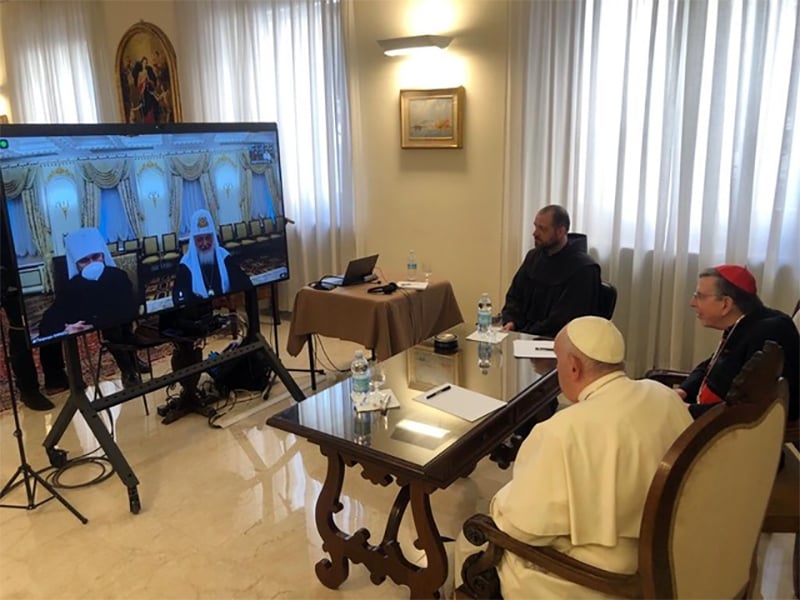 The Vatican statement said both Kirill and Francis agreed churches have a duty to “strengthen peace and justice.” Pope Francis spoke on behalf of the children, women and many victims of war.

“War is always unjust. Because who pays are the people of God,” Francis said.

Kirill “cordially greeted” the pope during the conversation, which featured a “detailed discussion” on the situation in Ukraine, according to the official website of the Ukrainian Orthodox Church. Pope Francis and Kirill discussed the actions their churches might undertake to address the humanitarian consequences of the conflict, the statement read.

“The parties stressed the exceptional importance of the ongoing negotiation process, expressing their hope for the soonest achievement of a just peace,” the statement read.

Metropolitan Hilarion, who heads the external relations for the Orthodox Church in Moscow, was also present during the online conversations, as well as Cardinal Kurt Koch, who runs the Pontifical Council for Promoting Christian Unity.

The two church leaders also “discussed a number of current issues of bilateral cooperation,” the statement said, while providing no further details.

Pope Francis and Patriarch Kirill met for the first time in 2016 in the airport of Havana, where they signed a joint declaration meant to initiate a dialogue between the two faith communities, which have been estranged for a thousand years. 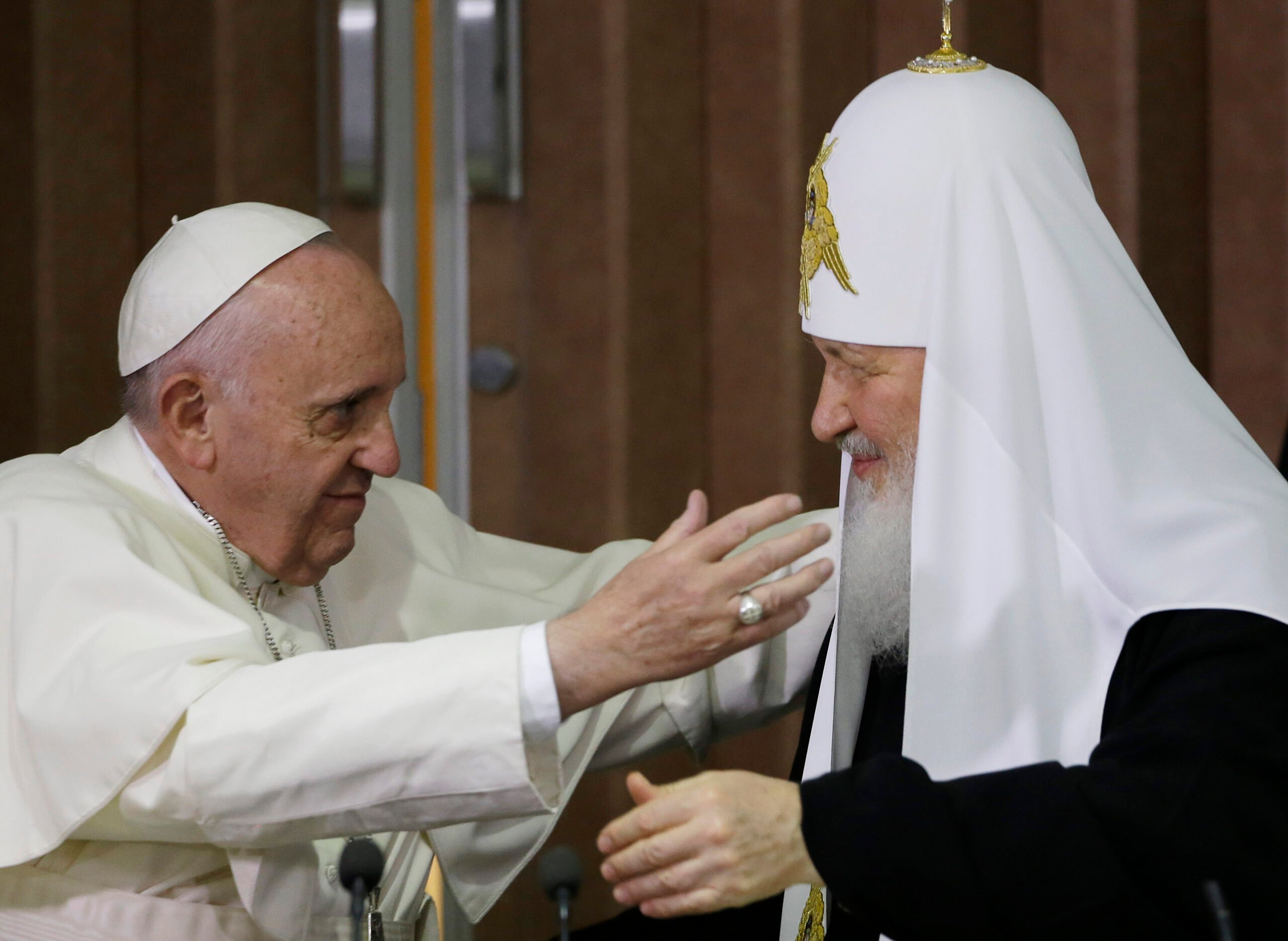 When Russian forces invaded Ukraine in late February, the hope for a second encounter between the two church leaders, which had been rumored to be planned for this coming summer, seemed to be officially defenestrated. When, during his homily March 6, Kirill made an impassioned defense of Russian President Vladimir Putin’s justifications for the attack on Ukraine, Vatican observers pointed to the failure of the Vatican appeasement toward the Orthodox Church in Moscow.

The conflict in Ukraine, Kirill said, has gained a “metaphysical significance” in the clash between East and West, where gay parades are a “test of loyalty” for the occult forces working within the United States and international organizations.

Pope Francis and his second-in-command, Cardinal Pietro Parolin, have repeatedly stated the willingness of the Holy See to act as a mediator for peace between Russia and Ukraine. Pope Francis has called for an end to the war and urged parties involved to negotiate a peace, while avoiding singling out Russia. The decision is in line with the practice of the Vatican to remain above ongoing conflicts and position itself as an objective mediator.

RELATED: Keep your eyes on Kirill