VATICAN CITY (RNS) — Monsignor Mauro Carlino, testifying in a monthslong trial concerning  corruption in the church, told judges on Wednesday (March 30) that his involvement in a 2017 London real estate deal was limited to obeying orders.

“Before the cross I have asked myself many times what I did wrong,” said Carlino. “I only obeyed,” he added.

A former personal secretary to Cardinal Angelo Becciu, who served as sostituto, or chief of staff, to the Vatican’s secretary of state when the deal was made, Carlino is the second defendant to testify at the trial of 10 Vatican employees accused of defrauding the church of more than $200 million in the investment in a London apartment complex.

Prosecutors have charged Carlino with extortion and abuse of office in his role of negotiating the Vatican’s exit from the deal.

Becciu testified on March 17, addressing charges that he transferred Vatican funds to family members. He will resume his testimony on April 7, when he will discuss his dealings with Cecilia Marogna, a consultant on geopolitical affairs. Vatican judges announced on Wednesday that Pope Francis had lifted a ban on discussing Marogna’s activities in public due to her familiarity with intelligence on sensitive global matters.

Carlino, who declared his ignorance of complex financial matters, nonetheless described how he played a key role in the negotiations as the Secretariat of State attempted to regain control of the property in London’s posh Chelsey district that was losing money for the Vatican.

In 2019, Archbishop Edgar Pena Parra, who had replaced Becciu as sostituto, asked Carlino to talk to Italian financier Gianluigi Torzi, a co-defendant in the trial who had acquired a controlling stake in the London property after being retained to help the Vatican buy it outright.

Parra, Carlino testified, emphasized the importance of “loyalty, obedience and confidentiality” in his conversations. 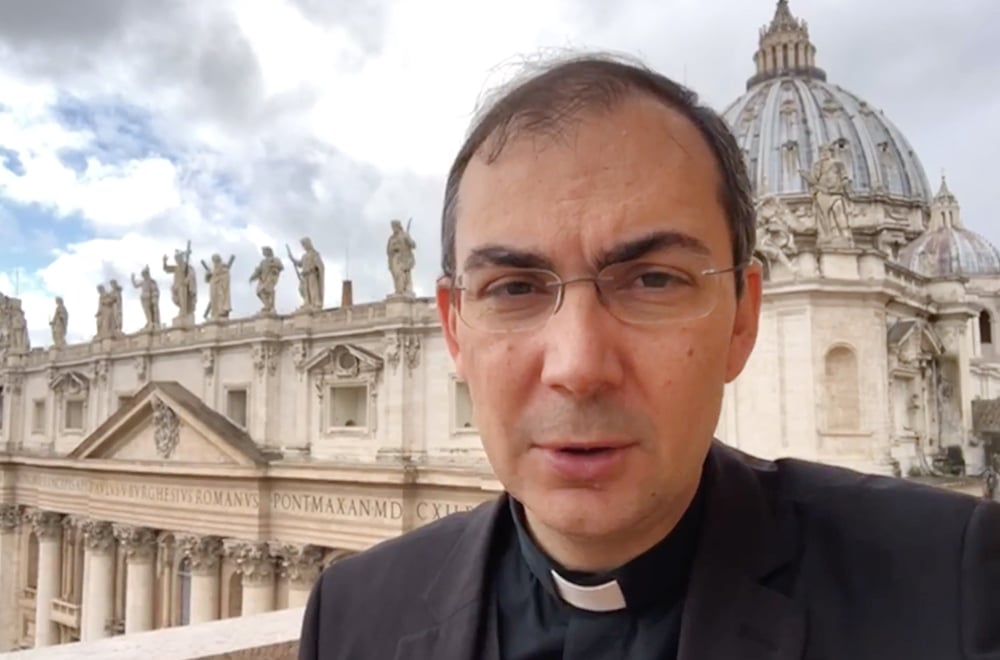 “As a priest, on every occasion, I tried to be obedient toward bishops,” Carlino said, adding that the relationship between a priest and his bishop is much deeper than the one between an employer and employee, since bishops represent Christ’s apostles.

“I did not move a finger without the authorization of my superiors and more than anything I have worked only and exclusively in obedience to the sostituto,” Carlino said.

RELATED: Vatican archbishop to bring Pope Francis’ take on being pro-life to the United States

To advise Carlino as mediator with Torzi, Parra appointed a lawyer named Luca Dal Fabbro, as well as Luciano Capaldo, an architect, and Fabrizio Tirabassi, an employee of the Vatican Secretariat of State who was familiar with the London investment.

Francis took a direct interest in the London deal, Carlino confirmed, relating how, on the day after Christmas in 2018, the pontiff met personally with Torzi at the Vatican, where they allegedly discussed how the church could regain control of the property. The directive from the pope “was to pay as little as possible and to acquire complete control of the building,” Carlino said.

A deal signed with Torzi on May 2, 2019, gave the businessman an additional $17 million to relinquish his voting shares. That evening, Parra and other actors in the deal celebrated together at a restaurant in Rome “paid for by the Holy Father,” Carlino said.

But the monsignor said Torzi had “tricked and duped” the Vatican, and also cast blame on Monsignor Alberto Perlasca, the former head of the Secretariat of State’s administrative office, who had initially overseen the London investment. Carlino said that Perlasca, who was investigated by Vatican authorities before becoming a prosecution witness, had lost the trust of the substitute, saying Parra suspected him of “grave infidelity.”

Carlino is expected to continue his testimony Tuesday, when the judges will also hear testimony from René Brülhart, the former president of the Vatican’s financial watchdog agency, and its former director, Tommaso di Ruzza. Both are accused of abuse of office.