(RNS) — When bestselling author and former journalist Lee Strobel decided to explore the concept of heaven, he couldn’t have predicted his writing about death would intersect with a global pandemic.

Now, the findings of his 2021 book, “The Case for Heaven: A Journalist Investigates Evidence for Life After Death,” will be a Fathom Events feature next week (April 4-6) in more than 950 movie theaters nationwide.

“I think there’s a particular interest in this subject matter now because of the COVID outbreak,” Strobel told Religion News Service on Wednesday. “I think the topic of what does indeed happen after we leave this world is more relevant to a lot of people today than it was a couple of years ago.”

In “The Case for Heaven,” director Mani Sandoval highlights Strobel along with scholars and people who report having near-death experiences. The almost two-hour documentary also features natural cinematography from across the country that Strobel believes is “just a shadow of what heaven will be like.”

Strobel, 70, an evangelical Christian ordained by Chicago’s Willow Creek Community Church, is the founder of the Lee Strobel Center for Evangelism and Applied Apologetics at Colorado Christian University, which he said will soon graduate its first master’s degree students who have taken online classes to learn how to defend their faith.

“That’s really my legacy project,” said Strobel, who also authored the bestselling “The Case for Christ” and went on to write a number of other apologetics books. “To equip the next generation to be able to share what they believe but also why they believe it.”

Strobel spoke with RNS  about his own brush with death, what he thinks is evidence of heaven and his interview with Luis Palau shortly before the evangelist died. 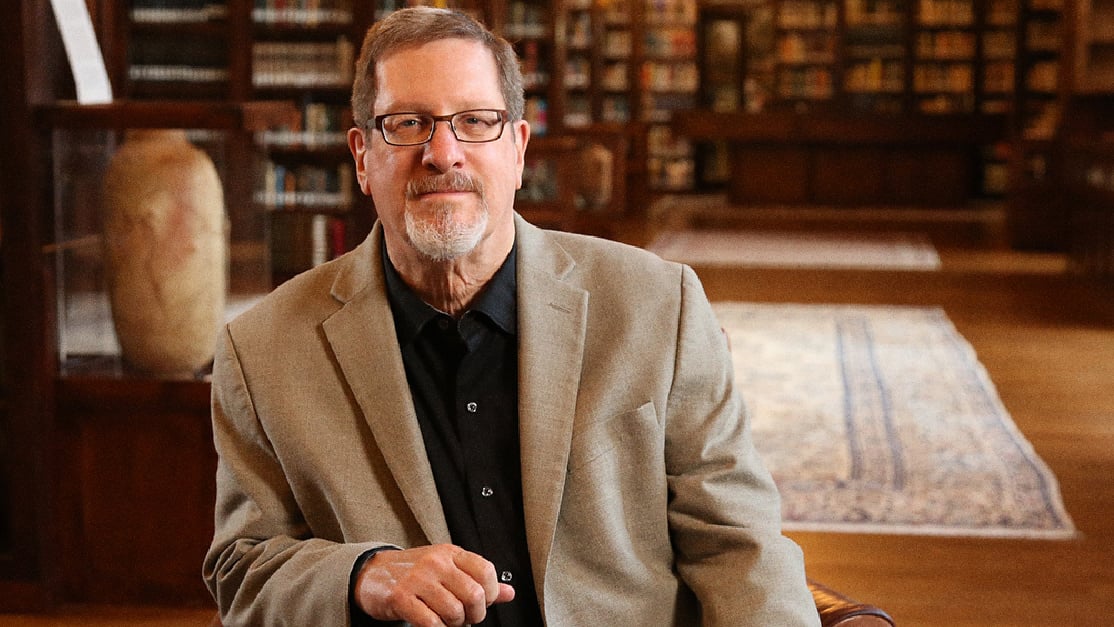 Why did you choose this particular time to attempt to answer these seemingly eternal questions about eternity?

It started when I almost died several years ago. My wife found me unconscious, called an ambulance. I woke up in the emergency room and the doctor looked at me and said, “You’re one step away from a coma, two steps away from dying.” I had an unusual medical condition called hyponatremia, which is a severe drop in blood sodium levels. So I hovered between life and death for a while there and, I tell you, that’s a very clarifying experience. At that moment, nothing is more important than what happens when you close your eyes for the last time in this world.

Did it change your perspective or hopes about heaven?

It made me more hopeful. As a Christian, I believe what the Bible teaches about heaven, but I’ve got this skeptical streak because of my background in journalism and law. And so just seeing the evidence that bolsters the biblical teaching on heaven was an encouragement to me, and I think it has given me more confidence about what happens when I do pass from this world.

Did you have a near-death experience?

The Bible says that no eye has seen, no ear has heard, no mind has ever conceived of what God has in store for those who love him. So I think there are aspects to heaven we can’t understand at this point. And consequently, the Bible uses a lot of figurative language and metaphors to suggest what heaven will be like. We’re given a lot of hints about what heaven is like, but I don’t think we know with tremendous clarity what will actually transpire.

How would you summarize your conclusions about the existence of heaven —the essence of the evidence you have? Poster for “The Case for Heaven.” Courtesy image

I think the evidence of near-death experiences is powerful and persuasive. That indeed, after our clinical death, our consciousness, our spirit, our soul does continue to live on. And that’s confirming of what the Bible teaches. And then, of course, the evidence that we have from history that Jesus not only claimed to be the Son of God, but backed it up by returning from the dead, I think, gives us confidence that we can trust what Jesus tells us about the afterlife. So he has credibility, like nobody else.

How do reports of near-death experiences relate to some kind of proof of heaven’s existence? How do you draw that line?

I tend to be a skeptic when somebody tells me, “Oh, yeah, I died. I met Jesus. He’s 5 foot 10, has a nice smile. Really nice guy.” I don’t know if that’s true. I have no way to corroborate that. But when we have corroboration — when people are able to report things they have seen or heard — that would be impossible, unless they’re out-of body-experience were authentic. That kind of corroboration gives me confidence that, indeed, there is a phenomenon of our consciousness continuing to exist after our clinical death. As someone trained in journalism and law, I’m always looking for corroboration. I’m looking for some way to confirm what people are telling me and we have many cases like that — of this sort of confirmation.

If the vast majority of people do not have near-death experiences, how do those point to the existence of heaven?

Well, there are certain circumstances that have to take place for a person to report back on a near-death experience. They have to be clinically dead. And they have to be, ultimately, revived. A lot of people who die, they were irreversibly dead and they’re not going to come back into this world. Other people who have brushes with death, like I did, don’t get to the point where their consciousness separates from their physical body. So I think it’s predictable that we would only have certain cases where people went through the entire phenomenon.

The film includes portions of an audio interview with evangelist Luis Palau near the end of his life. What struck you most about his viewpoint on what happens after death?

I had the last formal interview with him before he passed. The thing that he said that moved me the most is he looked at me and he said, “Lee, when you get to the end of your life, and all is said and done, you will never regret being courageous for Christ.” I think that’s an admonition or an encouragement for all Christians, that we’ll never regret those times we took a risk and we shared this good news that there is a party waiting for us in heaven.

Did you talk to him on the phone or in person?

In person. For me, as someone who considers Luis to be a hero of the faith, it was a very moving experience. He even gave me the sermon notes of his on the topic of heaven, and I’m having those framed for my office because it’s very nostalgic and poignant for me.

The documentary discusses the common fear of death and includes discussion of “symbolic immortality projects,” which you and others say range from parents hoping to live on through their children, people who commit violence to gain notoriety and those involved in political activism. Have you had your own immortality project?

Well, I certainly did when I was an atheist. (laughs) I was at the Chicago Tribune as legal editor and I remember keeping a copy of my resume in my desk drawer, just in case I ever were to die so that they would have a complete accounting of what a wonderful life I’d lived as a journalist, so that maybe that would be a footnote in history. I no longer have those impulses in light of my relationship with God at this point.

You seem confident that you will meet people in heaven, people who died before you. Who do you, in particular, expect to meet?

RELATED: Author Lee Strobel on ‘The Case for Christ,’ now a movie