(RNS) — American Atheists, one of the leading organizations dedicated to defending nonbelief, is taking a quieter approach as it prepares for its first in-person convention in three years.

The organization, started by Madalyn Murray O’Hair, once dubbed “The Most Hated Woman in America” for her years-long push to ban prayer in public schools, is meeting April 15–18 at the Renaissance Atlanta Waverly Hotel & Convention Center.

Panels will address a host of pressing issues: the impending Supreme Court ruling on abortion, state battles to limit LGBTQ discussion in schools, the growth of Christian nationalism and white supremacy. But after two years of Zoom-only meetings, the focus will be on community-building.

There is no big theme for the conference except community, said Nicholas Fish, the group’s president. He pointed out that the group has not had an in-person meeting since 2019 and that members are eager to reconnect and have candid conversations. 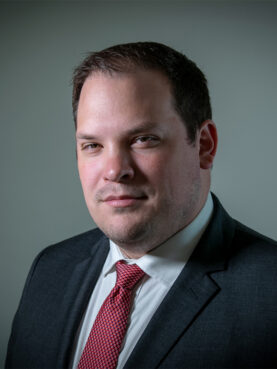 “We think it’s really valuable to get together and help people connect with other atheists in their area,” Fish said. “It’s hard to replicate that virtually. There’s something special about getting together.”

Fish replaced David Silverman, the combative, highly visible former president who was terminated over allegations of financial and sexual misconduct in 2018.

About 500 people have registered in advance for the convention and another 100 Atlanta-area atheists are also expected, Fish said. Cincinnati’s 2019 convention drew some 750 people. All participants must show proof of vaccination and wear masks when not eating or drinking.

American Atheists helps people who have abandoned religion to be more public about their nonbelief. There are 250 affiliates across the nation that come together for community service projects, lectures and recreational events. Mandisa Thomas, founder and president of Black Nonbelievers based in Atlanta. Thomas will speak at the American Atheist Convention in Atlanta beginning April 15, 2022. Courtesy photo

One of the convention’s speakers is Mandisa Thomas, founder and president of Black Nonbelievers, headquartered in Atlanta. The organization, with an email list of 1,500 people, lifts up the representation of Black people who have left religion.

Thomas’ talk is titled: “How to Address White Supremacy in the Secular Community and DO Something About It.”

“Even though a lot of people have left religion behind, they don’t realize that they’re carrying a lot of white supremacy ideals with them, and that’s not just white folks,” Thomas said.

Black Americans face unique barriers to coming out as atheist because of the pivotal role of the Black church in the lives of African Americans, Thomas said. Her organization helps them with networking and a religious trauma coaching group. It also helps fund a scholarship with the Secular Student Alliance.

Nonreligious women frequently conceal their atheist identity, too, because they fear stigma or discrimination. Last month, American Atheists and Secular Women released a report, “Nonreligious Women in America,” that showed that 58% of female respondents reported negative experiences with their families due to their nonreligious identity.

American Atheists encourages its 5,000 donors to get involved in public policy as full members of society.

“We want to normalize atheism, so we are seen as full and legitimate participants in politics, and also to minimize the harmful effects this religion has on our politics,” Fish said.

“These conferences are a nice way to have one-on-one interactions with other people,” said Mehta, who is not participating this year. “If you’re living in the Deep South, there’s a good chance people in that area have to watch what they say. The opportunity to meet people in person, put your guard down, have conversations with people — there is so much value for people who have never done that before.”