NEW YORK (RNS) — The results of an investigation by an independent law firm into the culture of Hillsong NYC, the Manhattan site of the global megachurch, have been leaked to The Christian Post, and its reported contents paint a picture of a church leadership rife with abuse, sexual misconduct and secrecy.

Among the details reported by the Washington, D.C.-based news outlet include several extramarital affairs by the New York church’s former pastor Carl Lentz and spiritual abuse of volunteers and staff, as well as “multiple incidents of consensual or non-consensual sexual interaction between church leaders and congregants, staff, volunteers, or non-churchgoers,” according to the article published Monday (April 11).

The publication’s summary of the report also furthers details of the relationship between Lentz and his former nanny, Leona Kimes, who alleged in May 2021 that Lentz had sexually abused her while she was on staff.

A legal representative for Lentz and his wife, Laura Lentz, told Religion News Service there were several aspects of the report the Lentzes allege are untrue and incorrect. “Laura and Carl Lentz are aggressively moving forward with legal action due to these libelous claims that are rooted in lies and misinformation,” the legal representative said.

The leaked report is but the latest in a seesaw of scandalous revelations in recent weeks between the U.S. and Australia, where the multicampus Pentecostal powerhouse was founded and has its headquarters. In late March, Hillsong put out a statement that revealed two incidents of sexual indiscretion by the global megachurch’s co-founder and global senior pastor, Brian Houston, who resigned soon after.

In the same week, a less than flattering documentary on Hillsong aired on Discovery+ and details of another report were leaked, also to The Christian Post, alleging that Reed Bogard, the former pastor of Hillsong’s Dallas church, had raped a junior staff member. In the wake of these events, multiple prominent Hillsong pastors in the U.S. have resigned or announced they were disaffiliating from Hillsong.

Like the Bogard report, the church’s global board had kept the results of the Hillsong NYC investigation under wraps since it was delivered in January of 2021, citing privacy concerns.

The investigation was triggered by the firing of Lentz for an extramarital affair. In the aftermath, numerous people came forward alleging a culture of abuse, volunteer mistreatment and a celebritylike hierarchy within the Hillsong NYC leadership.

In the wake of a media firestorm, the board hired the New York law firm Zukerman Gore Brandeis & Crossman to conduct an investigation into what went wrong at Hillsong NYC and the church’s U.S. network.

In February 2021, Hillsong leadership announced the investigation had been completed and had found “significant ways” the New York City megachurch “failed to reflect Hillsong global culture.” At the time, the church’s global leadership said it would undertake a number of structural changes at Hillsong East Coast to address the concerns revealed by the report.

Details of the investigation, as reported by The Christian Post, reveal a much darker and more lurid picture of the church’s leadership culture that went well beyond Lentz — though the disgraced former pastor featured heavily within it.

“Lentz, according to the report, acted with so much freedom in running Hillsong NYC there was a sense that leaders in Australia had little to no control over him,” according to The Christian Post. Multiple staffers in New York recalled Lentz saying, “Australia is dead to us.”

Investigators also noted in the report, though, that “the Australian mother ship appears also to bear some responsibility here, since it never established effective oversight and accountability.”

“This lack of oversight permitted Carl Lentz to assume the role of final arbiter of what was proper behavior for everyone in New York, himself included. With the benefit of hindsight, given Lentz’s personal limitations, this was a recipe for trouble,” investigators said in the report. 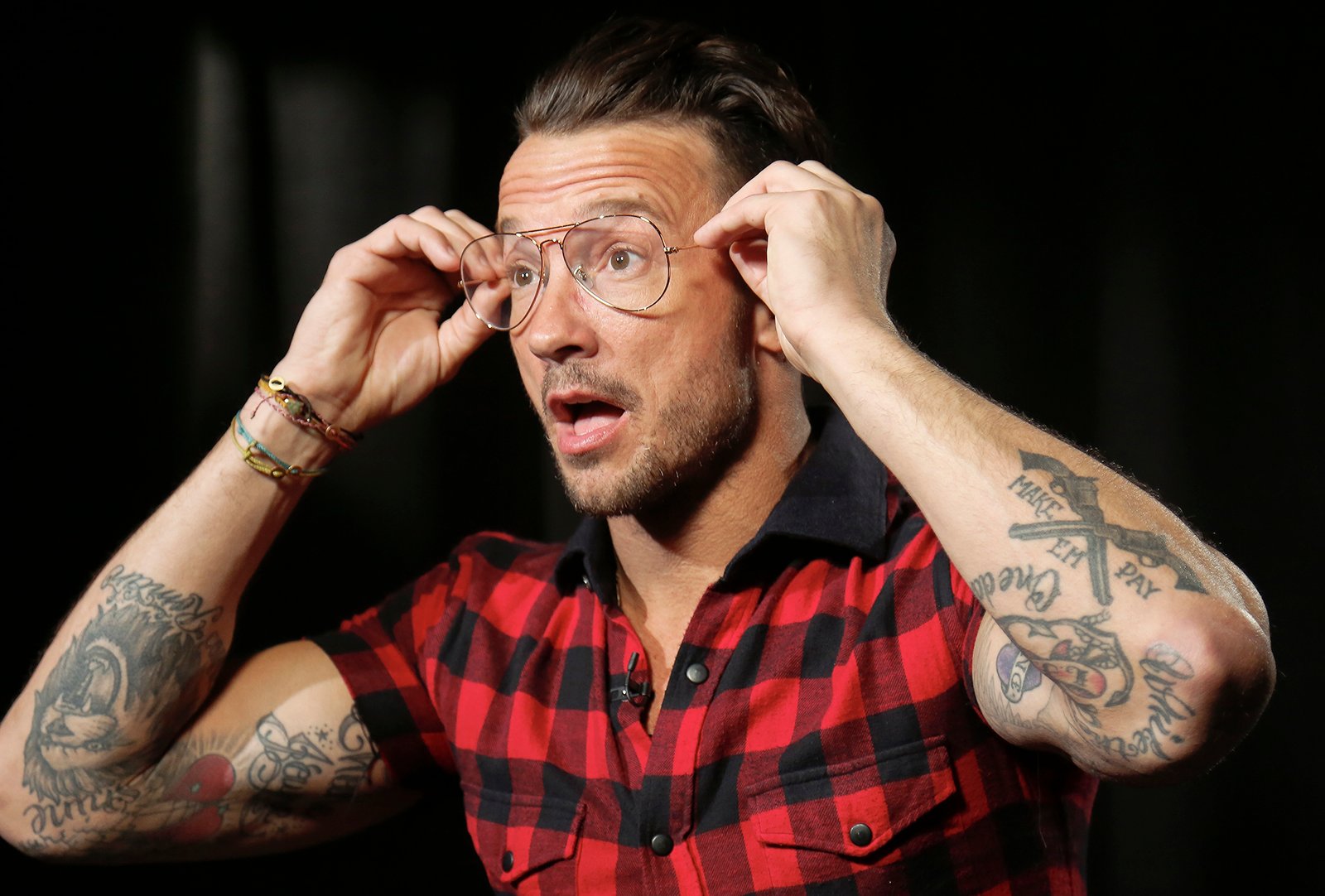 “It was not uncommon for volunteers and staff who had frequent interaction with Carl Lentz to report that such interaction had ‘caused’ them to suffer from mental illness,” investigators wrote.

The report also detailed widespread sexual misconduct, including the alleged circulation of “penis photos” among staffers and volunteers, and subsequent cover-ups, according to The Christian Post.

“Other allegations such as self-dealing, conflicts of interest, wage and hour violations, discrimination and non-sexual harassment and abuse are also in the report,” The Christian Post reports.

The report included reviews of Lentz’s text messages — which included messages from masseuses quoting Lentz the cost of massages and sexual acts — and direct interviews with Lentz, who admitted to investigators that he’d had multiple affairs and said he was “a very good liar.”

“Such efforts included boldly lying to his wife, Laura, when she caught him and Leona (Kimes) in flagrante delecto on a couch late at night,” The Christian Post quoted investigators.

“Carl said (Lentz and Leona) would do ‘pretty much everything you could do’ without engaging in oral sex or intercourse,” investigators said.

“One night in 2016, while at the home of former NBA player Tyson Chandler, Kimes and Lentz were once caught in the act by Laura Lentz, who was accused of punching Kimes two or three times in the face,” investigators said. Laura Lentz and Kimes were also interviewed as part of the investigation, according to The Christian Post.

For her part, Kimes told RNS that Lentz’s sexual advances were unwanted. “I felt trapped and silenced. I also felt so ashamed and I had been told not to say anything or tell anyone,” Kimes said. Through his lawyer, Lentz told RNS at the time that he denied Kimes’ allegations against him.

According to The Christian Post, the investigators noted the power dynamic between the two and concluded in their report it was “unlikely that Leona was capable of achieving the distance necessary to exercise true choice.”

On Instagram Monday evening, Laura Lentz posted a picture with the words “Enough is Enough.” In her caption, she said that while her family has remained silent to prioritize healing, it’s not because they have nothing to say.

“When the time is right, we have a lot to say about what has happened as well as speaking directly to the RELENTLESS lies, accusations and hypocritical scapegoating that has sadly been so prevalent,” Lentz wrote in the post.

In light of the recent tumult at Hillsong, there have been calls for transparency and accountability from the global board of Hillsong. An online petition started in early April on change.org has garnered more than 11,000 signatures and demands “Hillsong consult ex-members and survivors in independent review.”

And Phoenix pastor Terry Crist, who recently announced he was disaffiliating his church network from Hillsong, told The Christian Post he had encouraged the board over the past year to make the results of the NYC investigation public but that request was denied. Now he is calling for an investigation into the board.

“It’s in the best interest of Hillsong Church to conduct an investigation as it relates to board conduct, to immediately restore the Sydney eldership, to make the findings of that public and to dismiss the board members who have protected the institution and not the people,” he told The Christian Post. 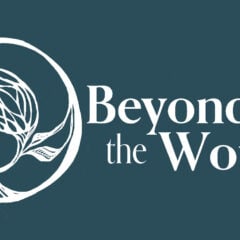 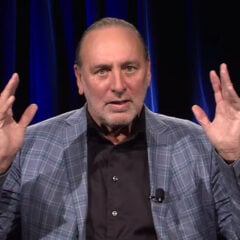