(The Conversation) — Every year, Christians from around the world gather for worship on Easter Sunday. Also known as Pascha or Resurrection Sunday, Easter is the final day of a weeklong commemoration of the story of Jesus’ final days in the city of Jerusalem leading up to his crucifixion and resurrection.

Most Christians refer to the week before Easter as Holy Week. In Western Christianity, Holy Week begins with Palm Sunday, which commemorates Jesus’ triumphal entry into Jerusalem. Easter is the third day of the larger three-day festival known as Holy Triduum, which begins on the evening of Maundy Thursday, marking the night of Jesus’ Last Supper with his disciples. Good Friday marks Jesus’ suffering, crucifixion and death. Holy Saturday marks Jesus’ burial in a tomb owned by Joseph of Arimathea. The festival reaches its climax on early Sunday morning with the Easter Vigil and ends on the evening of Easter Sunday.

As a Baptist minister and theologian myself, I believe it is important to understand how Christians more generally, and Baptists in particular, hold differing views on the meaning of the resurrection.

According to the Christian faith, resurrection is the pivotal event when “God raised Jesus from the dead” after he was crucified by the Roman governor Pontius Pilate.

While none of the four canonical Gospels of Matthew, Mark, Luke and John describe the actual event of the resurrection in detail, they nonetheless give varying reports about the empty tomb and Christ’s post-resurrection appearances among his followers both in Galilee and Jerusalem.

They also report that it was women who discovered the empty tomb and received and proclaimed the first message that Christ was risen from the dead. These narratives were passed down orally among the earliest Christian communities and then codified in the Gospel writings beginning some 30 years after Jesus’ death.

The Earliest Christians believed that by raising Jesus of Nazareth from the dead, God cleared Jesus from any wrongdoing for which he was tried and unjustly condemned to death by Pilate.

By affirming the resurrection, Christians do not mean that Jesus’ body was merely resuscitated. Rather, as New Testament scholar Luke Timothy Johnson writes, resurrection means that “[Jesus] entered into an entirely new form of existence.” 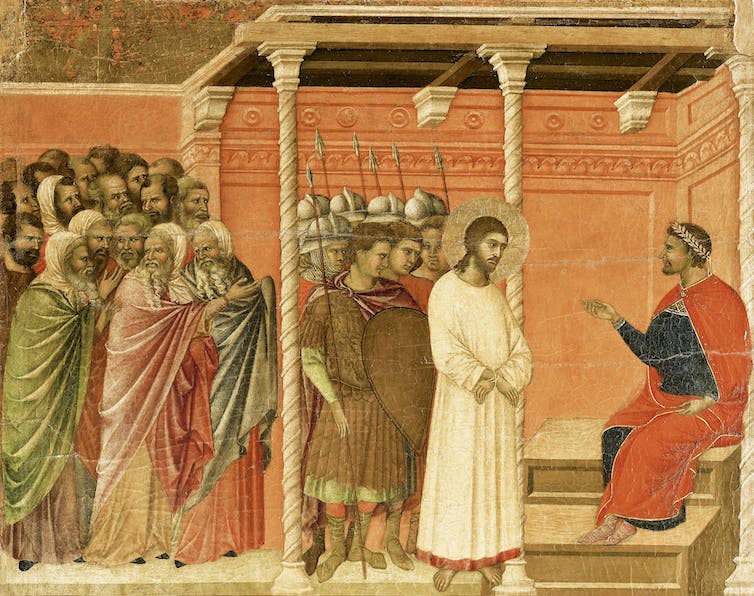 Christ before Pilate: Detail of a tile from the Cathedral of Siena, Italy.
DeAgostini/Getty Images

Over the years, Christians have engaged in passionate debates over this central doctrine of Christian faith.

Two major approaches emerged: the “liberal” view and the “conservative” or “traditional” view. Current perspectives on the resurrection have been predominated by two questions: “Was Jesus’ body literally raised from the dead?” and “What relevance does the resurrection have for those struggling for justice?”

These questions emerged in the wake of theological modernism, a European and North American movement dating back to the mid-19th century that sought to reinterpret Christianity to accommodate the emergence of modern science, history and ethics.

Theological modernism led liberal Christian theologians to create an alternative path between the rigid orthodoxies of Christian churches and the rationalism of atheists and others.

This meant that liberal Christians were willing to revise or jettison cherished Christian beliefs, such as the bodily resurrection of Jesus, if such beliefs could not be explained against the bar of human reason.

Baptist views on the resurrection

Just like all other Christian denominations, Baptists are divided on the issue of the bodily resurrection of Jesus. Arguably, what may be unique about the group is that Baptists believe that no external religious authority can force an individual member to adhere to the tenets of Christian faith in any prescribed way. One must be free to accept or reject any teaching of the church.

In the early 20th century, Baptists in the United States found themselves on both sides of a schism within American Christianity over doctrinal issues, known as the fundamentalist-modernist controversy.

The Rev. Harry Emerson Fosdick, a liberal Baptist pastor who served First Presbyterian Church and later Riverside Church in Manhattan, rejected the bodily resurrection of Jesus. Rather, Fosdick viewed the resurrection as a “persistence in [Christ’s] personality.”

In 1922, Fosdick delivered his famous sermon “Shall the Fundamentalists Win?” rebuking fundamentalists for their failure to tolerate difference on doctrinal matters such as the infallibility of the Bible, the virgin birth and bodily resurrection, among others, and for downplaying the weightier matter of addressing the societal needs of the day.

In his autobiography, civil rights leader and Baptist minister the Rev. Martin Luther King Jr. explained that in his early adolescence he denied the bodily resurrection of Jesus.

While attending Crozer Seminary in 1949, King wrote a paper trying to make sense of what led to the development of the Christian doctrine of Jesus’ bodily resurrection. For King, the experience of the early followers of Jesus was at the root of their belief in his resurrection.

“They had been captivated by the magnetic power of his personality,” King argued. “This basic experience led to the faith that he could never die.” In other words, the bodily resurrection of Jesus simply is the outward expression of early Christian experience, not an actual or, at least, a verifiable event in human history.

It is not clear from his later writings that King changed his views on the bodily resurrection. In one of his notable Easter sermons, King argued that the meaning behind the resurrection signaled a future where God will put an end to racial segregation.

Others within the Baptist movement disagreed. Like his fundamentalist forebears, conservative evangelical Baptist theologian Carl F.H. Henry argued in 1976 that all Christian doctrine can be rationally explained and can persuade any nonbeliever. Henry rigorously defended the bodily resurrection of Christ as a historical occurrence by appealing to the Gospels’ telling of the empty tomb and Christ’s appearances among his disciples after his resurrection.

In his six-volume magnum opus, “God, Revelation, and Authority,” Henry read these two elements of the Gospels as historical records that can be verified through modern historical methods. 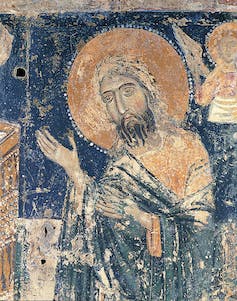 Despite their predominance, the liberal and conservative arguments on the resurrection of Jesus are not the only approaches held among Baptists.

In his book “Resurrection and Discipleship,” Baptist theologian Thorwald Lorenzen also outlines what he calls the “evangelical” approach, which seeks to transcend the distinctions of “liberal” and “conservative” approaches. He affirms, with the conservatives, the historical reality of the resurrection, but agrees with the liberals that such an event cannot be verified in the modern historical sense.

Other than these, there is a “liberation” approach, which stresses the social and political implications of the resurrection. Baptists who hold this view primarily interpret the resurrection as God’s response and commitment to liberating those who, like Jesus, experience poverty and oppression.

Given this diversity of perspectives on the resurrection, Baptists are not unique among Christians in engaging matters of faith practice. However, I argue that Baptists may be distinct in that they believe that such matters must be freely believed by one’s own conscience and not enforced by any external religious authority.

This is an updated version of a piece first published on April 15, 2021.

(Jason Oliver Evans, Ph.D. Candidate in Religious Studies, University of Virginia. The views expressed in this commentary do not necessarily reflect those of Religion News Service.)