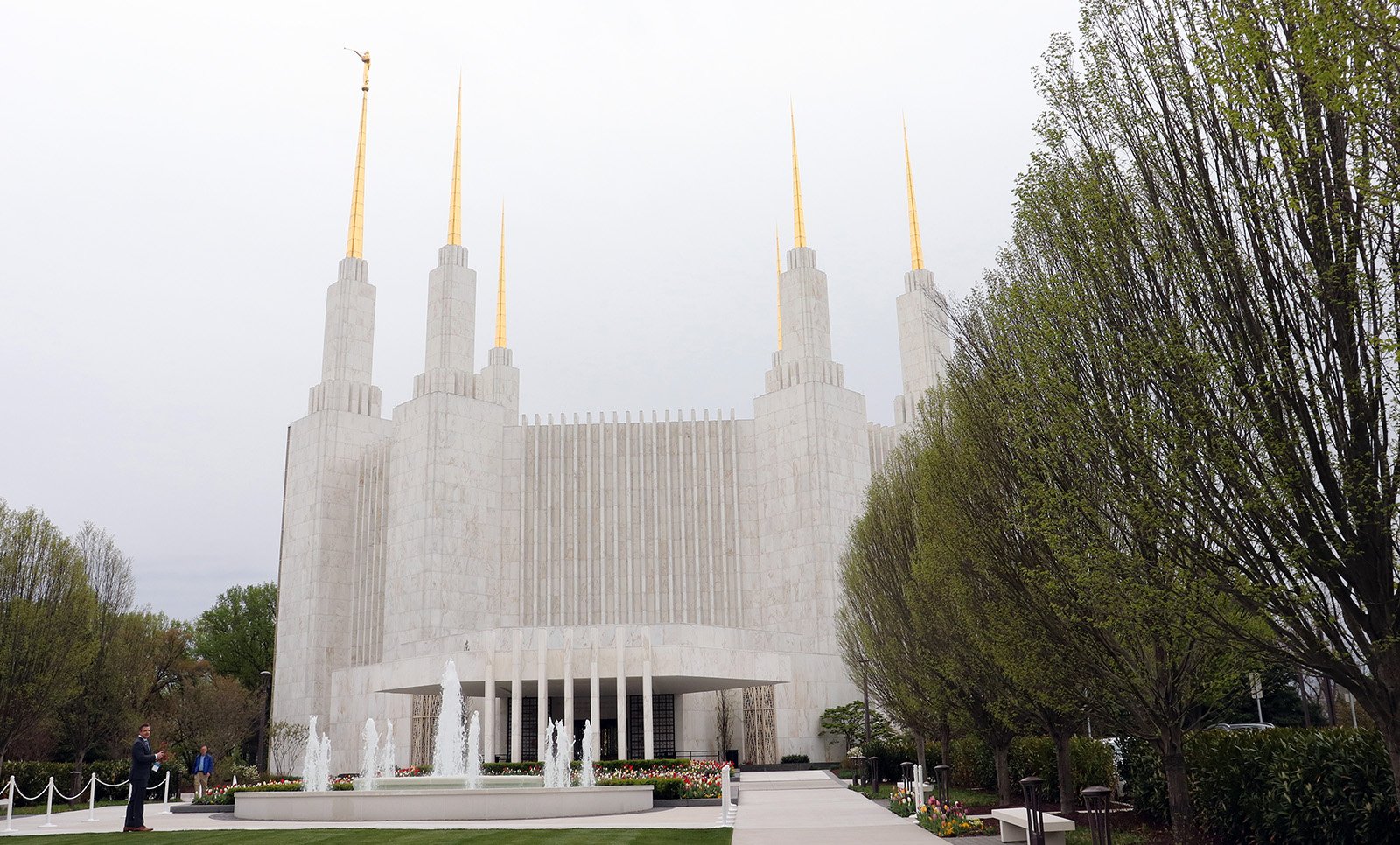 The Washington D.C. Temple of the Church of Jesus Christ of Latter-day Saints on Monday, April 18, 2022. RNS photo by Adelle M. Banks

KENSINGTON, Maryland (RNS) — High on a hill above the infamous Capital Beltway, the gleaming, gold-tipped spires of the temple of the Church of Jesus Christ of Latter-day Saints have long evoked comparisons to the Emerald City’s palace in the “Wizard of Oz.”

Drivers on the perpetually jammed highway are familiar with it as a more mundane landmark for traffic reporters.

Now, beginning April 28, the public is being invited inside for the first time since it was dedicated nearly 50 years ago to tour the temple’s extensive renovations. Emily Utt, the temple’s historian, hopes the public open house will dispel at least a bit of the mystery.

“You’ve been using it to say, ‘Oh, where’s traffic backed up?'” said Utt. “Now come walk in the front door and see what’s inside.”

Closed in 2018 for the renovations, the temple was originally set to reopen in 2020, until the COVID-19 pandemic struck. With services, which are open only to members of the LDS church, beginning at last, officials decided to offer private tours for 10 days, including one Monday (April 18) for journalists, followed by public tours scheduled to run for several months.

“As beautiful as the structure behind me is, temples are not about the building,” Elder David A. Bednar, a member of the Quorum of the Twelve Apostles, said at a news conference before Monday’s tour at the temple’s visitor center. “A temple is a testament to the immortality of the human soul, which we celebrated yesterday on Easter.”

The building, standing 288 feet tall, is the church’s tallest Mormon temple and was originally dedicated in 1974. It serves 150,000 people in the Washington area, who attend some 350 wards, or congregations, and also is visited by LDS members from across the globe. 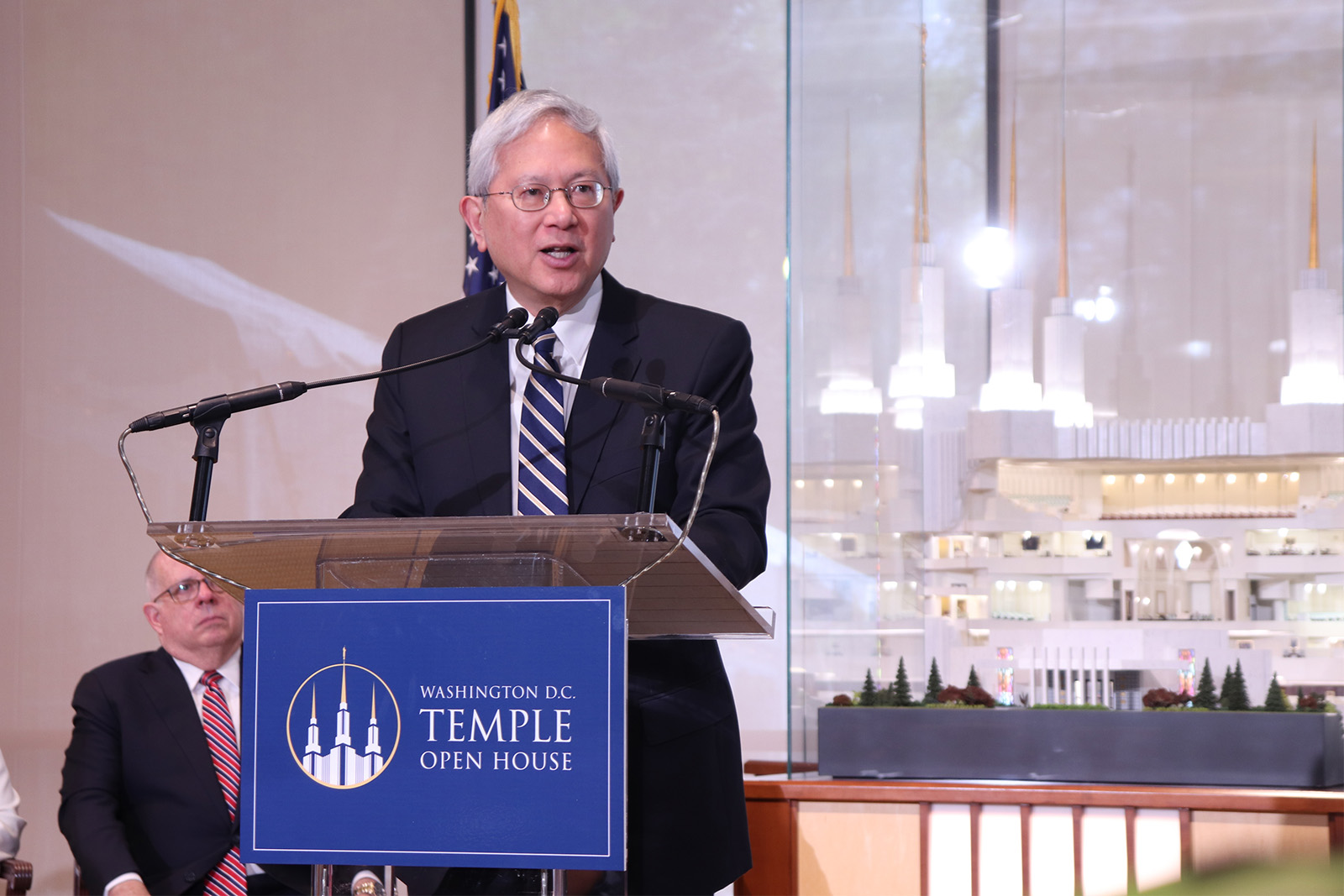 The tour included rooms where church members will, after an Aug. 14 rededication, again dress in white (in a “sisters’ dressing room” or “brothers’ dressing room”) and others where they will perform ordinances, or rituals, of a faith that dates back to 1830 in New York. Video presentations will be available in more than 100 languages.

The baptistry features a 12-sided font featuring carvings of a dozen oxen symbolizing the 12 tribes of Israel, a detail attributed to the ancient temple of Solomon in the Bible.

The baptistry will be used, according to LDS practice, to initiate the dead into the faith. “In our tradition, we think of those who maybe didn’t have an opportunity to participate in the sacred promises that God invites all of us to be part of,” said Gong. “And baptism is one of the places where that begins.” 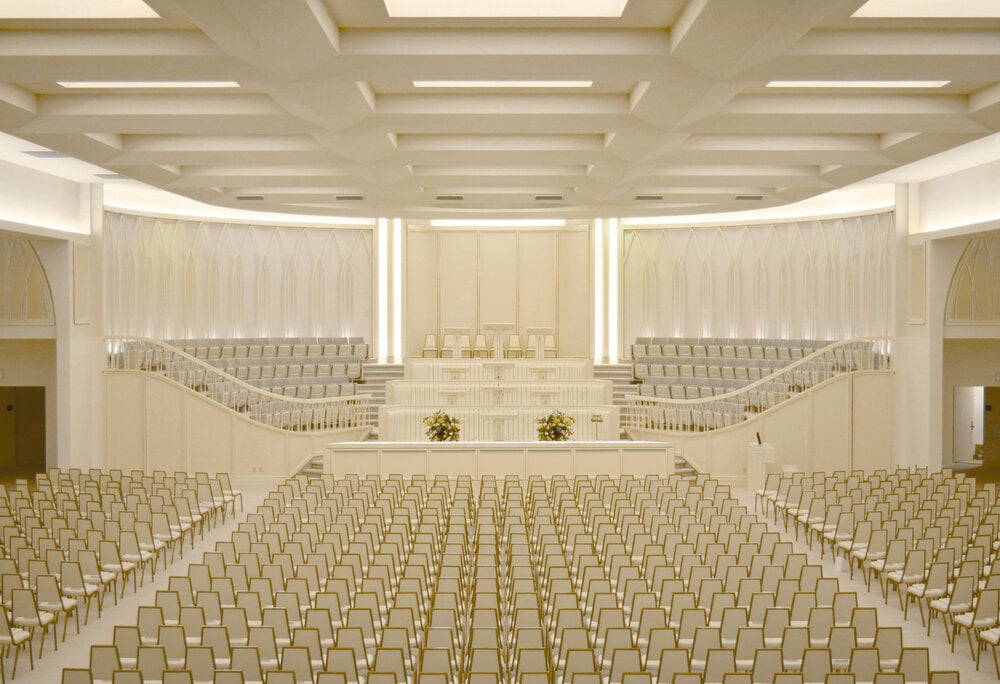 An artistic rendering of the priesthood room at the D.C. Temple. Courtesy image

Gong said Mormons believe that dead people who are baptized by proxy — often by youth of the church — can choose whether to accept the baptism or not.

Fabrics and carpets in some of the rooms, such as one where brides prepare for their wedding ceremony, are decorated with images of cherry or dogwood blossoms, a nod to those commonly seen around Washington in springtime.

The sealing rooms feature an altar at which a husband and wife kneel across from each other, join hands and an official pronounces them and their children “a family for time and for eternity.”

In the “celestial room,” a large chandelier loomed above couches and chairs where Mormons sit and aim to draw closer to God. No conversation was allowed in this room during the tour.

At the news conference, Maryland Gov. Larry Hogan cited volunteer work by members of the LDS church in Maryland, and the Rev. Amos Brown of San Francisco talked about the initiatives announced last year by LDS and NAACP officials in which the church would supply millions of dollars for programs in inner cities and scholarships for Black college students. An aerial view of the D.C. Temple of the Church of Jesus Christ of Latter-day Saints in Washington, D.C., in 1988. Photo by MSGT Ken Hammond/National Archives/Creative Commons

The initiatives include a fellowship, named for Brown, a Baptist pastor and veteran civil rights activist, that will send U.S. students to Ghana this summer to learn the history of slavery.

“I am humbled by this great example of this faith community uniting in order to heal the breaches in our nation, making bonds and setting the bar higher for us to move away from war, strife, prejudice in a world that so desperately needs people of good will and justice,” Brown said.

Local Mormons say the pending reopening of the temple is a welcome relief for those waiting to return for instruction and inspiration.

Between the start of renovations and COVID-19 restrictions, Helene Thornton, who attends a Germantown, Maryland, ward, said she had traveled to the Philadelphia LDS temple twice to attend sealing ceremonies. She’s glad to have a temple open close to home again.

“I’ve been looking forward to this for a long time,” she said. 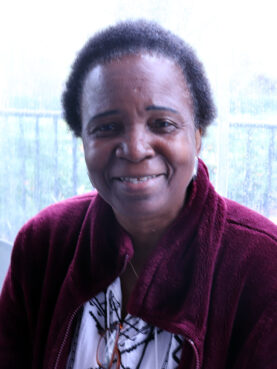 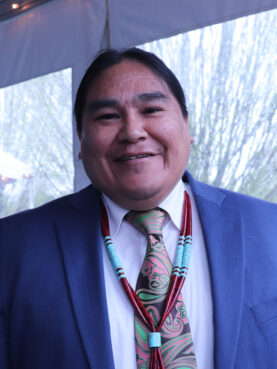 Shane Begay, an LDS member and a Navajo who works in Washington on tribal housing issues, voiced similar sentiments about the local temple.

“It’s a conduit for heaven for a lot of us,” he added, “where we believe that’s where we can commune with God here on earth.”