(RNS) — In a letter made public last week, Archbishop Salvatore Cordileone of San Francisco announced that House Speaker Nancy Pelosi, a religious Catholic who represents San Francisco in Congress, would be banned from receiving Holy Communion in her home diocese. The reason given was that Pelosi defies what Cordileone called in this announcement “the Church’s ancient and consistent teaching” that a life must be protected from the moment of conception.

Cordileone said he had “no choice” but to ban Pelosi from Communion until she publicly repents and conforms to the church’s teaching on abortion.

There is a lot to unpack here, starting with what Cordileone claims is the “ancient and consistent” church teaching on abortion. No matter how Cordileone finesses it, that narrative is not true. The church’s oldest teaching on abortion, dating until the 1580s, actually stated that abortion was not an act of killing until a fetus had gestated for 40 days or 80 days, depending on the baby’s gender, because only at that point was it believed that the fetus had a soul.

Writing in The Outline, Molly Monk points out that this was the position held by St. Thomas Aquinas and though different popes subsequently had different opinions on the matter, “Typewriters, electric batteries, and elevators were all invented before the Catholic Church hardened its stance on abortion.”

RELATED: Vatican archbishop to bring Pope Francis’ take on being pro-life to the United States

That doesn’t change the fact that church teaching is firmly anti-abortion now, and Cordileone is certainly empowered to speak out. But the archbishop’s insistence that he had “no choice” but to issue this public, humiliating letter to Pelosi remains questionable, as Cordileone is also not telling the whole story here either: He does have a choice. 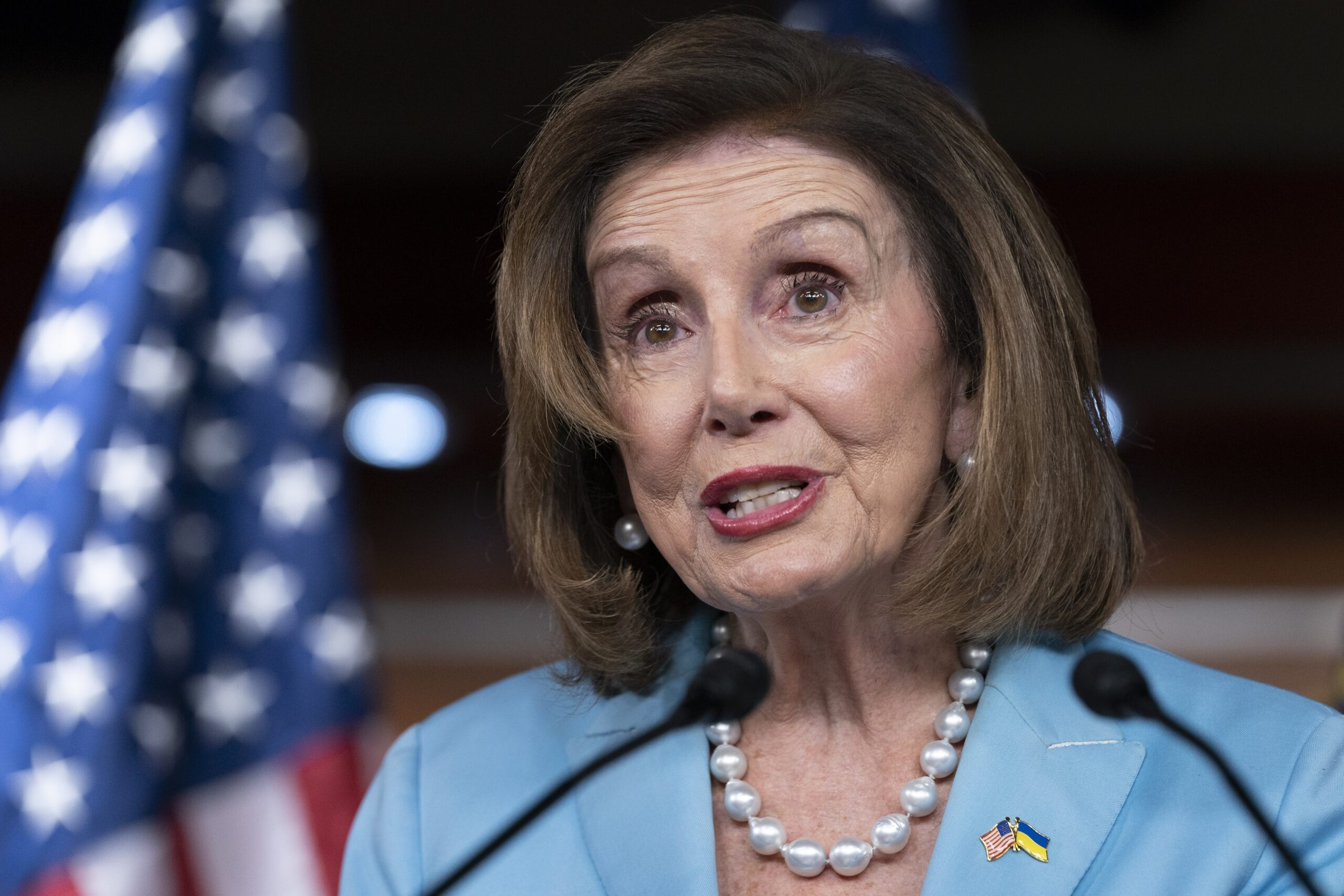 Speaker of the House Nancy Pelosi, of California, speaks during a news conference on May 19, 2022, on Capitol Hill in Washington. The conservative Catholic archbishop of San Francisco said May 20, 2022, that he would no longer allow Pelosi to receive Communion because of her support for abortion rights. (AP Photo/Jacquelyn Martin, File)

Cordileone’s justification for denying Pelosi Communion is an article of church law called Canon 915, which states that Communion should be denied to certain people under certain conditions. Pelosi does seem to meet its conditions.

Yet Cordileone is not required to act. Kelly O’Donnell, a canon lawyer who teaches at California Lutheran University, explained: “Each bishop is his own judge in his own diocese, and canon law is universal law. Some of the laws they have to enforce, and some laws they can choose” whether or not to apply.

O’Donnell said that enforcement of Canon 915 “is not demanded.” A bishop may choose not to enforce it for workaday reasons, she said — if say, speaking out against a government official would cause the official to deprive the bishop of funding for his programs.

Indeed, the U.S. Conference of Catholic Bishops has issued different responses to Canon 915 over the years, explaining in 2004 that “Bishops can legitimately make different judgments on the most prudent course of pastoral action.”

They also sagaciously warned, “The polarizing tendencies of election-year politics can lead to circumstances in which Catholic teaching and sacramental practice can be misused for political ends.”

Given Pelosi’s position in Congress and the midterm election approaching this fall, it’s difficult not to interpret Cordileone’s very public pastoral decision as a political one. With almost 40,000 Twitter followers, surely Cordileone is familiar with the consequences of publishing sensitive and potentially embarrassing information. Then again, the archbishop seems to enjoy a good culture war brawl, and his timing isn’t always keyed to elections. 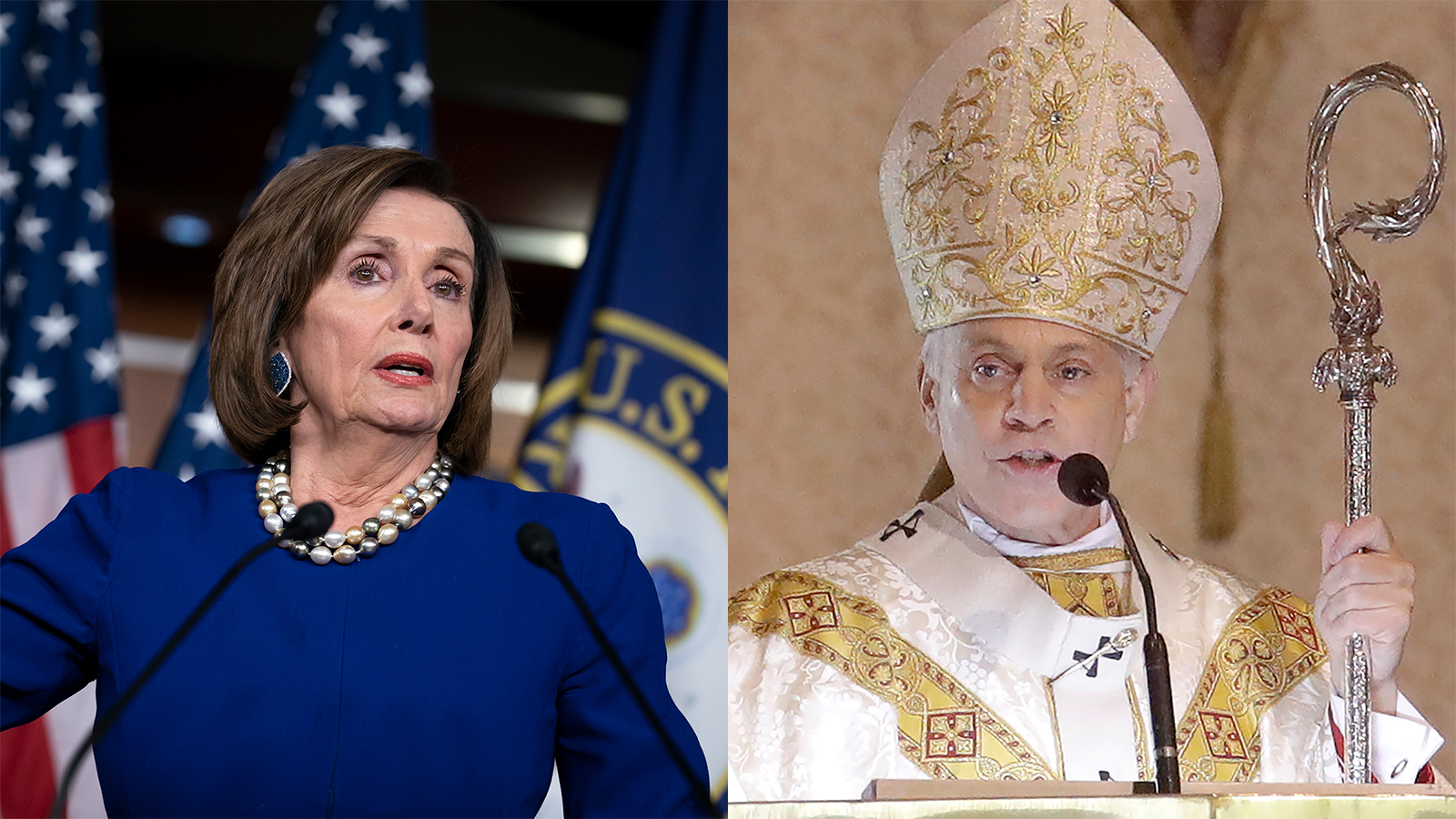 For the record, Cordileone maintains that he called out the speaker because she is a source of “scandal,” which in the church’s glossary means she is leading others to sin. But while Pelosi is well known, her abortion stance is better seen as a symptom of Catholics’ divergence from church teaching, not a cause. A strong majority of Catholics, 56%, prefer legalized abortion, and 68% of them oppose overturning Roe v. Wade. On the subject of sexual health, 99% of Catholics have used contraception to control their own reproductive destinies.

In the light of these statistics, Cordileone’s letter looks as if he’s more interested in making an example of Pelosi than sheltering his flock from sin.

What’s most curious about Cordileone’s letter is that Francis has also already dealt with this topic in his relationship with President Joe Biden. Last year the pope advised the USCCB not to institute a policy that would have prevented Biden from receiving Communion, and the USCCB wound up releasing a document that was relatively vague. As recently as last fall, Francis responded to questions about Communion bans by talking of himself as a shepherd who avoids “condemning” and instead shows “closeness, compassion and tenderness” according to God’s model.

Cordileone takes great pains to cast his actions, too, as driven by love rather than by a will to punish or control. In an interview with America magazine, he told a reporter, “I want to help (Pelosi) to understand that it is unacceptable to kill babies in the womb and the harm so often it does to women.”

An inability to tell the difference between right and wrong does not seem to be Pelosi’s problem, however — even Cordileone refers to Pelosi’s “maternal heart.” He seems flummoxed that such a person, who has raised five children of her own, could support legalized abortion. Maybe Pelosi can help him understand: Being maternal and wanting to control your own reproductive choices are not mutually exclusive.

(Nava Anne Grant is a communications professional who lives in New York. She has a master’s degree from Yale Divinity School. The views expressed in this commentary do not necessarily reflect those of Religion News Service.)