After announcing plans to retire in September, Rick Warren, author of “The Purpose Driven Life” and one of the most influential voices in evangelical Christianity, named San Francisco pastor Andy Wood to follow him at Saddleback, a Southern California congregation Warren founded that draws 25,000 people to worship services. Wood, 40, is currently the lead pastor of Echo Church, a multi-site congregation based in San Jose, California.

After the public announcement, a former Echo Church staffer made comments about issues with Wood’s leadership on social media.

According to a statement issued by Saddleback Sunday night, Wood had told the church’s elders about the allegations made by the former staffer during his interview process and offered to show them videos of his meetings with the former staffer. The church asked Vanderbloemen Search Group, which did the initial background check on Wood, to do a follow-up review.

“Our elders have now received a preliminary second report from The Vanderbloemen Search Group, clearing Pastor Wood from all allegations,” the church said in a letter to the congregation Sunday (June 12), which was also sent to Religion News Service.

The search company was provided video footage, emails, text records and interviews that Echo gathered in its own review of Wood’s actions. Echo had conducted its own interviews, as well, according to Saddleback’s letter. “Finally, they tried to reach out to the former staff member and have yet to receive communication back,” the church said.

Church leaders said they sent the letter out because “we felt it was important that you hear the facts on this from us now, rather than in the news or on social media.”

“Please stop a moment and pray right now,” church leaders asked the congregation. “Pray for clarity of the truth and for wisdom.”

Wood, in a statement to RNS, said that Echo “would be happy for any current or former staff members to share their working experience at Echo with Vanderbloemen as a part of their investigation, adding, “We want to do everything we can to help the truth about these allegations come to light.” 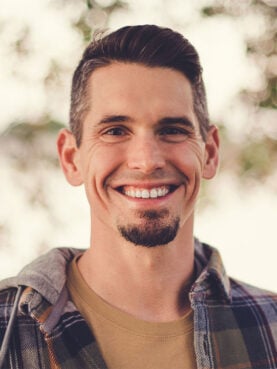 Scot McKnight, co-author of “A Church Called Tov,” which advocates for building healthy church leadership, said the culture of large churches can create celebrity pastors who lead in problematic ways. McKnight, professor of New Testament at Northern Baptist Theological Seminary, has advocated for whistleblowers who have spoken up about abusive church leaders such as former Willow Creek pastor Bill Hybels.

Founded in 2008 as South Bay Church, Echo now has four campuses and draws about 3,000 people to weekly services. The church has grown in part through merging with smaller, struggling congregations to create what’s known as a multi-site church.

“Church mergers have become one of the most effective strategies for struggling churches to thrive again, for growing churches to amplify their reach, and for church facilities to be better utilized to advance the Gospel in a region,” according to a section of the Echo Church website.

Wood also runs an annual leadership conference, which last year included Mark Driscoll, the disgraced pastor of Mars Hill Church in Seattle. Driscoll resigned in 2014 after a series of controversies involving allegations of bullying, plagiarism and abuse of power and now pastors a church in Arizona.

Lance Hough, a former staff member at Echo’s Fremont campus, left the church last year citing an “unhealthy culture” in which, he alleged, Wood demanded unswerving loyalty. Hough had been part of the leadership team at Crossroads Church in Freemont when it merged with Echo.

That merger is billed as a “marriage merger” on Echo’s website, where “two growing churches realign with each other under a unified vision and new leadership.” The merger was supposed to be a partnership, said Hough, but became more of a takeover.

“And as soon as our organization started to functionally merge, they started systematically killing off everything that made our church unique,” Hough said, while adding that the Crossroads pastor remained on staff and disagreed with his critiques.

Hough said Wood was personable and friendly as a leader but dismissed out of hand any questioning of the Echo way of operating. He worried that Wood may use the goodwill created by Saddleback and Warren to impose his own approach to ministry, which Hough believes is inherently unhealthy.

In a statement Tuesday (June 13), the Echo Church trustee board and a board of overseers released a statement saying that “cultivating a healthy staff culture is one of our biggest priorities. We care deeply about creating an environment of authentic care and support with zero tolerance for abuse, bullying, or intimidation.”

The statement said a former staffer had raised allegations about Wood during a “personnel matter” and that “due diligence was taken to appropriately inspect the allegations when initially raised.”

“The summary report of the findings consistently showed that Pastor Andy was none of the things described in the allegations,” the statement said. “Rather, he was found to be very much the opposite: a healthy leader who genuinely loves God and people. Regrettably, efforts by Pastor Andy toward seeking peace and understanding with this person were not received. But we are still open and hopeful today for peace in the relationship.”

A graduate of Southwestern Baptist Theological Seminary, Wood planted a congregation known as Breakthrough Church while in seminary before moving to the San Francisco Bay area, according to a 2009 prospectus for Echo, initially known as South Bay Church. Among the founding values of the church were healthy relationships and character-driven leadership, according to that prospectus.

“We believe that God is glorified in our midst when we make his love complete by showing sacrificial kindness to one another,” the prospectus states. “We believe the gospel calls us to place the goals and interests of others above our own.”

In announcing Wood as his successor, Warren said he looked at about 100 potential candidates. He cited Wood’s experience in church planting, saying he had “already built a church in a very difficult place” and had the skills to manage a complex megachurch like Saddleback, which holds services in about a dozen locations.

Warren also said that character mattered in a new pastor, citing a list of character traits for leaders found in the Apostle Paul’s first letter to Timothy and his letter to Titus, from the New Testament.

“If you’re going to lead a church, those qualities are non-negotiable,” said Warren in a video introducing Wood. “And if you don’t have those qualities in your life, you’re automatically disqualified from pastoring and leading a church family.”

Warren founded Saddleback in 1980 using principles he laid out in his 1995 book, “The Purpose Driven Church.” In his video announcing Wood, Warren said that more than a million pastors worldwide had been trained in those methods. Warren became a household name in 2002 with the publication of “The Purpose Driven Life,” which expanded his ideas to personal values.

In May 2021, Saddleback made headlines after ordaining three female staffers as pastors — a controversial step for churches in the Southern Baptist Convention, Saddleback’s denomination, which limits the office of pastor “to men as qualified by Scripture.” (Southern Baptists disagree as to whether the limit applies only to a church’s senior pastor or anyone with the title of pastor. They also disagree over whether women can preach in a Sunday service.)

At the SBC’s annual meeting, Saddleback was reported to the Credentials Committee, which is charged with deciding whether or not a church is in “friendly cooperation” with the denomination. Though some churches have left the SBC after naming women as pastors, the denomination has never officially removed any church for having a woman pastor.