(RNS) — For two years as the COVID-19 pandemic raged on, Sumaira Malik and her husband, Nauman Chaudary, left their deposit with Dar El Salam Travel for their planned hajj, or pilgrimage, to Mecca, Saudi Arabia, from their Virginia home. In April, when the Saudi Ministry of Hajj and Umrah announced it would permit 1 million international and domestic pilgrims to perform hajj, Malik allowed herself to become hopeful.

“(Our travel agency) said they would start with those who had registered in 2019, and so we got in. Everything was settled,” said Malik. The couple made sure their vaccinations were in order and took time off from their work as physicians. Their three kids would be cared for by their babysitter and Malik’s mother, who would fly over from Pakistan.

Then, less than a month before hajj was to begin, travel agencies in the United States, Canada, Australia, the United Kingdom and Europe informed Muslims preparing to fulfill their religious obligation that all bookings would be canceled. Instead, a lottery would determine who would be admitted, and all new trips would have to be made through a Saudi-controlled platform called Motawif.

Those who hope to go on hajj early next month are currently hearing if they have been picked.

“I felt terrible,” Malik told me. “I had been waiting for three years. The first year when COVID broke, I thought we’d still be able to go — I was broken when they said hajj was canceled. But it was COVID and everyone understood. But this year I was ready and really, really wanted to go.”

Zeba Qaadri and her husband, Iqbal Butt, faced the same heartache. The Texas couple had also booked a hajj package through Dar El Salam and received the same email as Malik and Chaudary. “I came home and shut myself in a room and just cried,” she said. “I was thinking Allah was not happy with me. He’s creating such an obstacle that I can’t go.

“Now I’m thinking of this as a test. So maybe it’s not a good time to go; I’m at that stage now (of acceptance). If it happens, Alhamdullilah,” said Qaadri, using the Arabic for “praise God.” “If it doesn’t happen, Alhamdullilah.” 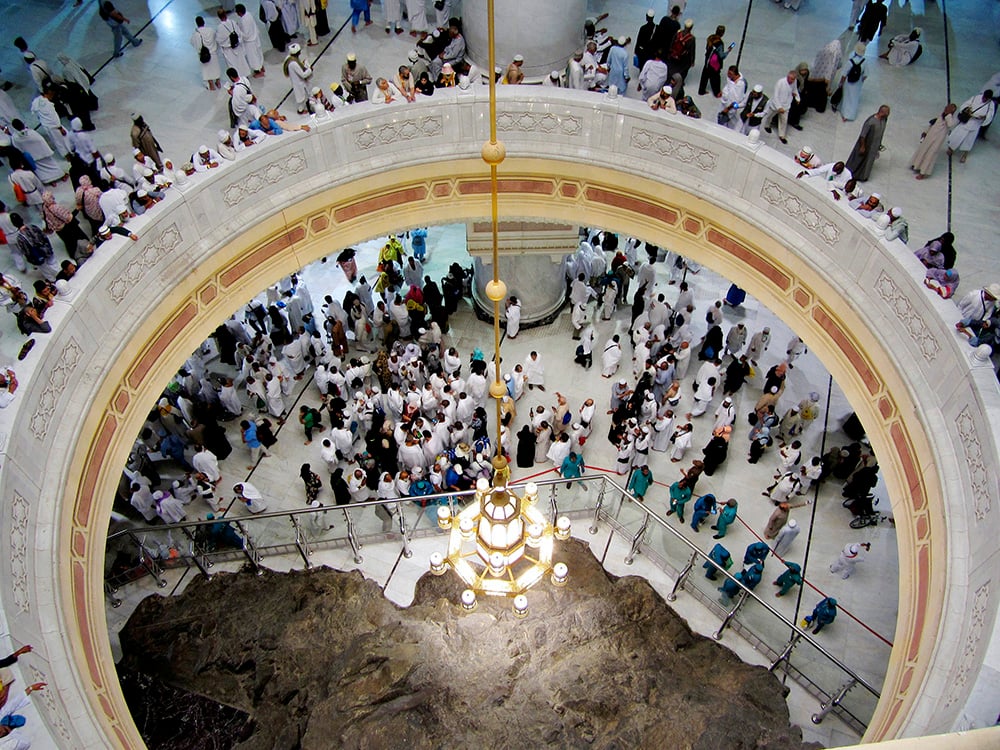 Pilgrims pray near the Al-Safa mountain, at the Grand Mosque, during the hajj pilgrimage in the Muslim holy city of Mecca, Saudi Arabia, on Aug. 9, 2019. In the largest annual pilgrimage on Earth, Muslims have arrived in the kingdom to participate in the annual hajj, a ritual required of all able-bodied Muslims at least once in their life. (AP Photo/Amr Nabil)

Hajj is one of the five pillars of Islam and an obligation for all able-bodied and financially able Muslims to perform once in their lifetime. The pilgrimage, which typically begins in July, requires a set of rituals to be performed in a particular order and under specific rules between the Grand Mosque in Mecca, Arafat, Muzdalifah and surrounding areas. It takes about five to six days to complete. Most pilgrims also visit the holy city of Madinah and Masjid Nabawi — the mosque of the Prophet Muhammad — but this isn’t required.

In non-COVID-19 years, upwards of 3 million people from around the world, annually, performed the hajj, with the Saudi Ministry of Hajj and Umrah shepherding pilgrims through an area of less than 10 kilometers. And they must perform the rites properly lest their hajj risk not being accepted by God. The logistics defy understanding.

Planning to go on the pilgrimage hajj is also extremely challenging, time-consuming and not particularly affordable. It costs several thousand dollars for a U.S. traveler, depending on the travel agency and hajj package. The length of the trip, accommodations (for instance, how many people you’ll share your room with, transportation, meals and myriad other things). Between 2020 and 2022, of course, prices kept rising.

The system is arguably capitalistic: The more money you pay, the better the experience you probably will have. Any of these packages have the benefit, however, of grouping pilgrims together, allowing scholars and knowledgeable leaders to teach them about the intricacies of the pilgrimage along the way.

Malik and Chaudary would have paid about $25,000 each for their hajj. They chose their package because it was the shortest available, put them in a hotel close to the Grand Mosque, offered them the opportunity to share one room between them (whereas usually in most hajj groups, women share a hotel room with other women, men with men), and included a flight between Madinah and Makkah to save on time instead of traveling by bus.

Qaadri and Butt also chose a premium package — about $40,000 for them both — partly so they could travel with a particular scholar they admired. But with their deposits having been refunded, everything is up in the air.

“It’s kind of scary,” Qaadri said. “This is a once-in-a-lifetime thing you don’t want to mess up. These scholars help you; they guide you on what to do. Right now we’re clueless. Will someone be with us? Will someone guide us?”

I couldn’t get anyone in the Saudi Ministry of Hajj and Umrah to answer my calls and emails, let alone answer questions about this huge procedural change. Their shakeup of hajj is the conversation in Muslim circles, in person and online. Why did the Saudi government make this huge change? And why now, so close to the start of the 2022 pilgrimage? Why not put the changes in place for hajj 2023?

Some theorize that the Saudi plan was to cut out the middleman and drive costs down. Domestic packages for Saudis currently suggested on the Motawif site range from about 15,000 SAR to 10,000 SAR, which is less than $5,000 per person. For U.S.-based hajj hopefuls, travel packages are grouped into platinum, gold and silver categories. In screenshots sent to me by friends waiting to hear if their registration was picked in the lottery, a “Golden hospitality package” for 25 days and 24 nights — including accommodations, food, transportation and a flight originating from Dulles airport in Washington, D.C. — costs $21,751 per person. Another similar package costs $24,774 per person. So, not much cheaper than what many U.S. travelers were already set to pay. I wasn’t able to find out the price range of a “Silver” package.

Saudi Arabia also needs to recoup its financial losses from the last two years of a virtually non-existent hajj. As much as Muslims see the hajj as a supremely spiritual religious obligation, it is a business: The 10-days of hajj in 2011 generated upwards of $10 billion, according to Mecca’s chamber of commerce.

Still, why make such a huge change in how Muslims in the U.S., Canada, Europe and Australia planned for their hajj, so many of whom waited years for this to come to fruition, this close to it happening? Why upend the plans of thousands of Muslims at the 11th hour, so many of whom had already taken the days off work, made arrangements for their children and made their niyyah (intention) to go? How will hajj 2022 all come together? 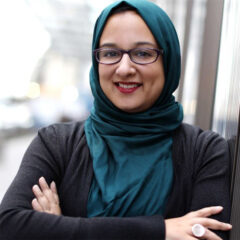 Ask pretty much any Muslim who has performed his/her hajj (like myself), and they’ll tell you that hajj is a sacred calling. Until Allah invites you to come, you will not be able to go, no matter what you want. I was desperate to perform my hajj in 2005, and it seemed impossible to pull off. But my invitation came, and things fell into place regarding our responsibilities at home literally the day before my husband and I were to leave.

Will the hajj fall into place for Malik and Chaudary, Qaadri and Butt and thousands of other hopeful hajjis like them?