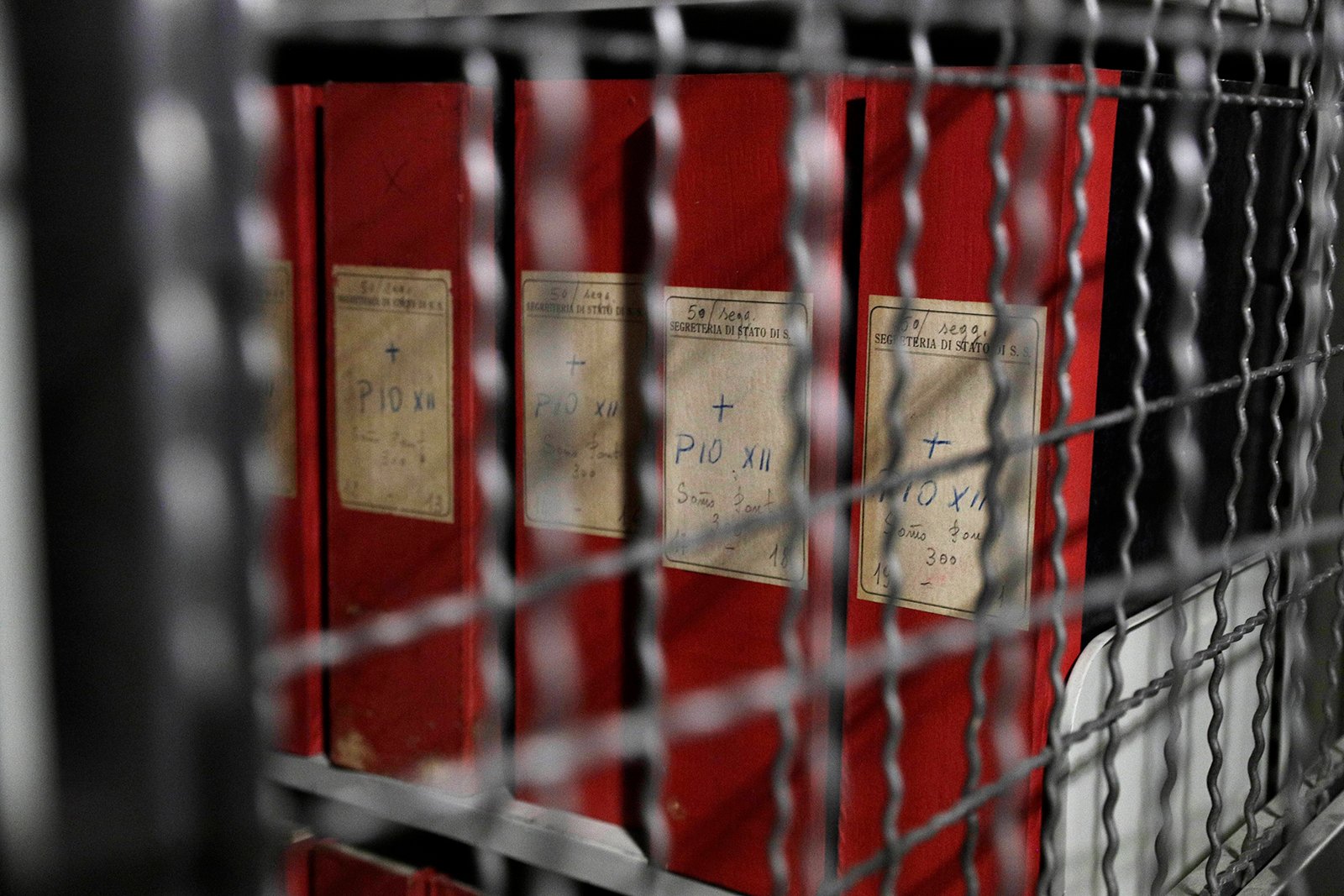 Folders marked with labels reading “Pius XII” are seen through a grating during a guided tour for media of the Vatican library on Pope Pius XII, at the Vatican, Feb. 27, 2020. The Vatican’s apostolic library on the World War II-era pope and his record during the Holocaust opened to researchers on March 2, 2020. (AP Photo/Gregorio Borgia)

VATICAN CITY (RNS) — After opening its trove of Pius XII’s papers to scholars in 2020, the Vatican is making available to the public almost 40,000 files containing appeals by Jews fearing Nazi persecution for help from the wartime pope. The decision, announced Thursday (June 23), follows reports by researchers and academics suggesting that the controversial pope prioritized Catholic lives over Jews’.

The data, organized in 170 volumes under the succinct title “Jews,” will be available to all for free on the official website of the Historical Archive of the Vatican Secretariat of State. The documents will be displayed digitally with a description of the Vatican employee who read the pleas for help.

Only 70% of the material is available online immediately, with the following volumes being presented once they are ready.

Researchers have had access to these files in person since March 2020, but the pandemic shut down or slowed their efforts to shed light on what is a controversial chapter in Catholic history.

Archbishop Paul Richard Gallagher, the Vatican’s equivalent to foreign minister, said the archival material “will allow the descendants of those who asked for help to find traces of their loved ones from any part of the world.” 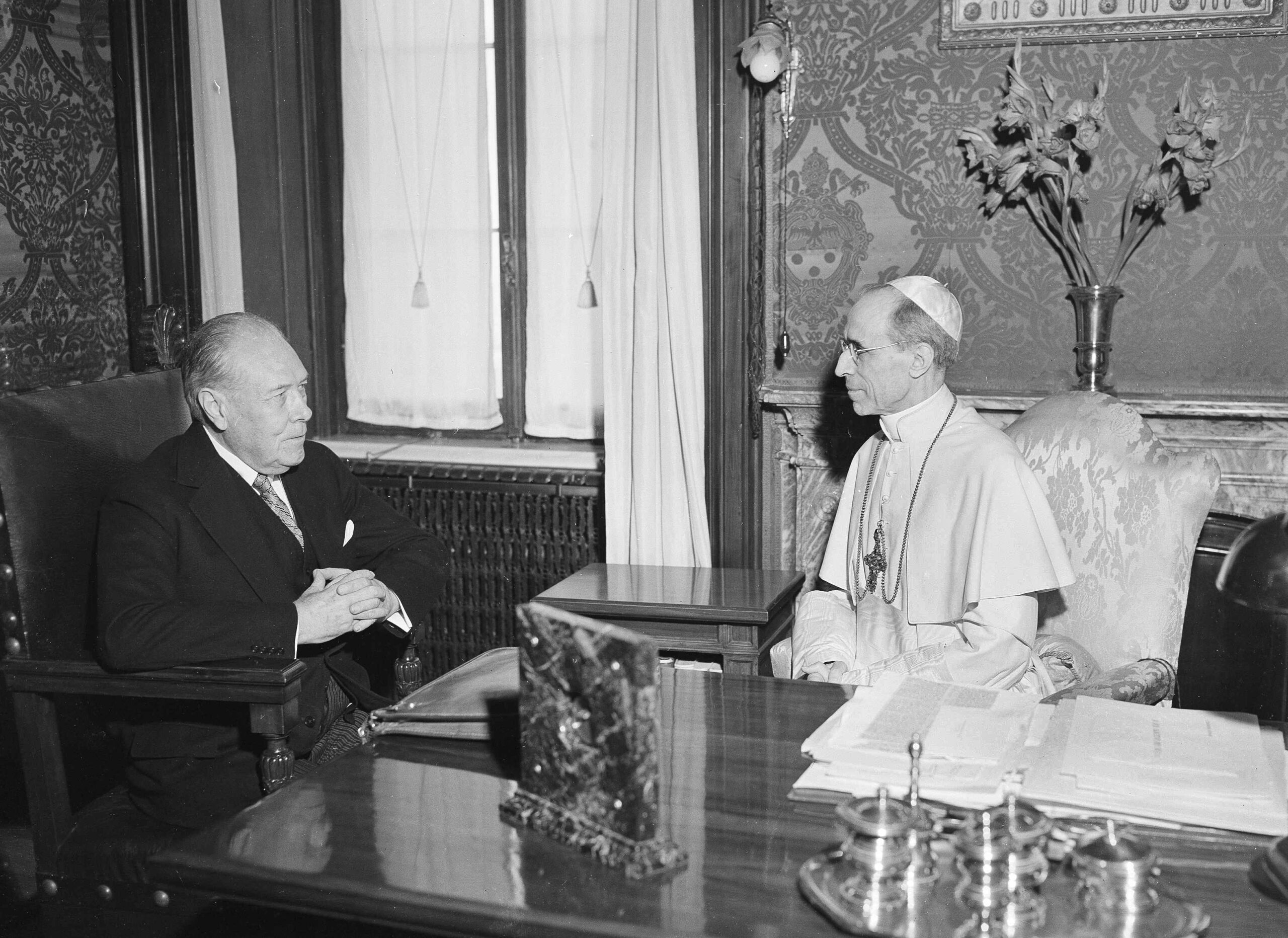 President Harry Truman’s envoy to the Vatican, Myron C. Taylor, left, has an audience with Pope Pius XII at Castelgandolfo near Rome, on Aug. 26, 1947. The Vatican has long defended its World War II-era pope, Pius XII, against criticism that he remained silent as the Holocaust unfolded, insisting that he worked quietly behind the scenes to save lives. Pulitzer Prize-winning author David Kertzer’s “The Pope at War,” which came out  June 7, 2022, in the United States, and cites recently opened Vatican archives, suggests the lives the Vatican worked hardest to save were those of Jews who had converted to Catholicism or who were children of Catholic-Jewish “mixed marriages.” (AP Photo/Luigi Felici, File)

The archive contains more than 2,700 cases of requests for help, often by entire families or groups.

The Vatican took pains to show that Pius was responsive to their pleas, describing the voluminous archive of names of Jews who asked for help as “Pacelli’s List,” using Pius’ family name to draw a parallel with “Schindler’s List,” the effort by the German industrialist to save Jews from the Holocaust:

“Although the two cases differ, the analogy perfectly expresses the idea that people in the corridors of the institution at the service of the Pontiff, worked tirelessly to provide Jewish people with practical help,” the Vatican announcement read. 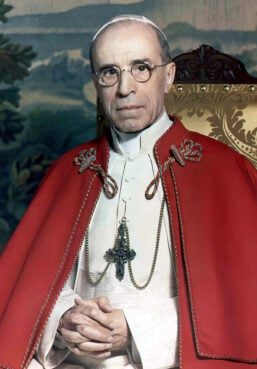 Among the appeals received by the Vatican were requests for visas and passports, asylum opportunities, help in finding lost family members, aid in changing or leaving concentration camps as well as financial and spiritual support. The Vatican said it provided assistance to Catholics and non-Catholics alike.

“The requests would arrive at the Secretariat of State, where diplomatic channels would try to provide all the help possible, taking into account the complexity of the political situation in the global context,” Gallagher said in the statement.

Pius headed the Catholic Church from 1939 to 1958, and his failure to publicly denounce Adolf Hitler and the Nazi regime have made him among the most widely criticized pontiffs in modern times. Defenders of the pope, who is in line to be canonized as a saint, claim that Pius worked tirelessly to help Jews by offering them refuge in monasteries and even within the Vatican’s walls.

Researchers from the University of Münster, Germany, who first began studying the Vatican archives soon after they were opened, have expressed skepticism about the Catholic Church’s methodology in presenting the documentation.

In a new book by historian David Kertzer, “The Pope At War: The Secret History of Pius XII, Mussolini, and Hitler,” Pius is portrayed as prioritizing saving the lives of Catholics. Kertzer traces a web of backdoor deals and understandings with Hitler and his genocidal regime. 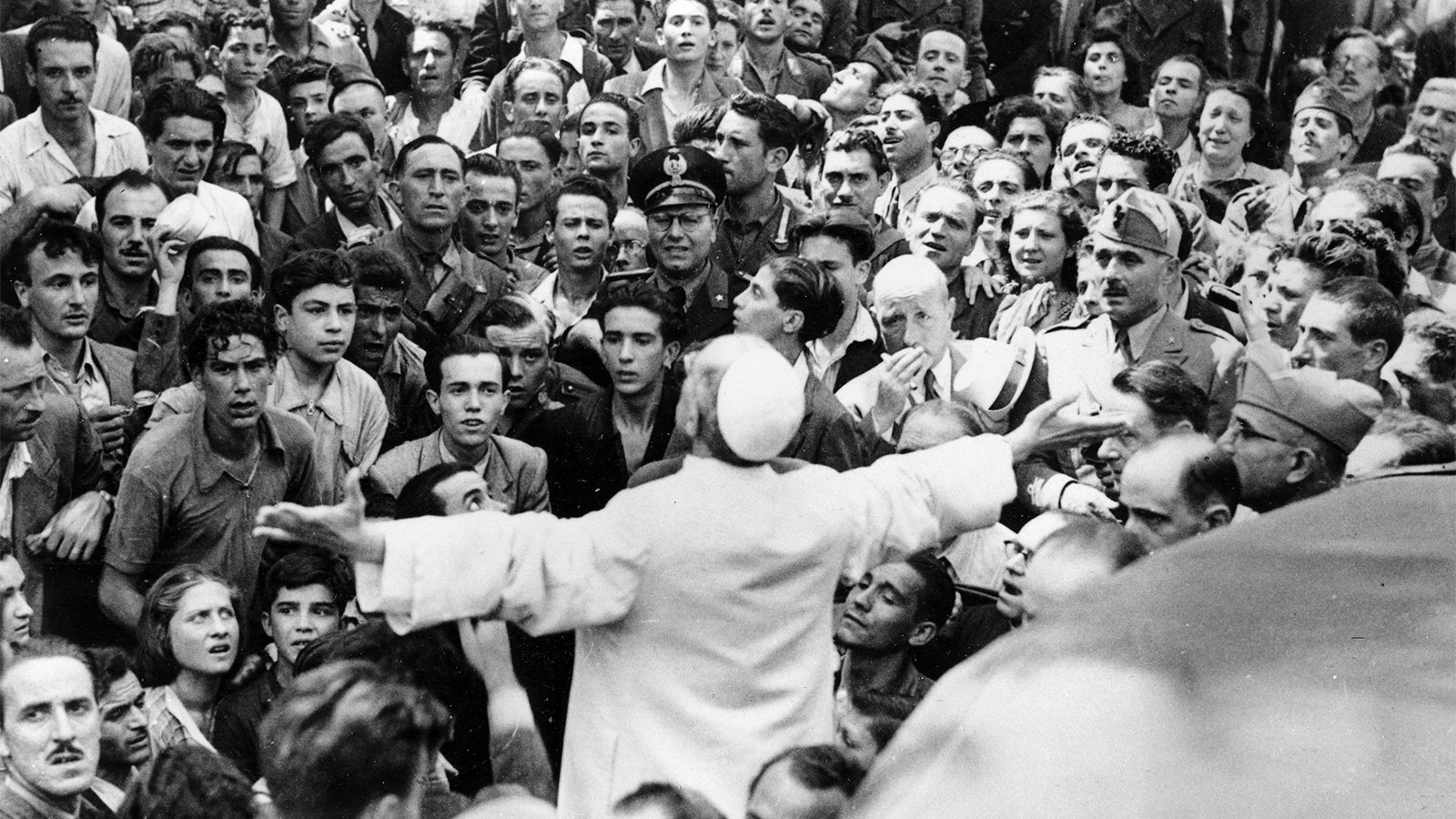 Men, women and soldiers gather around Pope Pius XII, his arms outstretched, during his inspection tour of Rome after American air raids in World War II, on Oct. 15, 1943. (AP Photo)

Pope Francis, who has a history of dialogue and friendship with Jewish thinkers and philosophers, has pushed for the archives to be opened to everyone online. On Monday, Francis met with members of the Simon Wiesenthal Center, a Holocaust remembrance organization, which gave him a copy of the letter in which Hitler first laid out his vision of the mass murder of Jews.

In 2016, Francis visited in silent prayer the Auschwitz-Birkenau concentration camp, in what is now Poland.

RELATED: Why nonsense stories about the pope resigning keep popping up