(RNS) — Commissioners for the Presbyterian Church in America approved a motion to leave the National Association of Evangelicals on Wednesday (June 22) at the PCA’s General Assembly in Birmingham, Alabama.

It’s the third time in the past decade the theologically conservative Presbyterian denomination has considered a measure to leave the association, an umbrella organization of 40 evangelical Christian denominations.

The decision comes at a time when the head of the NAE serves a PCA congregation. Walter Kim, who took charge of the association in 2020, is a teacher-in-residence at Trinity Presbyterian Church in Charlottesville, Virginia.

Before transitioning to a full-time role with the NAE, Kim was ordained by the PCA and served as pastor for leadership at the church, according to the organization. He maintains his ministerial credentials with the Conservative Congregational Christian Conference.

The National Association of Evangelicals does not comment on denominational decisions, a spokesperson told Religion News Service.

At issue, according to the overture submitted by the Pee Dee Presbytery in South Carolina and approved by a 1,059 to 681 majority, is the NAE’s advocacy work.

The NAE has “frequently intermeddled in civil affairs,” according to the overture. It points to a 2011 statement by the association meant to spark discussion on how climate change impacts vulnerable populations, the organization’s past efforts supporting immigration reform and its 2015 change of heart on the death penalty, which it had previously supported.

The overture specifically names the Fairness for All Act drafted by the National Association of Evangelicals and the Council for Christian Colleges and Universities. The act calls for federally recognized protections for sexual orientation and gender identity alongside strong religious exemptions.

“Advocating for a political compromise regarding sexual orientation, gender identity, and religious freedom” oversteps the Westminster Confession of Faith, according to the overture. The confession, which was written in the 1600s for the Church of England and later adopted by the Presbyterian Church in America, says “synods and councils are to handle, or conclude nothing, but that which is ecclesiastical; and are not to intermeddle with civil affairs which concern the commonwealth.”

The overture also argues, “Many prominent conservative and evangelical thinkers and leaders have denounced this compromise as not leading to ‘fairness’ for all who uphold biblical teaching on sexuality and marriage, but rather attempts to guarantee religious freedom for some organizations and institutions while potentially undermining the pre-political religious freedoms of all Americans codified in the 1st Amendment of the U.S. Constitution.” 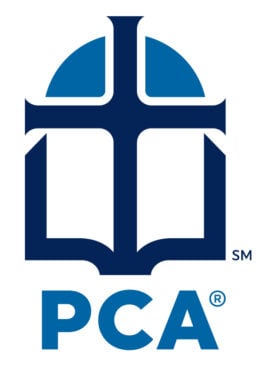 Roy Taylor, former stated clerk of the Presbyterian Church in America, told the General Assembly he planned to file a protest over its decision to leave the NAE.

Taylor argued for the denomination to remain part of the association, urging commissioners to show the same unity as George Whitefield and John Wesley, two prominent ministers in the Church of England during the Great Awakening. While the two held different beliefs on some theological matters, he said, Whitefield regarded Wesley “as a brother in Christ” and stipulated in his will that Wesley preach at his funeral.

“I am a George Whitefield Calvinist. I hope that you are, too,” Taylor said.

RELATED: Presbyterian Church in America leaders say those who identify as gay are not qualified for ordination