(RNS) — Wednesday, President Joe Biden announced a sweeping plan to address the US student loan crisis, including provisions for debt forgiveness and an extension of the federal payment pause.

This announcement generated polarizing Christian responses on social media with #studentloanforgiveness as a top trending hashtag on Twitter. Many Christians applauded the proposal, citing manumission laws from the Pentateuch such as, “Every seventh year you shall grant a remission of debts,” (Deuteronomy 15:1, all Bible quotations from NRSV). Others condemned the proposal, stating that it violates responsibility and equity, and turning to such texts as, “The wicked borrow, and do not pay back” (Psalm 37:21). One of the more prominent Christian voices against debt forgiveness, Albert Mohler, claimed that student loan forgiveness is a violation of justice and a “moral hazard,” as it incentivizes bad behavior.

So what exactly does the Bible really say about loan forgiveness? Before tweeting your hot take, you should remember that college student loans weren’t a thing in Ancient Israel. In fact, the economic worlds of the Bible are foreign to our modern sensibilities. For most of biblical history, money had not yet been invented. Economic decisions on issues like vocation, housing and marriage were largely predetermined according to kinship needs. A household’s greatest asset was a modest plot of land. Agriculture dominated economic production.

Bible verses in regard to loan forgiveness must be interpreted in this context. Both testaments show that loans were common. But these loans were largely directed at subsistence survival. Agrarian life was unstable and subject to the whims of rainfall. Pestilence was a constant worry. In this setting, loans were a safety measure to provide some degree of economic protection for households during years of crisis. Ideally, a family could borrow silver or grain with the hope that the excess from the next harvest could pay back the loans.

But people frequently defaulted. Droughts could last multiple years in Israel. Wars could deplete labor supply while also destroying crops as a casualty of siege combat. Kings could levy burdensome taxes. In times of financial duress, people turned to loan agreements. Often they had egregiously high interest rates, as households were desperate for provisions. Total debt would increase exponentially. There were no bankruptcy protections, and upon death, loans would just pass to the next generation. Loan default would lead to enslavement.

Within this context, Deuteronomy 15:1 presents an alternative to the debt cycle, calling for a regular “remission,” or forgiveness. The passage gives justification to this debt easement, “Because the Lord is sure to bless you” (Deuteronomy 15:4b). The wider context of Deuteronomy states that obedience to God and the commitment to one’s neighbor is central to the covenant with God. A similar spirit of compassion as a component of the divine covenant appears in other debt relief laws in the Torah, such as Exodus 22:25, Leviticus 25:35 and Deuteronomy 20:19.

The same spirit is embedded in narratives like the fourth chapter of 2 Kings, when Elisha gives vessels of oil to a widow so she can rescue her two children from debt slavery. The Judeans embrace a similar sentiment in Nehemiah 5:1-13 as they commit to complete forgiveness of debt because “some of our daughters have been ravished” (Nehemiah 5:5). This spirit of compassion undergirds the line from the most famous prayer of the Gospels, “And forgive us our debts, as we also have forgiven our debtors” (Matthew 6:12). Are these biblical examples also violations of justice?

Conversely, Psalm 37 is a different genre and a different context. As a Psalm, it is poetic, with charged language and rich imagery. This Psalm addresses those who suffer due to the “wicked” (37:1ff). These “wicked” torment the marginalized, specifically those who are “poor and needy” (37:14). “The wicked borrow, and do not pay back” (37:21) is neither a command nor a proverb, but just an observation about these “wicked” people, who cause violence and oppress. Whatever one can extrapolate in relation to student loan forgiveness, it is inaccurate to equivocate the “wicked” as someone struggling under mounting student debt. Rather, in this Psalm, God is comforting the one who is oppressed.

Biblical texts should not be proof-texted to support contrary opinions on this student debt relief proposal. We should not treat the Bible like an enormously thick reference textbook, looking for the singular verse to weaponize against ideological opponents. The Bible is so much more sophisticated and complex and nuanced and mysterious. The Bible is not even a book, but a collection of books, written and edited over many centuries in three different languages across three different continents. Our readings of the Bible should be sensitive to the diverse perspectives and unique historical contexts within said readings. Taking one single verse to support or protest any modern legislation violates the very character of the Bible. 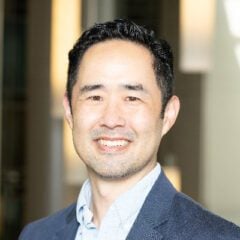 Then, we can appreciate that the Bible delivers theological sophistication in the simplest ways. In these readings, broader themes and motifs emerge. Some examples? How about the call to compassion, covenant, loving-kindness? How about embracing the role as our brother’s and sister’s keeper? These are the biblical values that should inform Christian perspectives on student debt relief … and any other issue.

(Roger S. Nam is professor of Hebrew Bible, Candler School of Theology. A financial analyst before turning his attention to biblical studies, Nam focuses his research on the economies of the ancient Near East. The views expressed in this commentary do not necessarily reflect those of Religion News Service.)