(RNS) – A video of an irate man spouting anti-Hindu epithets in a California Taco Bell went viral on Sunday (Aug. 21), punctuating a string of discriminatory incidents aimed at Indian Americans and Hindu temples this month, contributing to growing concerns that “Hinduphobia” is on the rise.

Krishnan Iyer stopped into a Fremont, California, Taco Bell near his home on Sunday to pick up an online order for his son, where a threatening man in a black T-shirt and shorts and red sneakers began attacking his religion.

“It was disgusting,” said Iyer, who filmed eight minutes of the tirade and posted it to YouTube and Twitter.

The man began berating Iyer unprompted, he said, spewing slurs and chiding him for his vegetarianism (Iyer’s order apparently included bean burritos) while making much of ordering beef for himself. Many Hindus refrain from eating any part of cows.

The man also insulted Iyer’s appearance, repeatedly calling him “dirty Hindu” and “ugly Hindu,” and telling him he “bathes in cow urine” and eats “cow sh*t.”

The man also spat in Iyer’s direction, Iyer said, but missed and hit the food service counter instead.

“It was very abundantly clear to me that he was trying to stir the pot and try to push his agenda,” said Iyer. “I didn’t have any reason to react to him. I do a lot of meditation and yoga, and that gave me a sense of perspective that his soul was in distress.”

Two Fremont police officers responded to a call from another patron, and the perpetrator was forced to leave the establishment. Sergeant Kim Macdonald of the Fremont Police Department told Religion News Service an investigation is ongoing after a call to service was made, and more details will be released to the public in the coming days. 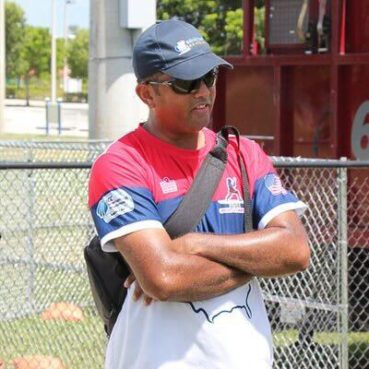 Iyer said he had no idea what had spurred the man’s ire. After posting his video, Iyer learned from friends that an independence movement in the northern Indian state of Punjab has been stirring high feelings among Punjabis in North America. In Iyer’s video, the perpetrator can be heard speaking Punjabi and saying “F** Indira Gandhi,” the former Indian prime minister who was assassinated by her Sikh bodyguards, and displaying tattoos of a phrase from a Sikh prayer.

Four days after the verbal attack on Iyer, a Mexican American woman was arrested on charges of assault and terrorist threats against a group of Indian women in a parking lot in Plano, Texas, near Dallas. In a video that was also widely viewed on Twitter, the woman used rhetoric that echoed that of the Fremont attacker before she threatened to pull out a gun.

The attacks come just weeks after a Gandhi statue was vandalized and desecrated outside a Queens temple twice in less than a month. In the first incident, according to the Shri Tulsi Mandir’s spiritual leader, Pandit Lakhram Maharaj, the perpetrators were heard speaking Spanish, and in the second, the group was speaking Hindi.

RELATED: Second attack on Gandhi statue will be investigated as a hate crime, NYPD says

After the statue in Queens was toppled a second time, New York Mayor Eric Adams and several faith leaders from the surrounding Hindu, Jewish and Sikh communities gathered at the mandir to denounce what the New York Police Department is investigating as a hate crime. In a statement from the Hindu American Foundation, the group’s executive director, Suhag Shukla, noted that surveillance videos caught the attackers saying pro “Khalistan” phrases.

According to the FBI’s Hate Crime data explorer, last updated in 2020, there were 11 hate offenses recorded that year as “anti-Hindu bias,” compared to 110 anti-Muslim and 89 anti-Sikh incidents.

But the cluster of anti-Indian and anti-Hindu incidents come soon after the release of a recent study from Rutgers University’s Network Contagion Lab that found that anti-Hindu feeling is on the rise. In a briefing on Thursday hosted by the Coalition of Hindus of North America, Joel Finkelstein, the project’s lead researcher, pointed to memes and online social cyber signals referring to perceived “dirty” and “scamming” qualities of Hindus, as well as depictions of Hindus being brutalized. Many of the memes, he said, were manufactured out of commonly used tropes against Jewish people, using tilaks, swastikas and bindis to signify Hindu culture.

“The internet has provided a fertile ground for the large-scale organization and weaponization of Hinduphobia by extremist communities, state actors and hateful players in the online space,” said Finkelstein.

Because the verbiage and tropes surrounding Hinduphobia are not yet recognized by social media platforms like Twitter, this kind of targeted hatred, which “reliably precedes real-world violence,” largely goes unchecked, Finkelstein said.

“Unfortunately, these incidents are evidence of the untackled Hinduphobia that refuses to be given mainstream acknowledgement,” said Pushpita Prasad, of the Coalition of Hindus of North America. She said COHNA often battles with academics, activists and “blue-check” journalists to acknowledge the existence of anti-Hindu hate.

RELATED: Opinion: Hinduphobia is a smokescreen for Hindu nationalists

Iyer said both the Coalition of Hindus of North America and the Hindu American Foundation contacted him, and the latter group contacted the FBI and the Fremont city council. He says he is “truly grateful” for the outpouring of support he has received from people around the world.

“Being a Hindu means you are a universal human,” said Iyer. “At the end of the day, everyone has a soul, and every soul has a light. That’s the true spirit of Hinduism.”