(RNS) — Everyone agrees that abortion politics are reshaping the midterms. No one is quite sure how.

Since Justice Samuel Alito’s draft majority opinion leaked in May, signaling that the Supreme Court would overturn Roe v. Wade, politicians, interest groups and activists on both sides of the aisle have predicted that abortion would be a more prominent issue in this fall’s midterms than in any recent election cycle.

The only question was whether it would turn out more pro-life voters or pro-choice ones. Tellingly, politicos in both parties rightly fear that their own extreme beliefs could cause the issue to backfire and do more to motivate voters on the other side than turn out their own foot soldiers.

The GOP saw its fears realized when South Carolina Sen. Lindsey Graham waded into the debate last month, proposing a federal ban on abortions at 15 weeks of pregnancy. On cue, Democrats seized on this supposed example of GOP extremism. While pro-life interest groups applauded Graham, many Republican insiders sneered.

Even Minority Leader Mitch McConnell expressed displeasure with the bill, insisting without evidence that most Senate Republicans “prefer this be dealt with at the state level.”

In fact, Graham’s proposal was a lifeline of sorts to pro-life Christians. For at least 30 years, Roe has been their baseline rationale for supporting the Republican Party, even at a woefully high cost. This expediency has necessitated moral corner-cutting, until finally evangelicals found themselves actively cheering or silently abiding former President Donald Trump’s ever more spectacular degradations of the Republican Party, the presidency and our democracy.

Why should conservative Christians turn out in November to support candidates whose principal instincts are to champion the Jan. 6 rioters, demean immigrants and repeat lies about the last election — if the victory on Roe is already won? Why should good evangelical churchgoers in Georgia stick with Herschel Walker, the Republican nominee for U.S. Senate who had already lied about multiple children he fathered with multiple mothers, and now stands accused of paying to abort a child in 2009?

Walker will either be the senator who provides the GOP a majority in the chamber or the latest poster child for Republican hypocrisy on abortion. Possibly both.

But conservative Christians who might otherwise cut Walker loose may be daunted into defending this summer’s victory over Roe v. Wade by Graham’s proposal. A 15-week federal ban’s only hope is a Senate that is stacked in the GOP’s favor. Politically, Graham’s 15-week ban gets them off the defensive.

There is a bucket of cold water awaiting anti-abortion supporters of Walker and other GOP hopefuls: Thanks to the Senate’s filibuster rule, which effectively requires 60 votes for major legislation, Graham’s proposal has no chance of becoming law. But from now until Nov. 8, Republican candidates can hammer Democrats for defending abortion rights at later gestational ages — which moderates and even some liberal voters oppose.

In a Wall Street Journal commentary, anti-abortion advocate Marjorie Dannenfelser touted the political benefits to Republicans of supporting Graham’s bill. Citing polling data suggesting that only 10% of voters approve of the Democratic platform on abortion and fully 72% support restrictions after 15 weeks, Dannenfelser correctly stated that “this debate is Republicans’ to lose.”

We’ve come a long way from Kansas, where in August voters rejected the proposed “Value Them Both” amendment to the state’s constitution, which would have eliminated a right to abortion in the state.

Some, such as progressive firebrand Sen. Bernie Sanders, warned Democrats not to count on abortion to carry the midterms for them. “I am alarmed to hear the advice that many Democratic candidates are getting from establishment consultants and directors of well-funded Super Pacs that the closing argument of Democrats should focus only on abortion,” Sanders wrote in an op-ed for The Guardian on Monday (Oct. 10).

“I disagree,” Sanders said, and he laid out a blueprint for Democratic candidates to focus strongly on curbing poverty, high food prices, corporate greed and inflation.

“You can’t win elections unless you have the support of the working class of this country,” Sanders reminded Democrats.

Even Sanders could not bear to point out the inconvenient truth that the working class is less supportive of abortion rights than the elite Democrats who run the party.

Predictably, Democratic campaigns are largely ignoring Sanders’ advice and spending millions to remind the world of GOP anti-abortion extremism. I’ll give Democrats this: They are honest about their policy aims. The anti-abortion lobby wants Republicans to ban abortion in all cases with no exceptions, but they do not usually say it out loud. 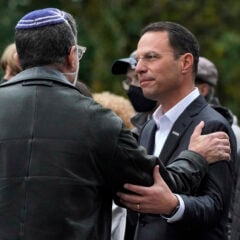 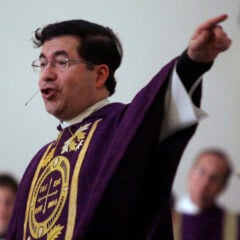 Opinion
Whoever wins in Georgia, democracy already won the midterms
Follow us on Facebook!
Submit your photos to RNS