Grant, the so-called queen of Christian pop, won’t be the first honoree whose music is infused with religion. The 2022 honorees alone include Gladys Knight, who converted to the Church of Jesus Christ of Latter-day Saints, and U2, whose lead singer, Bono, is known for his longtime faith. But Grant is the first to come from the world of CCM: contemporary Christian music.

As a religion scholar who has written a book on the origins of CCM, I know the genre has long occupied a shaky rung in the hierarchy of popular music. It can seem far removed from the mainstream industry, but the boundary between religious and nonreligious music has long been porous. No one personifies that fluidity better than Grant.

In popular culture, CCM is often the butt of jokes, shorthand for “uncool.” In the sitcom “Seinfeld,” Elaine freaks out when she discovers that her boyfriend’s car radio is preset to Christian rock stations. In the HBO drama “The Sopranos,” when Tony Soprano’s sister Janice is hitting bottom, she moves in with a born-again, narcoleptic hippie who plays in a Christian rock band.

The disdain has often been mutual. At times CCM has guarded its borders jealously against encroachments from the non-Christian world. Since the 1970s, American evangelicals have created a kind of parallel cultural universe of religious radio stations, TV channels, movies, magazines, bookstores and music, most of which passes under the radar of nonbelievers.

Researching my book “No Sympathy for the Devil,” I was most interested in the roots of CCM in the late 1960s, when young baby boomer evangelicals were pushing to create relatable worship music. Like other young people, they loved rock ‘n’ roll. But they wanted lyrics that reflected their Christian values – so they made their own. 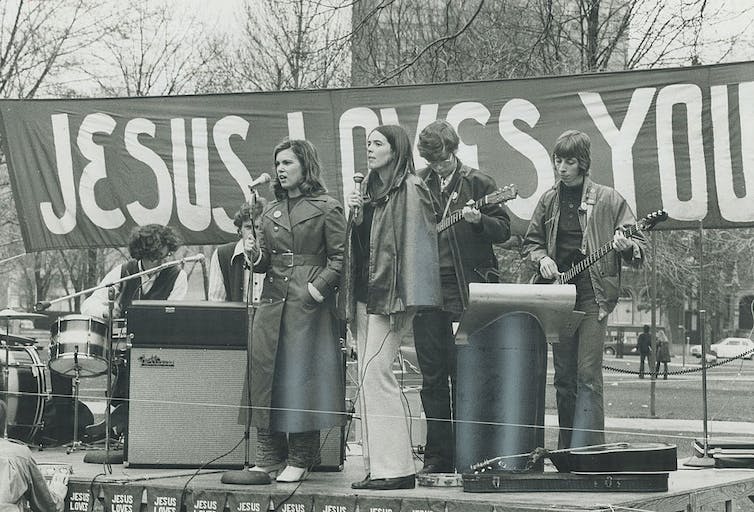 A ‘Jesus People’ rally in Toronto in 1971.
Dave Norris/Toronto Star via Getty Images

But if CCM was taking its cues from broader pop culture, mainstream music itself was no stranger to Christian themes. During the late 1960s and early 1970s, songs whose lyrics made reference to faith regularly made the Top 40. Plenty of musicians from outside the evangelical camp took at least a superficial interest in Christian themes.

In 1966, the Beach Boys recorded “God Only Knows” on their influential album “Pet Sounds.” The song “Jesus is Just Alright” became a hit when covered by the Byrds and the Doobie Brothers. Norman Greenbaum’s “Spirit in the Sky,” which tells listeners they’ve “gotta have a friend in Jesus,” was a top hit in 1970. The English supergroup Blind Faith, whose eponymous album charted at No. 1 in the U.S. and U.K., featured Eric Clapton’s “Presence of the Lord.”

Most visible, perhaps, were rock musicals based on the life of Jesus. “Jesus Christ Superstar” and “Godspell” brought a countercultural Jesus to stage and screen, attracting a huge amount of publicity and controversy. Released in 1970, the “Superstar” album reached the top of Billboard’s U.S. album chart. 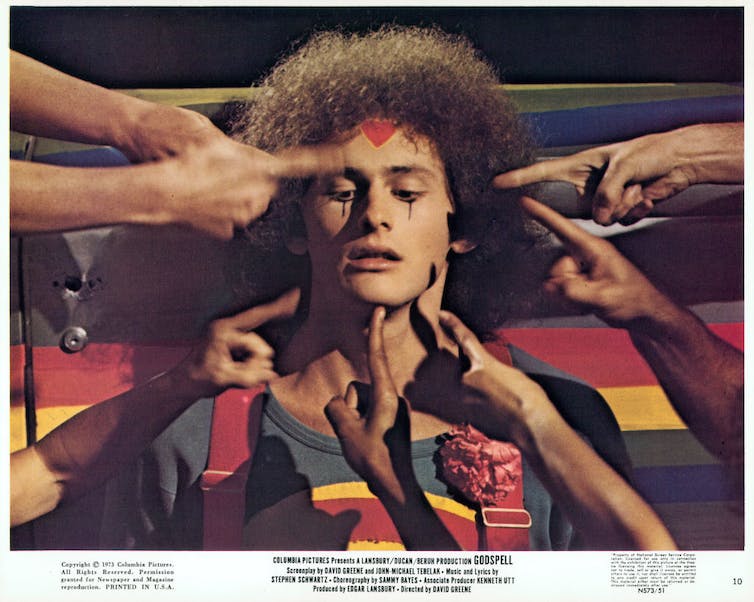 Victor Garber as Jesus in a scene from the musical ‘Godspell’ in 1973.
Columbia Pictures/Getty Images

Even then, though, there was a strong push among influential church leaders against CCM’s integration with the wider world. Figures like televangelist Jimmy Swaggart continued to demonize music that featured electric guitars or drum sets.

June 2022 marked the 50th anniversary of Explo ’72: a Christian youth festival in Dallas emceed by Billy Graham and Johnny Cash, the latter of whom had turned to Jesus after some wilder years on the road, like many of the boomer evangelicals. Sometimes dubbed “Godstock,” the event was conceived as a Christian answer to the 1969 Woodstock festival and landed on the cover of Life magazine in 1972.

A pioneering work on CCM that was published in 1999, “Apostles of Rock,” distinguished three distinct modes of Christian rock: separational, integrational and transformational. The three labels were inspired by writings by theologian H. Richard Niebuhr, who used them to categorize Christians’ attitudes toward engaging with secular society in general.

On one far end of the spectrum, according to “Apostles of Rock,” is separational CCM. Separational music drew a clear line against the world, as conservative leaders wanted. This vision was exemplified by the pioneering Christian hair metal band Stryper, who were known for their militant lyrics and for throwing Bibles at the audience.

In the middle is integrational CCM, epitomized by Amy Grant, who successfully found a niche in mainstream culture. She may have reached the top of the Billboard Hot 100 in 1991 with “Baby Baby,” but the nonstop physical flirtation in the music video was a bit worldly for some of her Christian fans.

Finally, on the other end of the spectrum is transformational CCM, which aspired to change the broader culture – U2 might serve as an example.

In recent decades, most of the innovative and widely praised activity in Christian popular music has taken place in the integrational realm.

Several leading Christian bands – Creed, Skillet, Switchfoot and Pedro the Lion, among others – have migrated out of the evangelical subculture to find broader audiences. Justin Bieber and Katy Perry both cut their musical milk teeth on CCM before going mainstream. Two of the top recent rock bands, Imagine Dragons and The Killers, are fronted by singers who grew up in the Church of Jesus Christ of Latter-day Saints. Brandon Flowers, lead singer of The Killers, even appeared in a publicity promo for the LDS church.

Interest in evangelical youth culture seems to spike about every 20 years. The unexpected Christian revival called the Jesus Movement made the cover of Time in 1971; in 2001, Newsweek ran a cover story titled “Jesus Rocks.” Twenty years later, 2021 saw a full-length documentary, “The Jesus Music,” which delivers a sympathetic, industry-authorized history of CCM. Grant gets the film’s first and final words; she is also one of its executive producers.

Like all popular music, CCM struggles to adapt to rapidly changing tastes. Yet Christian rockers have found unexpected popularity in a genre that used to pride itself on iconoclasm, music critic and journalist Kelefa Sanneh has observed: “Maybe, in the twenty-first century, mainstream rock fans dig evil less than they dig good.”

This article has been updated to correct the description of Bono’s religious affiliation and the spelling of the songwriter who wrote “Spirit in the Sky.”.

(David W. Stowe, Professor of Religious Studies, Michigan State University. The views expressed in this commentary do not necessarily reflect those of Religion News Service.) 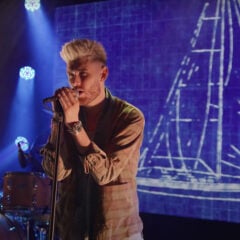 News
Amy Grant out of hospital, postponing August tour dates
Follow us on Facebook!
Submit your photos to RNS