The campaign, with a new website and at least three billboards in Manhattan, accuses the newspaper’s investigation of threatening Haredi Jews’ safety and way of life at a time when antisemitism against Jews is rising.

“We believe their reporting is unfair and in many cases biased,” said Rabbi Yitz Frank, Ohio director of Agudath Israel. “It creates a negative tone about our community among the public. That’s what we’re worried about.” A billboard created by Agudath Israel of America near the Lincoln Tunnel in Manhattan. Photo by Naftoli Goldgrab, courtesy of Agudath Israel

The new website, called KnowUs.org, points to the growing incidence of violence against Orthodox Jews in New York enclaves, concluding: “A major newspaper launching a campaign against a minority group is always wrong. In this climate, it is deeply concerning.”

The New York Times investigation into the schools, which began with a front-page story in September, found that New York area yeshivas deprive students of secular education, so much so that at one school, all 1,000 students failed the standardized tests in reading and math.

The stories reported that some students have been subjected to physical abuse from poorly paid, unqualified teachers. Meantime, the paper reported, these yeshivas have taken in more than $1 billion in federal, state and local taxes over the past four years alone. 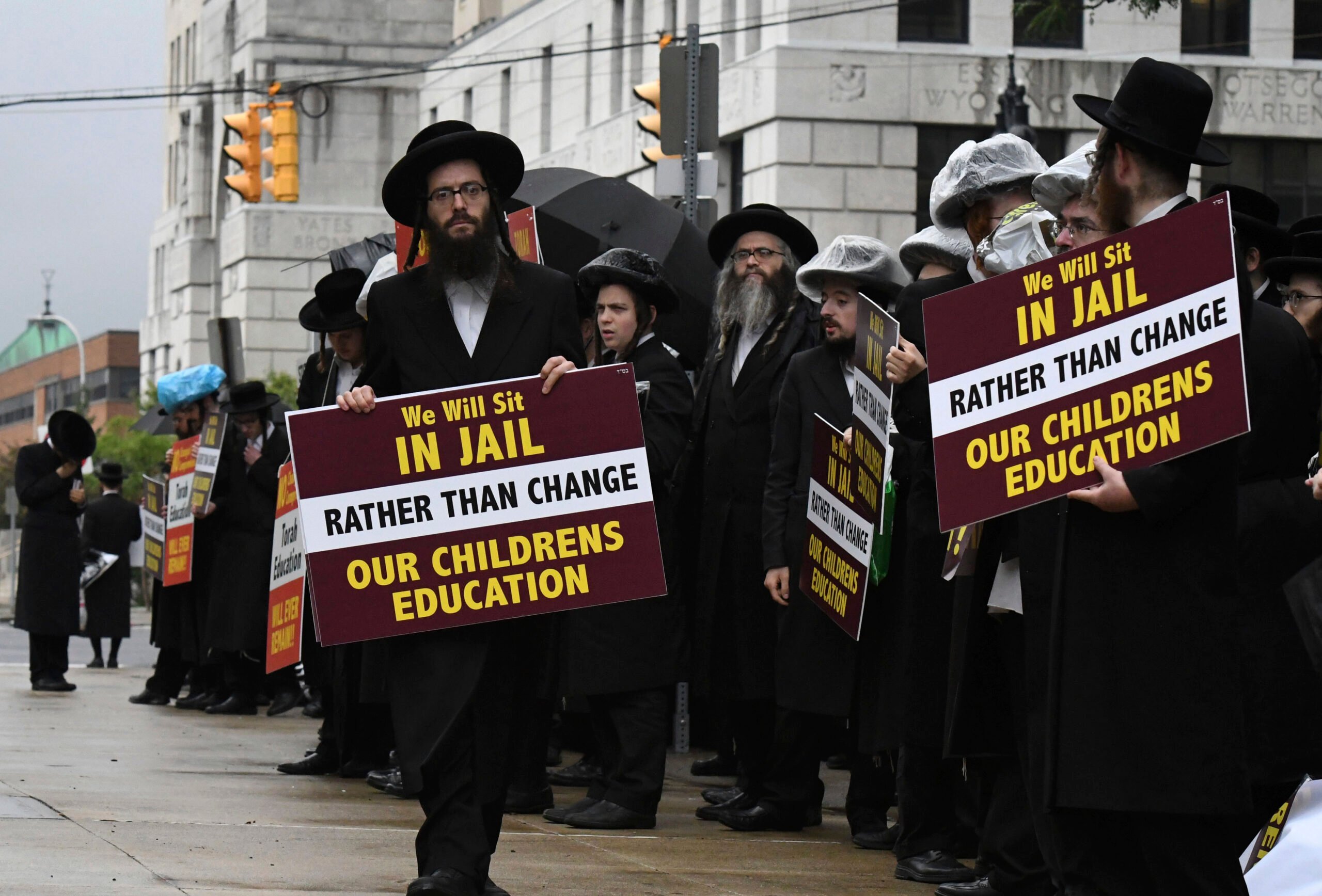 Members of the ultra-Orthodox and Hasidic Jewish communities hold a protest before a board of regents meeting to vote on new requirements that private schools teach English, math, science and history to high school students, Sept. 12, 2022, outside the New York state Education Department building in Albany, New York. (Will Waldron/The Albany Times Union via AP)

Shortly after the first story was published, the paper reported that the largest such yeshiva in New York state, the Central United Talmudical Academy in Williamsburg, Brooklyn, agreed to pay fines and restitution totaling more than $8 million for paying teachers off the books and requesting reimbursements for meals for students that it never actually provided.

A spokesman for the Times said the paper was confident in the accuracy of its reporting.

“Our reporters have spent months seeking to help readers understand what is happening inside some of New York’s lowest-performing schools, speaking to hundreds of parents, students, and educators to explain the inner workings of Hasidic Jewish religious schools, which receive substantial amounts of public money,” the spokesman said in an email.

Rabbi David Zwiebel, executive vice president at Agudath Israel, would not disclose how much money it was spending on the campaign. 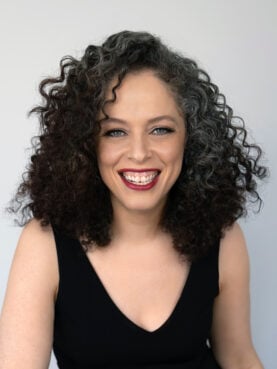 A nonprofit organization set up to challenge the yeshivas to improve secular education said the campaign was misguided.

“They’re a multimillion-dollar lobbying firm that invests heavily in getting funding for these schools,” said Beatrice Weber, executive director of Young Advocates for Fair Education, or Yaffed. “They feel incredibly threatened by these issues.”

Weber, whose organization is cited on the Know Us website as a source of the Times’ criticism of Haredi schools, said it was dangerous for Agudath Israel to conflate rising antisemitism with the New York Times’ investigation.

“There’s real antisemitic things happening but it’s not investigative reporting from The New York Times,” Weber said. “That’s not where antisemitism is happening.”

RELATED: Is this antisemitism, or something else?

Martini Judaism
When Jewish leaders say “I was wrong”