(The Conversation) — In the wake of every election, political analysts pore over polls for clues about how conservative Christians voted, especially evangelicals – and the 2022 midterms are no exception. But these discussions often overlook a group with an increasingly important role in national politics: Pentecostals, evangelicals’ theological cousins.

In summer 2022, Pentecostal Congresswoman Mayra Flores flipped her 84% Hispanic south Texas district to the Republican Party for the first time in over 150 years. On the midterm campaign trail, a number of Pentecostal-leaning preachers stumped for GOP candidates.

Though Pentecostals are diverse, all share an emphasis on the Holy Spirit, or God’s presence in their lives. Yet this also leads to disagreement within the movement about what they believe the Holy Spirit empowers them to do in the real world, especially in activism and politics.

From an LA church to the world

For well over 100 years, one thing that has defined Pentecostalism for insiders and outsiders alike has been “charismata,” or “spiritual gifts.” These are special abilities such as speaking in tongues or performing healings and exorcisms that Pentecostals believe are the Holy Spirit working through them.

Pentecostalism in the U.S. emerged from various streams of thought, but it largely stems from two traditions: the late-19th century “Holiness movement,” which was based in evangelical Methodist teachings, and African American religious practices. 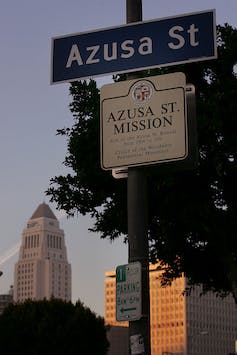 City Hall can be seen in the background of a memorial to the Azusa Street Mission in Los Angeles.
Richard Hartog/Los Angeles Times via Getty Images

Pentecostalism is a movement, not a particular denomination, and adherents do not ascribe to one shared set of beliefs. Thus, accurate numbers can be hard to come by. But according to national studies from 2007 and 2014, about 4.5% of U.S. adults are members of Pentecostal denominations. In addition, Pentecostals can be found in a variety of other churches, from nondenominational congregations to Charismatic Catholic groups that embrace the idea of spiritual gifts.

Stories of the Holy Spirit

Pentecostal preaching is often based on storytelling, using worshippers’ testimonies of miracles and how they believe the Holy Spirit has supported their lives.

Pentecostal churches also put particular emphasis on the Acts of the Apostles: the fifth book of the New Testament, also called the Book of Acts. Unlike the four gospels, which describe Jesus’ mission, Acts tells the story of his early followers, who are a strong inspiration for Pentecostals today.

In fact, Pentecostalism even derives its name from events in the Book of Acts. According to the biblical narrative, Jesus’ followers had gathered together during the feast of Pentecost when suddenly they were filled with the Holy Spirit, wrought miracles, and could speak in tongues.

Channeling God’s power for the good of others

Many early Pentecostals took inspiration from the Book of Acts’ descriptions of the first-century church and sought to recreate it in their own communities. For example, since early Christians had shared resources and provided aid for widows, some Pentecostals believed that the Holy Spirit could empower them to seek modern social justice.

Collective action led African American Pentecostals to support the Baptist Rev. Martin Luther King, Jr. during the sanitation workers’ strike in Memphis, Tennessee, and to propel the civil rights movement forward. King delivered his famous “Mountain Top” speech – the last before his assassination – at the headquarters of the Church of God in Christ, the largest Pentecostal denomination in the U.S.

Other Pentecostals are more concerned with how the spirit empowers them personally to overcome individual struggles against sin, rather than institutional or societal problems like exploitative labor or food insecurity.

Common cause with evangelicals

In its early years, Pentecostalism mainly drew worshippers from the lower and working classes. During the economic boom after World War II, however, many congregations grew wealthier, and Pentecostals began to deemphasize practices such as exorcisms, speaking in tongues and strict modesty standards. Many scholars have regarded this shift as a bid for respectability and acceptance into the broader world of American evangelicals, who, like mainline Protestants, often looked down on Pentecostals as uneducated.

To some extent, it worked. By the final quarter of the 20th century, Pentecostals were beginning to experience power in national politics. To be sure, African American and Latino Pentecostals have a long history of grassroots political mobilization on issues like labor and immigration. But electoral politics offered ready access to the mainstream. 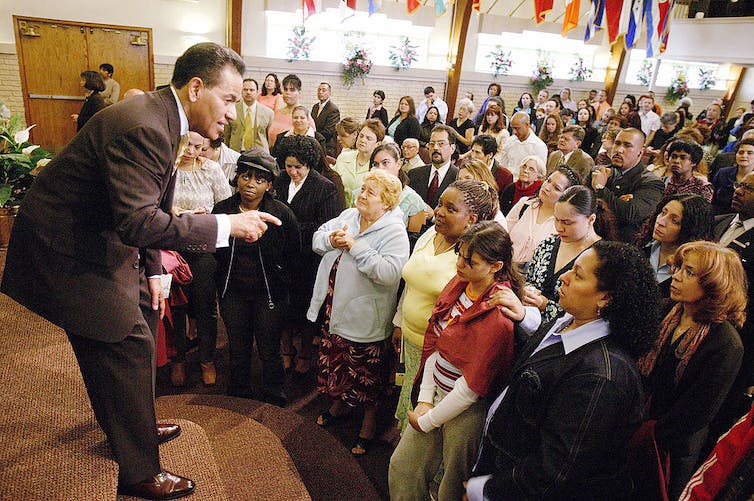 Today, Pentecostals and evangelicals hardly appear any different from one another in national politics, and the terms are often used interchangeably. In fact, today there is greater agreement between white Pentecostals and white evangelicals on politics than on theology; together, they resemble more of a culture than a fixed set of beliefs.

Since the 1980s, white Pentecostals and evangelicals have played a key role in carrying the religious right’s agenda forward. Pentecostals’ voting patterns lean solidly toward the Republican Party.

They also poll the highest on matters pertaining to Christian nationalism, and many enthusiastically supported Donald Trump.

Latino and African American Pentecostals, however, are not nearly as unified on matters of religious politics. Yet recent voting trends suggest that Latino voters may begin to lean more right wing, especially as growing numbers of them identify as Protestants.

African American Pentecostals also maintain a greater range of political ideologies than white Pentecostals. They assert that they are “values voters,” as social conservatives often call themselves, but not part of the religious right.

The power of the Holy Spirit, not political power, still matters more in the daily lives of most rank-and-file Pentecostals. But what they believe the Holy Spirit empowers them to do in the real world may be the faith’s most significant transformation over the past 100 years.

(Lloyd Daniel Barba, Assistant Professor of Religion, Amherst College. The views expressed in this commentary do not necessarily reflect those of Religion News Service.) 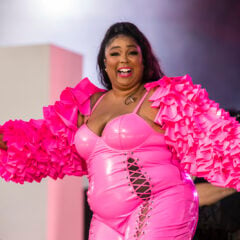 News
In Los Angeles, a pair of art exhibitions centers the Black worship experience
Follow us on Facebook!
Submit your photos to RNS