Hunt was the guest preacher at Hiland Park Baptist Church in Panama City, Florida, where his friend the Rev. Steven L. Kyle is pastor. Kyle was part of a small group of pastors who deemed Hunt fit to return to the ministry, despite the allegations against him.

Kyle introduced Hunt, who joined Hiland Park as a member in 2022, calling him “one of the greatest pulpiteers in our generation.”

“Today we are honored,” Kyle said. “Today I am thankful to have my good friend Dr. Johnny Hunt preach at Hiland Park.”

The former SBC leader, who was also a longtime pastor of a Georgia megachurch, was named in the Guidepost Solutions report on abuse in the SBC, which was released in May 2022. According to the report, Hunt allegedly assaulted a woman at a vacation condo in 2010. Investigators found the allegations against him credible. Hunt denied the allegations at first, then claimed the incident was a consensual encounter.

During his sermon, Hunt said some of the allegations against him were true — but they would have been easier to survive than the “false allegations,” and he claimed he’d been pressured to quit the ministry.

Psalm 119, the biblical text he drew from, also talked about what happens when people face persecution and their enemies set up traps to snare them.

“When will you punish my persecutors?” the text says in the New International version. “The arrogant dig pits to trap me, contrary to your law. All your commands are trustworthy; help me, for I am being persecuted without cause.” 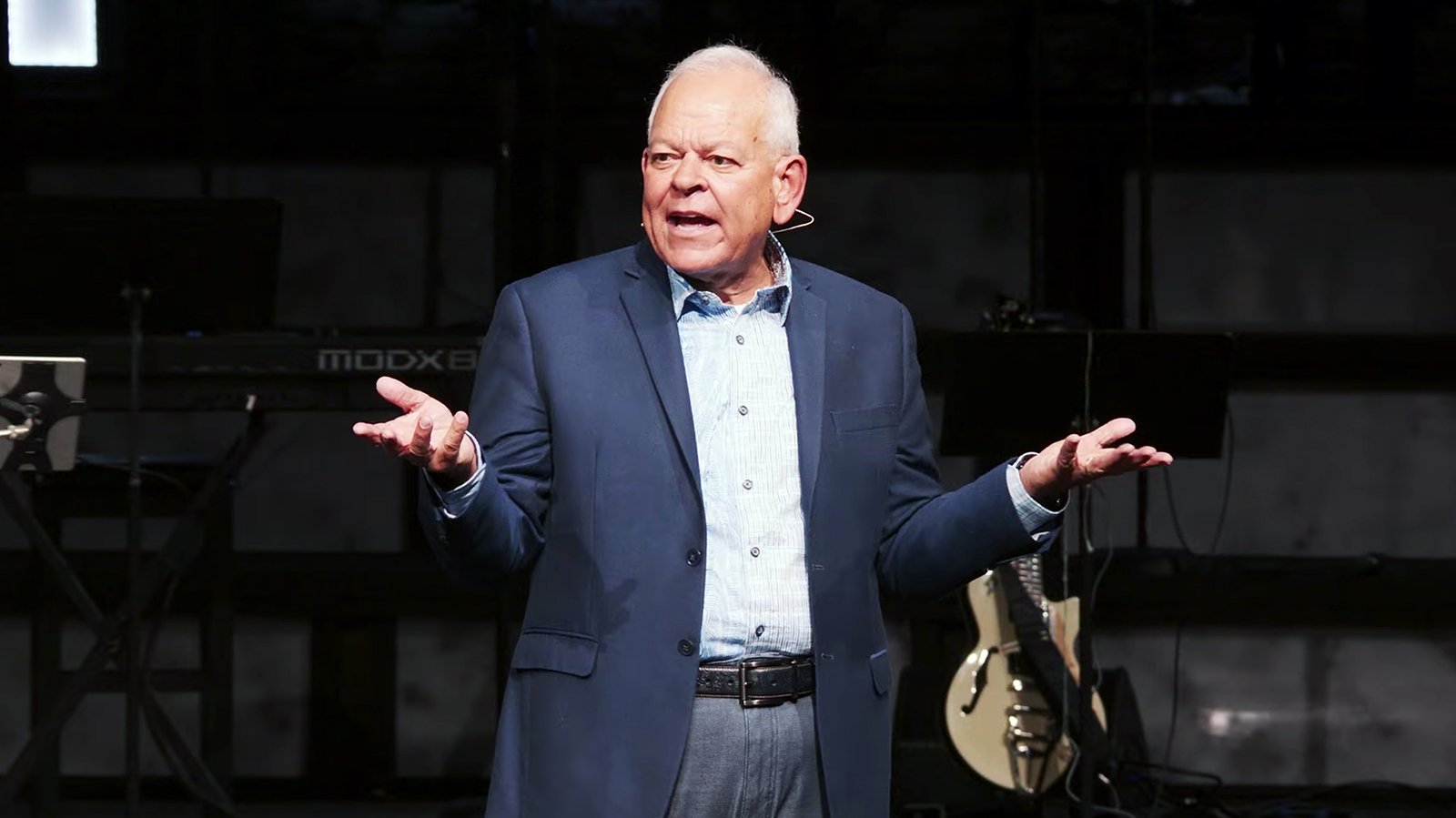 Hunt also talked about the power of forgiveness and what happens when people make “bad choices.”

“And by the way, have you ever made a choice that you wish you could undo, but you can’t undo it?” he asked the congregation. “What do you do with stuff you can’t undo? You give it to Jesus.”

He also told the congregation that if God calls someone to do something, that calling can’t be undone — and that God called that person, knowing the person might sin and fail.

Hunt said he could retire and no longer had to preach for a living.

“Anybody can quit,” he said. “That’s why so many do. It’s easy. I mean, it hardly takes any energy whatsoever.”

During his sermon, Hunt also detailed some of his future plans for ministry, including leading a tour group to the Holy Land and traveling to Uganda to train pastors.

The allegations against Hunt had stunned many of his friends and supporters, especially since Hunt had hidden the incident for so long. After finishing up his time as SBC president in 2010, he took an extended leave of absence, which he has said was due to physical exhaustion and depression. 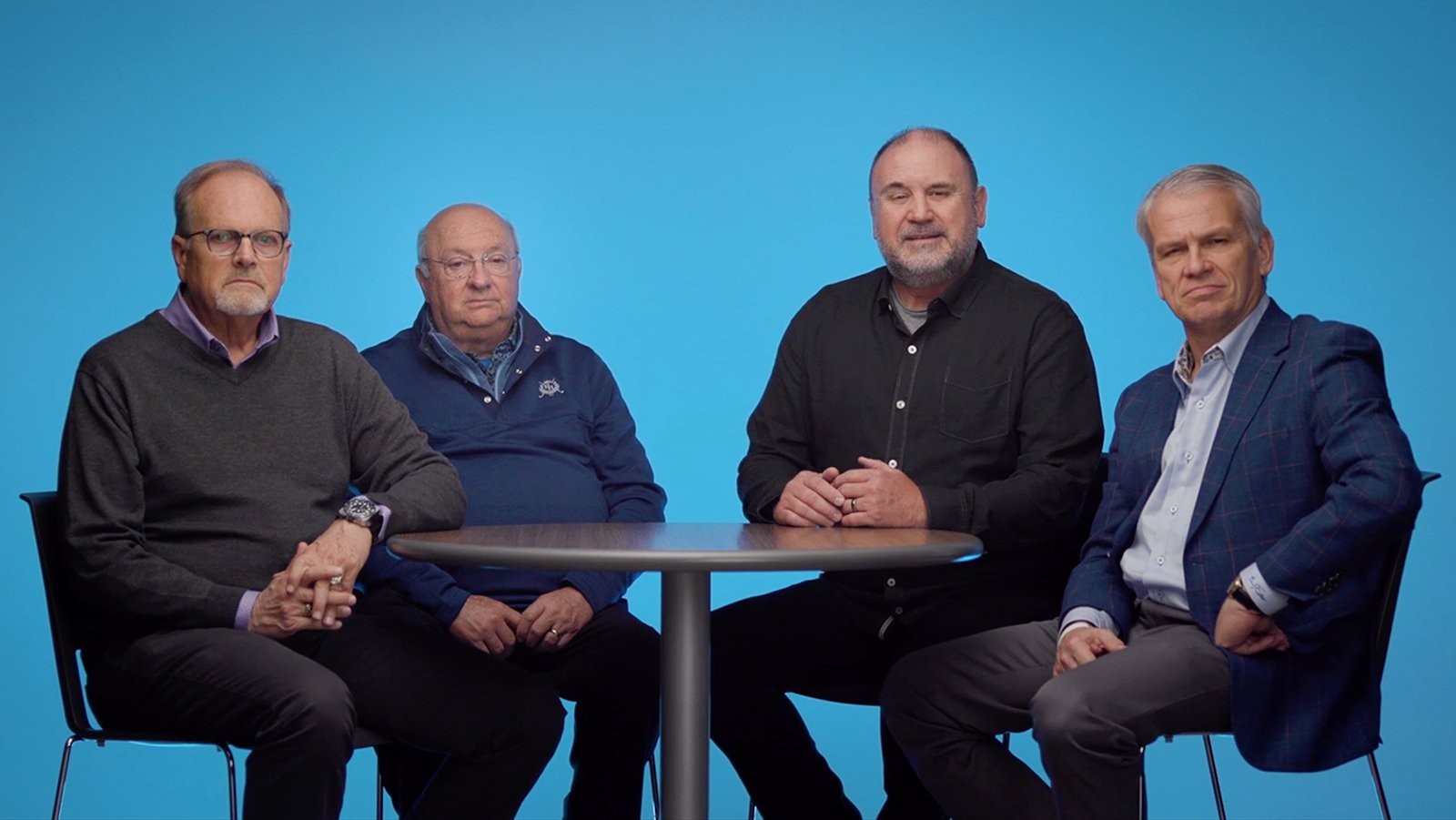 The Rev. Steven L. Kyle, second from right, speaks with pastors Mark Hoover, from left, Mike Whitson and Benny Tate in a video about their restoration work with Johnny Hunt. Video screen grab

But according to the Guidepost report and a video from Kyle and the other pastors who restored the former megachurch pastor, Hunt went through an extended counseling and restoration process after the incident at the condo. He hid that process from his congregation and from the denomination’s North American Mission Board, which hired him as a vice president in 2018. He resigned from that role after the Guidepost report was made public.

Hunt’s return to ministry highlights the difficulty the nation’s largest Protestant denomination has in dealing with pastoral misconduct and abuse. While delegates to the SBC’s annual meeting have condemned abusive pastors and said they are unfit for the ministry, the denomination has no authority to discipline pastors or ban them from preaching.

“I would permanently ‘defrock’ Johnny Hunt if I had the authority to do so,” Barber, who leads a church in Farmersville, Texas, said in a statement released in November.

Tiffany Thigpen, an abuse survivor and longtime advocate of abuse victims, told Religion News Service in November 2022 that Hunt’s return to ministry was a sign that Southern Baptist culture has yet to change.

“We are always going to have this network of powerful men who can do whatever they want and think they can get away with it,” she said. “And they are right.”