NEW YORK (RNS) In a move that could recast the reigning political narrative about the Catholic bishops, Cardinal Timothy Dolan has accepted an invitation to deliver the closing benediction at the Democratic National Convention, a week after he gives a similar blessing to the Republicans in Tampa, Fla.

Cardinal Timothy Dolan of New York, president of the U.S. Conference of Catholic Bishops, has said talks with the White House over a proposed contraception mandate are “going nowhere.”

From the start, Dolan, who is also president of the U.S. Conference of Catholic Bishops, made it clear that he would be willing to pray at the Democratic convention. There were doubts, however, that the Democrats would invite Dolan.

The Obama campaign also revealed Tuesday (Aug. 28) that Sister Simone Campbell, the popular face of the recent “Nuns on the Bus” tour for social justice, will be addressing the Democrats in Charlotte, N.C., the night before Dolan's appearance. 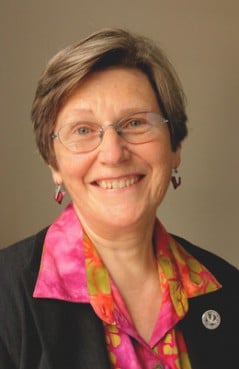 That is kind of a Catholic “two-fer” that threatens to upstage GOP nominee Mitt Romney’s Catholic outreach and highlights the importance of this swing vote in a deadlocked race.

“It was made clear to the Democratic Convention organizers, as it was to the Republicans, that the Cardinal was coming solely as a pastor, only to pray, not to endorse any party, platform, or candidate,” Dolan's spokesman, Joseph Zwilling, said in a statement released Tuesday by the Archdiocese of New York.

Zwilling added that Dolan had consulted Bishop Peter Jugis of the Diocese of Charlotte, who consented to Dolan's role in the convention. By tradition, if a Catholic churchman takes part in a political convention, it is usually the local bishop. Dolan had to upend church protocol to appear, which is part of the reason the Romney campaign’s success in securing Dolan’s participation was notable, and why it drew so much criticism from the left.

Democratic officials stressed Tuesday that there was no deliberate balancing act in featuring both the cardinal and the nun.

“One was not done because of the other,” said a campaign aide. “We are delighted to have both of them at the convention.”

When Romney announced last week that Dolan would be delivering the closing prayer to the GOP convention it was seen as a major coup for the Republicans. Catholics make up nearly one-quarter of the electorate and they are concentrated in battleground states that are key to the candidates’ fortunes in November. Polls show they are evenly divided between Obama and Romney.

But Romney has found many allies in the hierarchy, especially as the bishops have grown increasingly critical of Obama. That sympathy with the GOP was especially evident after Romney picked Rep. Paul Ryan, a Catholic conservative who is friends with Dolan, as his running mate.

Dolan has also sharply criticized Obama over his policies on gay marriage and abortion rights, and he is one of dozens of Catholic leaders and groups suing the administration over the controversial mandate requiring Catholic hospitals and schools to provide birth control coverage to employees.

“The Republicans are smart enough to get the ‘pope of America,’ and the Democrats are stupid enough not to invite him,” William Donohue, president of the Catholic League, told the New York Post last week.

“The Catholic vote is the most critical vote. They’re the wild card,” Donohue told the Post. “So, why wouldn’t you ingratiate yourself to the pope of America and send a wink and a nod to Catholics? That’s just good politics.”

But it turns out that the Democrats knew that, too, and may have outmaneuvered the GOP. Romney seemed to be betting that he’d secured Dolan exclusively, figuring that relations between Obama and the cardinal had soured to the point that the Democrats would never invite him as well.

Yet a prominent Catholic who spoke with the Obama campaign about inviting Dolan said that top officials concluded “from the get-go” that having the cardinal’s blessing “was a no-brainer.”

The Republicans “can no longer claim to be the party that got the ‘pope of America’ to do the benediction,” said the campaign adviser, who was not authorized to speak on the record. “It neutralizes at least that part of Romney’s outreach.”

Dolan’s appearance in Charlotte also has implications for the church’s internal politics.

For one thing, the dual benedictions continue to raise Dolan’s profile as a major player in national politics, and that raises his standing inside the church.

But it also makes him a bigger target for critics from the right who had already blistered him for inviting Obama to the Al Smith Dinner, a pre-election charity fundraiser in October hosted by the archbishop of New York that by custom features the two presidential contenders.

Now, in addition to that event, Dolan will be blessing the Democratic convention the night Obama accepts his party’s nomination.

Also notable is that Dolan’s Sept. 6 prayer will follow an address to the convention a day earlier by Campbell, head of Network, Catholic social justice lobby that espouses many liberal causes.

The hierarchy and the nuns have been at loggerheads in the months since the Vatican announced a takeover of the chief leadership organization of the American sisters, claiming it was too progressive.

“We are really happy that Cardinal Dolan is coming to the Democratic convention as well,” Stephanie Niedringhaus, spokeswoman for Network, told RNS. Niedringhaus said the Obama campaign contacted Campbell late last week about the appearance, and she did not know what Campbell planned to tell the delegates.

But, she said, “It’s great to move beyond the ‘Nuns vs. Bishops’ narrative for a moment. … We really need to talk about what the mission is, what Catholic social teaching is, and not have this so-called power struggle going on.”