(RNS) Every age needs an Antichrist. Antichrist with the devil, from the Deeds of the Antichrist circa 1501. RNS photo courtesy Wikimedia Commons/Public Domain

Now, amid threats of Islamic terrorism, a nuclear-armed Iran and tumult across the Middle East, a growing group of American evangelicals say the Antichrist will be Muslim.

“I understand that I’m going to be viewed as a fringe, apocalyptic Christian,” said Joel Richardson, author of several books predicting an Islamic Antichrist. “But I fully own the idea that the Antichrist will be a Muslim and will come out of the Muslim world.”

These days, even the fringe has a faithful following. On websites, television programs, conferences and books, conservative Christians like Richardson warn that a Muslim Antichrist will raise an army to attack Israel, in fulfillment of the biblical prophets and the Book of Revelation.

From there, they say, it’s a short road to Armageddon.

“I think the shift to Islam was just waiting to happen,” said Glenn Shuck, an assistant professor of religion at Williams College who has studied evangelicals’ views on the apocalypse.

A certain kind of Christian, sometimes dubbed “armchair apocalyptists” or “newspaper exegetes,” seems especially inclined to cast their foes as agents of the Archenemy. The Antichrist they identify, scholars say, often reflects the era’s deepest anxieties.

For many modern Christian apocalyptists, fears of big government are embodied by an Antichrist imagined to unite nation-states in a totalitarian One World Order.

Since 9/11, though, Islamist terrorism has crept from the front pages into apocalyptic thrillers like the “Left Behind” series and nonfiction books such as Richardson’s “Mideast Beast” and “Islamic Antichrist.”

Richardson, a 40-year-old decorative painter from Missouri who jokingly refers to his writings as “an expensive hobby,” presents his prophecies as straightforward interpretations of the Bible, including the Book of Revelation.

Revelation, which never actually uses the word “Antichrist,” is one of the first Christian texts to cast rivals as Satan’s spawn. Many scholars say phrases like “whore of Babylon” and “666” are coded references to the Emperor Nero, who persecuted Christians.

For many early Christians, however, the Antichrist was not a particular person. It was spiritual figure who lurked in the hearts of all believers, luring them toward sin and heresy, said Shuck.

By the 12th century, the Antichrist – often seen as a human inhabited by Satan – had become a tool for identifying an enemy, fomenting fear and assembling an army.

“The Antichrist moves a long way from Augustine’s view of something that we all face inside us,” Shuck said, “to being very much an external battle with concrete figures.”

Apocalyptic Christianity always needs an enemy, scholars say, and the Antichrist is nothing if not adaptable.

“The Antichrist idea is very responsive to changes in current events,” said Robert Fuller, a professor of religious studies at Bradley University in Peoria, Ill. “It’s a symbol for what is most unsettling or troubling.”

Antichrist prophecies raise fears by warning of an imminent battle between good and evil, Fuller said, and settle those fears by assuring Christians that the “good guys” will win in the end.

If bad theology, the Antichrist often makes for good reading, as attested by the more than 60 million copies of “Left Behind” books sold.

Prophecy may not be the best career option, however. Jerry Falwell’s Liberty University closed its Tim LaHaye School of Prophecy just one year after it opened in 2002.

“It never did attract hardly any students, so we shut it down,” said Ronald Godwin, Liberty’s provost. “The students were looking for a major that would land them a career.”

A press release for one of Richardson’s books begins by noting a threat on the author’s life, and acknowledges that fears of Islamic terrorism have fueled interest in the idea of a Muslim Antichrist. 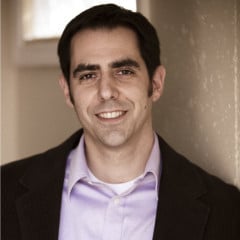 Not all apocalyptic Christians agree with Richardson, however.

Richardson’s own press release asserts that Hal Lindsay, perhaps the most famous modern-day doomsayer, is one his staunchest critics.

Tim LaHaye, co-author of the bestselling series “Left Behind” and one of conservative Christianity’s most respected apocalyptists, doesn’t buy Richardson’s theories, either.

“His book is interesting and informative,” LaHaye said in a recent interview, “but his argument on the Antichrist is ridiculous.” LaHaye and his ilk say the Antichrist must come from Roman stock, and point to modern-day Romania as his likely birthplace.

Muslim leaders and progressive groups are even more critical of Richardson.

Eric Boehlert, a senior fellow at the group Media Matters, said Richardson popped onto his radar after a 2011 appearance on Glenn Beck’s now-defunct Fox News show.

“If Richardson was saying these things about Christianity or Judaism he wouldn’t be able to get a pamphlet published,” Boehlert said, “but unfortunately, there’s a market in right-wing America that’s decided Islam is pure evil.”

Ibrahim Hooper, a spokesman for the Council on American-Islamic Relations, said calling Islam or any other religion evil often leads to violence. Earlier this month, for example, a Muslim family in Oklahoma reported that their home had been attacked by a sniper after an individual asked about their religion, according to CAIR.

“There’s a question we should ask of all hatemongers who attack Islam,” Hooper said. “What is your end game here?”