MOSCOW (RNS) Chechnya, the Russian republic believed to be connected to the two Boston Marathon bombing suspects, has been the scene of terrorism and related violence since the 1991 breakup of the Soviet Union. 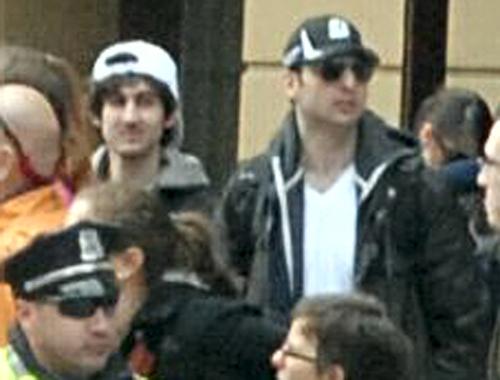 A photo released by the FBI shows Boston Marathon bombing suspects Dzokar Tsarnaev, left, and his brother Tamerlan Tsarnaev, right, before the explosions.

Militants from Chechnya and other restive regions in Russia’s volatile North Caucasus have targeted Moscow and other areas with bombings and hostage-takings for more than 20 years. The allegations of ties to Monday’s Boston bombings are the first connection of terror attacks in the United States.

Predominantly Muslim, Chechnya declared independence from Russia in November 1991. A full-scale separatist war broke out in 1994 and lasted through most of the 1990s. It was only after a second wave of Russian military action in the early part of the last decade that Chechnya fell under firmer Russian control.

A 2008 report by the Congressional Research Service said in 2007 Russian security forces ran 850 sweeps through Chechnya that involved surrounding entire villages and searching every house. “Critics of the operations allege that the troops frequently engage in pillaging and gratuitous violence and are responsible for kidnappings for ransom and ‘disappearances’ of civilians,” the report said.

Of the region’s almost 1.3 million residents, ethnic Chechens make up about 95 percent, according to Russian government statistics. The rest are a combination of ethnic Russians and other ethnic groups from nearby countries and regions.

Militants from Chechnya and neighboring provinces have launched a long series of terror attacks in Russia, including a 2002 hostage-taking raid in a Moscow theater, in which 129 hostages died, a 2004 hostage-taking in a school in Beslan that killed more than 330 people, and numerous bombings in Moscow and other cities. 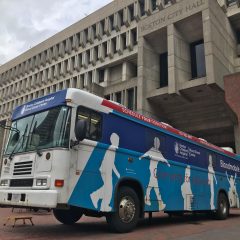 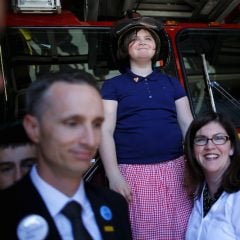 Arts & Culture
Dzhokhar Tsarnaev’s message: ‘We Muslims are one body, you hurt one you hurt us all’
Follow us on Facebook!
Submit your photos to RNS