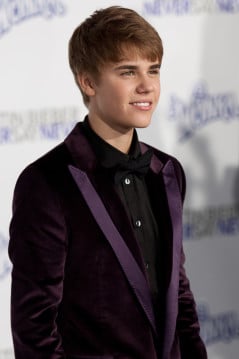 In a recent concert in Istanbul, Justin Bieber stopped his concert twice for the Islamic call to prayer (adhan/azan).    The crowd was at first puzzled, and then delighted at the Biebster’s display of religious sensitivity.

Here is a good recording of the call to prayer.   and an English translation here.

Why would The Biebster do that?   Out of respect.

Many Muslims, even the ones who may not rush to prayer, still turn the music down or even pause from activity to acknowledge the call of the Divine.
It is a reminder that for most of us, we live our daily lives in ignorance of God.

When we forget about God, we forget about our own selves.
So pausing to stop and reflect at the moment of the call to prayer is a reminder of the need to live a fully human life, as God intended for us to live: to see all of us as creatures created by God, intended to know and love God.

Of course there are those who see any sort of “cultural/religious” sensitivity towards Islam as a sign of “Shari’a creep”, the delusional plot that Islam is somehow taking….over…the world. 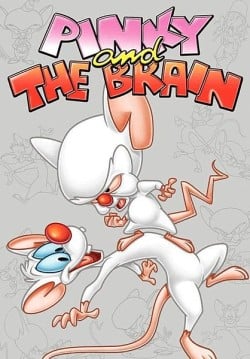 The Pinky and The Brain

You know, kind of like the Pinky and the Brain cartoon from my childhood, but browner, and more eeeevil.
One of these folks who suffers from delusions of “Shari’a creep” is Newt Gingrich, who believes that Islamic law is “totally abhorrent to the Western world.”

And this guy was almost the Republican nominee for president.

We have seen previously how Muslims with a good sense of humor turned the paranoia of Shari’a on its head.

But humor didn’t help us take…over…the world.
So ladies and gentlemen, I present to you the latest weapon for the Muslim take over…of…the world:   Justin Bieber.

Yes, first we’ll have teenager girls swooning after him.
Soon, we’ll take over the world.

Excellent, excellent, the plan is working.

Insha’allah.   (as long as that doesn’t mark us as a radical)

Either that, or maybe the Biebster is just reminding us that pacé the delusional paranoia of Islamophobes, sometimes it’s just ok to be culturally respectful of other people’s traditions.*

It’s ok people, we can all live together on this very small planet.
Now, here is a way to see Fox News brought down to its knees.
Fox, please go after Justin Bieber as a closet Islamist .
Do it, for the love of God. 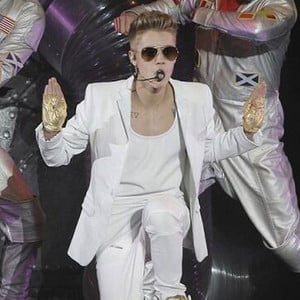 Then be prepared to feel the rash of the Belieber Army…of Jihadist?     And this is a global army of Beliebers.  Justin Bieber fan sites all over the world had images of the concert.

Even if we can’t establish an Islamic state all over the world, at least we can bring down Fox News.
That’s almost as good.

First Bieber image is from Shutterstock.  Second image is from global Bieber fan sites.     Pinky and the Brain is from Wikipedia.
*URL link to Center for American Progress’ Fear, Inc. added.