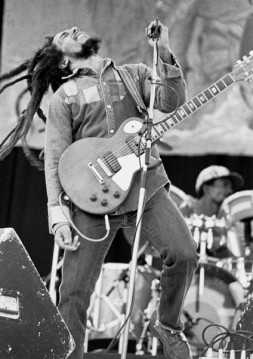 Today marks the anniversary of Bob Marley’s passing away.    Marley passed away on May 11th, 1981.

There is a classic commercial for the Jamaican beer Red Stripe that ends with the memorable line:  “Red Stripe and Reggae, helping our white friends dance for 70 years.”

Walk into most college scenes, and Reggae is as much a part of the American party scene as mainstream friendly hip-hop, equally devoid of any political content .

But if our familiarity with Reggae doesn’t extend past Bob Marley’s Legend albums (admittedly, one of the coolest albums ever), and we can only sing a few lines from “Buffalo Soldier” and humming along to “Let’s get together and feel all right”, we’re missing out on a whole world of Reggae worth exploring.

One could move on Peter Tosh.   Echoing the way that many 60’s radicals, including the later Dr. King, became disenchanted with the empty rhetoric of “peace”, Tosh sings:

Tosh saw this reggae message as a global struggle against colonialism and imperialism:

Peter Tosh correctly recognized that his own struggles were linked to the anti-colonial struggles of Palestinians and Africans. 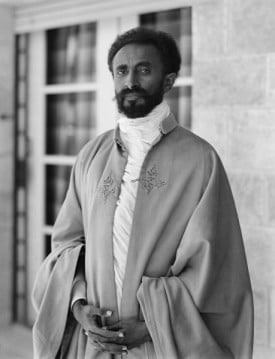 But there is no reason to move past Bob Marley himself.    Marley’s Rastafarianism was already wed to radical anti-colonial politics.    In memory of Bob Marley, the prophet of linking together music, protest, revolution, love, and redemption, here is his radically powerful song, “war.”  Marley’s song was almost a verbatim reiteration of the powerful speech given by Haile Selassie I before the League of Nations in 1963:

Until the philosophy which hold one race superior
And another
Inferior
Is finally
And permanently
Discredited
And abandoned –
Everywhere is war –
Me say war.

That until there no longer
First class and second class citizens of any nation
Until the color of a man’s skin
Is of no more significance than the color of his eyes –
Me say war.

That until the basic human rights
Are equally guaranteed to all,
Without regard to race –
Dis a war.

That until that day
The dream of lasting peace,
World citizenship
Rule of international morality
Will remain in but a fleeting illusion to be pursued,
But never attained –
Now everywhere is war – war.

And until the ignoble and unhappy regimes
That hold our brothers in Angola,
In Mozambique,
South Africa
Sub-human bondage
Have been toppled,
Utterly destroyed –
Well, everywhere is war –
Me say war.

If you haven’t seen Marley perform this song, here is one option and another here . 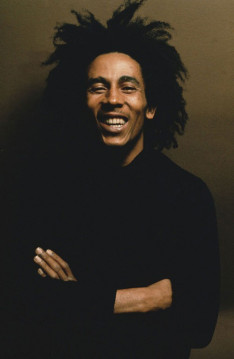 Let’s give Marley the last word here as well:

Emancipate yourselves from mental slavery;
None but ourselves can free our minds….

How long shall they kill our prophets,
While we stand aside and look?

Reggae is at its most revolutionary force when it is prophetic, emancipatory, raw, justice-oriented, anti-colonial, imbued with love and life-affirming.
And very much like Hip-Hop in this case, what a tragedy to see such powerful prophetic medium commercialized to enable awful, awful drunken dancing.