WASHINGTON (RNS) In a generational changing of the guard, Southern Baptists are gaining a new advocate for their values in Washington and around the country as Russell Moore, a media-savvy theologian, takes the helm of the Ethics and Religious Liberty Commission.

The ERLC is the public policy arm for the Southern Baptist Convention, and Moore is taking over from Richard Land, who headed the ERLC since 1988 and used it as a platform to rally social conservatives in the nation’s culture wars. 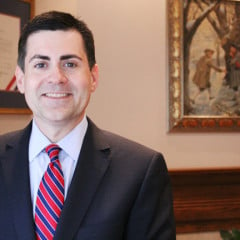 Like Land, Moore is an abortion opponent, a believer in an errorless Bible and a fan of Coke Zero.

But even though both men assumed the ERLC post at age 41, it’s clear that Moore is part of a new era. While Land, 66, has been computer-averse, Moore is a frequent blogger and can tweet more than a dozen times a day. Moore, a Mississippi native, is a fan of country music and Christian hip-hop; Land, a sixth-generation Texan, favors Elvis and the Beatles.

R. Albert Mohler Jr., president of the Southern Baptist Theological Seminary in Louisville, Ky., said Moore — who had been head of the seminary’s theology school — is “unabashedly committed to the same convictions” as Land but uses newer cultural skills — including Twitter.

“It’s the difference between ‘Mad Men’ and ‘The Office,’” said Mohler, who has known Land for 30 years and Moore, a Southern Seminary alumnus, for at least half as long.

Land, for his part, said he has no plans to join the Twitterverse but he does have a copy of “iPad for Dummies” and will teach an online class in his new job as the  head of  Southern Evangelical Seminary near Charlotte, N.C.

While the audience is different — the interdenominational seminary has just 350 resident and online students — Land’s mission will be much the same as he aims to create, in his words, “green berets and paratroopers of God’s army.” 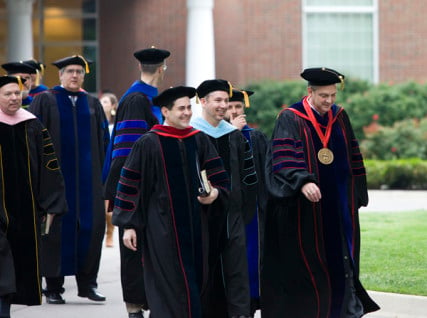 The difference in language and tone between the two men is significant.

Citing Jesus’ “calm tranquility,” Moore likes to speak of the need to defend Southern Baptist ideals by using “convictional kindness” rather than the stern moralism that propelled the previous Moral Majority generation.

“Jesus is convictional,” Moore said in an interview as he began to adjust to his Washington office just off Capitol Hill. (He officially starts on June 1 and will split time between Washington and Nashville, Tenn.) “He speaks clearly about sin, righteousness and judgment but Jesus is not panicked or outraged.”

Moore, who was registered as an Independent in Kentucky but admired former President George W. Bush’s “compassionate conservatism,” supports what he calls “engaged communitarianism” – a middle ground between the evangelical extremes of triumphalism and cultural separation.

No matter how the Supreme Court rules in June on same-sex marriage, he thinks evangelicals need to rethink marriage by affirming the roles of men and women and moving away from the notion of clergy as the “marrying parson” who willingly weds “unbelievers.”

“The church is not some sort of justice of the peace with a prayer book,” he said.

Jonathan Akin, a director of Baptist21, a group of younger Southern Baptists, hopes Moore will expand the agency’s portfolio to also address issues like adoption, justice, poverty, and sex trafficking. Adoption is already something of a personal crusade for Moore, the father of five sons, including two adopted from Russia. Richard Land, outgoing president of the Ethics & Religious Liberty Commission of the Southern Baptist Convention, was one of 150 religious leaders at the White House Easter Prayer Breakfast on Friday (April 5). RNS photo by Adelle M. Banks

David Key, director of Baptist studies at Emory University’s Candler School of Theology, said he expects Moore to engage people with whom he disagrees.

“Russell cannot be as combative as Richard was because Southern Baptists are in a decline at the moment.”

Land said the ethics job deals with the personal as well as the political. He once took a call from a pastor in the emergency room as he visited the ailing pregnant wife of his head deacon. If she kept the baby, she’d lose her life, the doctor told them. Land advised: “It’s permissible to take life in defense of life.”

But it was the political that earned Land notoriety, and trouble.

Last year, Land was embroiled in a controversy about racial comments he made about the Trayvon Martin case, an ironic turn of events given that Land is credited for pushing Southern Baptists to apologize for their Civil-war-era defense of slavery in 1995. The incident — along with accusations that Land lifted writings from others for his radio show — came shortly before the ERLC moved in a different direction. 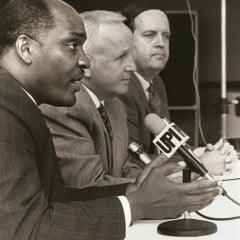 Gary Frost (left), Charles Carter (center) and Richard Land address the news media following the Southern Baptist Convention’s adoption of a racial reconciliation resolution in 1995. Frost at the time was the SBC’s second vice president and pastor of a predominantly black congregation in Youngstown, Ohio; Carter was chairman of the Resolutions Committee and a pastor in Birmingham, Ala.; Land is retiring as president of the SBC’s Ethics & Religious Liberty Commission. Photo by Van Payne/courtesy Baptist Press

Fred Luter, who was elected as the SBC’s first African-American president last year, said he was concerned when Land announced his retirement: “One thing about Richard: You never had to guess what he stood for.”

But he’s pleased with the selection of Moore, who was one of the earliest supporters of Luter’s historic presidency. With connections to older Southern Baptists and social media outreach to younger ones, Luter said, “He’s going to be a great, great fit.”

In an interview, Land didn’t seem concerned about how he’d be viewed in light of the scandals that overshadowed his final year in office: “My legacy will be decided long after I’m gone.”

But as he heads to Charlotte with his wife of almost 42 years, his German shepherd and his 36,000 books, Land seemed to relish his changing role.

“Before I was head of the ERLC, I used to enjoy the Southern Baptist Convention,” he said of the annual gatherings each June. “For the last 25 years, it’s been work. Now it’ll be fun again.”