(RNS) Nearly 35 years after conservatives launched a takeover of the Southern Baptist Convention, a new divide is emerging — this time over the teachings of 16th-century Reformer John Calvin — that threatens to upend the nation’s largest Protestant denomination. 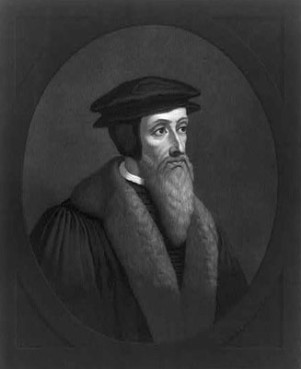 The 16th century Protestant Reformer John Calvin is perhaps best known as the godfather of Reformed churches, including Presbyterianism. But it’s young American evangelicals who are now picking up his theological torch. Religion News Service photo courtesy Library of Congress

When Southern Baptist delegates gather for their annual meeting next week (June 11-12) in Houston, they’ll be presented with a report, “Truth, Trust, and Testimony in a Time of Tension,” that focuses on the growing popularity of Calvinism among Southern Baptist pastors and seminaries.

At stake are fundamental beliefs on who can be “saved,” the need for evangelism, and whether Baptists will retread familiar battlefields on the proper roles of men and women.

Calvinism, which is traditionally the domain of Reformed churches like Presbyterians, differs from traditional Baptist theology in key aspects, particularly on the question of salvation. The report concludes that those aspects, while important, should not divide Baptists.

Tom Ascol, a Florida pastor and executive director of Founders Ministries, a pro-Calvinist organization, called the report a positive step.

“It points the way forward,” he said. “The report acknowledges genuine disagreement, but it also affirms commonality in essentials, a commonality we didn’t have 35-40 years ago.”

About 30 percent of Southern Baptist pastors consider their churches Calvinist, according to a poll last year by SBC-affiliated LifeWay Research, but a much larger number — 60 percent — are concerned “about the impact of Calvinism in our convention.”

Calvinism is already shaping the next generation of Southern Baptist pastors through the influence of R. Albert Mohler Jr., president of the SBC’s flagship seminary in Louisville, Ky., and popular charismatic speakers like Minneapolis author John Piper and Seattle’s Mark Driscoll.

Ascol embraces one of the aspects of Calvinism that makes traditional Baptists deeply uncomfortable: the idea that Jesus died on the cross only for humans whom God had elected to save, and not for everyone. 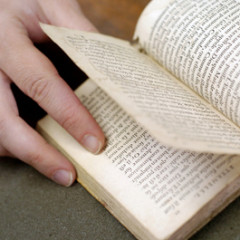 Calvinists call this the doctrine of “predestination” — the idea that a person’s salvation already has been determined. More traditional Baptists say if Jesus died only for the elect, then Baptists’ trademark evangelism becomes pointless.

“It is obvious that we all cannot be right,” Ascol wrote on his blog. “At least one of us is wrong. It may be that we both are wrong. … In other words, our differences are real. But they are differences within the family.”

Eric Hankins, a pastor from Oxford, Miss., and member of the committee, said the report will change at least one important process in Southern Baptist life: the selection of pastors.

Because each Southern Baptist congregation is autonomous, local congregations hire and fire pastors. According to the report, congregations are free to choose Calvinist or non-Calvinist pastors, but both the candidate and the congregation must be honest about their beliefs.

“We cannot assume that pulpit (search) committees will have the theological understanding of Calvinism to ask the sort of questions that need to be asked for full disclosure to take place,” Hankins said.

Neo-Calvinist pastors and speakers like Piper and Driscoll have drawn criticism for how they interpret Calvinism’s treatment of gender roles. For a denomination that has already said a wife should “submit herself graciously” to her husband and banned women pastors from the pulpit, it’s a potentially explosive debate.

While some Calvinist traditions allow for women clergy and stress gender equality, a growing number of “new” Calvinists argue that, as part of God’s blueprint for humankind, men and women have different roles in the family, church, and society.

The Baptist Faith & Message of 2000, the denomination’s comprehensive confession of faith and doctrine, already asserts a form of “complementarianism” (men and women are equal but have different roles), but some strains of Calvinism go a step further.

Emily McGowin, a doctoral candidate at the University of Dayton and former Southern Baptist, said that Calvinism has the potential to rework how Baptists view women’s roles even beyond what the Baptist Faith & Message says. 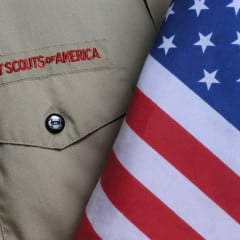 Hankins said the committee did not address gender roles and Calvinism because it was not within the committee’s portfolio. He said it really isn’t an issue because the Baptist Faith & Message already takes a conservative theological position on gender roles.

In other business, the SBC meeting is expected to:

Quiz: How much do you know about Calvinism?