(RNS) The U.S. Senate has confirmed former Catholic Relief Services head Ken Hackett to be the next ambassador to the Vatican. 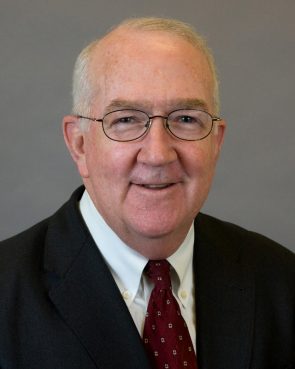 Hackett replaces Miguel Diaz, a theologian, and he gives President Obama an experienced voice on social justice in Rome where a new pope, Francis, has made caring for the poor a priority.

No opposition was expected since Hackett has strong ties to both parties; for five years he served on the board of former President George W. Bush’s Millennium Challenge Corporation and he is reported to be close to Denis McDonough, Obama’s chief of staff, whose brother is a priest.

Also approved on Thursday night was the nomination of James Costos to be the next ambassador to Spain.

Costos, a former HBO executive and a major Obama fundraiser, was expected to raise some eyebrows since he is openly gay and was being sent to an overwhelmingly Catholic country where the church remains a strong presence.

But Costos was easily confirmed along with Hackett and a raft of other appointees.

As a longtime president of CRS, the American church’s primary international relief arm, Hackett is a familiar figure in Rome, and he has contacts across the U.S. church — even if CRS is not always a favorite of some conservative activists.

In fact, the agency has recently had to defend itself against charges that in providing international aid it works too closely with groups that support family planning policies.

None of that is expected to complicate Hackett’s tenure at the Holy See. Church observers say Hackett’s profile in the political world and in the church could help the administration’s relations with the Catholic hierarchy, which has often been at odds with the White House over gay issues and reproductive rights. And he is likely to be in sync with Francis’ agenda.

“In watching Pope Francis, his focus on changing the way the world looks at issues of poverty and injustice and so many social issues, I think we as Americans are right there,” Hackett told the Catholic Review of Baltimore when he was nominated in June. “There is common cause. That makes me excited.”

Hackett acknowledged that “there will be times where the position of the (Obama) administration differs, obviously, from the Holy See.”

But, he added, “I am going to look for, as many of my predecessors did, those opportunities where we can come together and find strength in collaboration, coincidence of interests. There are some powerful connections, that together, will really make a difference.”

Diaz, the previous U.S. ambassador to the Vatican, left the post last November to teach at the University of Dayton.

There had been some consternation that Obama hadn’t named an ambassador sooner. But the administration had not been moving swiftly on naming appointees and the Senate was not confirming them very quickly either. Then when Pope Benedict XVI announced in February that he would be resigning it behooved the White House to see who emerged as the new pope.

Hackett is expected to take up his duties in Rome later this month.