The newest cast member of “Duck Dynasty” stepped down last year from the pulpit to join his family’s duck hunting business. Last week, beardless Alan Robertson made his debut on the hit A&E show that garnered 11.8 million viewers during the premiere. Photo courtesy Duck Commander

(RNS) The newest cast member of “Duck Dynasty” stepped down last year from the pulpit to join his family’s duck hunting business. Last week, beardless Alan Robertson made his debut on the hit A&E show that garnered 11.8 million viewers during the premiere.

Just before recording the audio version of his upcoming book “The Duck Commander Devotional,” Robertson spoke with Religion News Service about the show’s success, his beard-growth plans and the family’s faith.

Q: Are you surprised the show has become such a success?

A: I think it was the perfect timing for a show like this since it’s about strong family ties. The authenticity rings true with the spiritual themes. There’s a lot of word-of-mouth marketing that you can’t beat.

It doesn’t feel like it’s pressed to be funny, but our family has that in us. The way we deal with each other is genuinely funny. Put that together, it’s a recipe for success. None of us would have dreamed that it would be one of the biggest shows on television.

Q: How would you compare yourself to other shows like “19 Kids and Counting” that feature a Christian family?

A: I don’t watch a lot of television, so I don’t know. Most of the time, TV seems to marginalize Christianity. It’s the judgmental person in the corner of the room everyone’s avoiding.

Our faith is the main part of our lives, but it’s better to be subtle. It’s more effective. When Jesus talked in parables, he wanted people to seek and find. I think it’s better that it’s funny, and while faith is there, for people who want more, we have that in our books. We don’t want to make it like ‘The 700 Club for Rednecks.’

Q: You were a pastor at White’s Ferry Road Church of Christ, but you left?

A: About a year ago, I left full-time co-pastoring. I was there 20 years, preached for 10. Now I’m doing national and international ministry as the show gets picked up outside of the country. I don’t know where this will go, I just view it as a larger stage to do ministry. 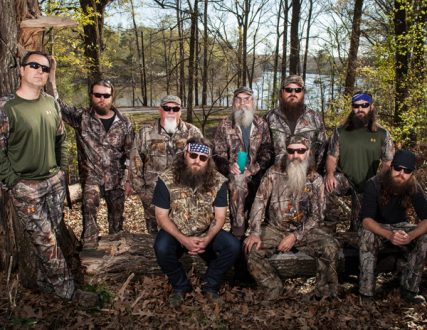 Cast members of “Duck Dynasty” with the newest member, Alan Robertson (far left), who made his debut on the hit A&E show that garnered 11.8 million viewers during the premiere. Photo courtesy Duck Commander

Q: Since you’re on the show now, are you going to grow a beard?

A: Dad’s famous for saying, ‘We don’t grow beards, they grow themselves, we just get in the way.’ I’ll let it grow out but shave it once hunting season is over. It’s now part of their persona. I don’t want to get stuck with that look. Everybody needs to see what the Robertsons look like without a beard, like “Where’s Waldo?”

Q: Do you ever worry that Hollywood might be capitalizing on Christianity?

A: For years, Hollywood missed a lot. “The Bible” series earlier this year was wildly popular. You have to look at it as positive that they’re being aware. If it’s a way to make money, more power to you; it’s America. It looks like they’re taking advantage of us, but we’re taking advantage of them to get the gospel preached.

A: Like Redneck Christians? Yeah, we’re always going to get that. We think that people find it charming as opposed to ignorant. They get that we’re poking fun of ourselves being from the South. We kind of wondered, “Is this going to make us look dumb?” but if you poke fun about yourself, other people will laugh along with you. I don’t think we have a fear or worry about it. They see there’s more depth than they thought there would be. There’s some sophistication to it.

Q: Is there any fear that it portrays Christians as anti-intellectual?

A: From a biblical perspective, Jesus and Paul, who was intellectual for his day, said there’s something about simplicity. Jesus seemed to say, “Less is more.” He chose the lowly things of this world. I feel that a sense of simplicity and following a biblical narrative is better than suggesting, “We have something better; we’re going to wow you with how smart we are.” It boils down to simple day-to-day living.

Is there a fear that people aren’t going to flock to the message because Christianity is too dumbed down? If you read Jesus’ messages, they weren’t so high-brow that people couldn’t grab on to them. I’m going to go simple all day long. It’s going to be a simple message of truth.

Q: Do you think the show has changed your families?

A: A little, but not a lot. It’s forced my brothers to maintain their families, since they have children and travel. I think the time pressures have made it hard for us. But at the core we haven’t changed at all. Mom has said she feels like it’s brought us closer together. I try to get us together once a quarter and remind everybody what’s most important. I feel like that’s part of my role as the family pastor.

Q: You go to a Church of Christ congregation, but you seem to be more generically Christian on the show.

A: We’ve done that on purpose. We speak in all kinds of churches. Yes, Church of Christ is our background. We sing a cappella by choice. We like it better. We feel like God has raised us up to be a gospel-centered family that shows love for each other and for him. We want to be gospel spokespeople. We’re kind of the John the Baptists of the 21st century. It’s how you imagine, with the wild hair and the locusts. 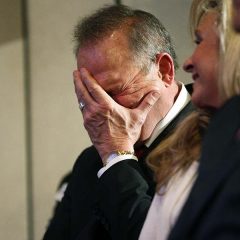 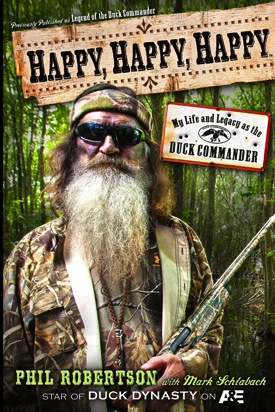 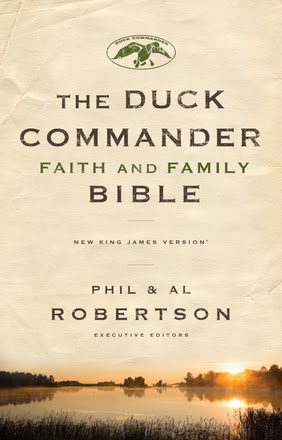 Beliefs
Duck Dynasty and other Bibles 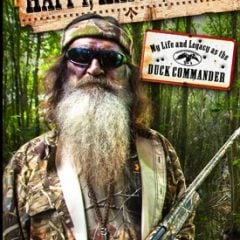