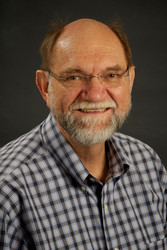 (RNS) Baby boomers might not be that different from the Greatest Generation when it comes to religion. Like their parents, many boomers will attend religious services later in life. But unlike their parents, baby boomers are more likely to describe a deep, intense spiritual connection from a personal experience than a religious one from an institutional practice.

Many of them don’t know it yet, said a researcher at this week’s annual conference of the Gerontological Society of America in New Orleans, but growing old, regardless of what generation you belong to, brings on dramatic changes that can propel people to seek new meaning in religious services.

Vern Bengtson is the author of the recently published “Families and Faith’’ with co-authors Susan Harris and Norella Putney. He based his findings and predictions on a 35-year longitudinal study of 350 Southern California families and interviews with a subset of 156 families. The study’s scope spanned six generations from 1909 to 1988. The conversations explored spirituality, religious beliefs, intensities and practices.

Bengtson, 72, is a professor emeritus of gerontology and sociology at the University of Southern California. He discussed boomers, the rebellious group born between 1946 and 1964 and known for spurning institutional models, and religion with Religion News Service at the GSA conference.

Q: Which part of the study made you think many boomers will end up attending religious services when they currently do not? 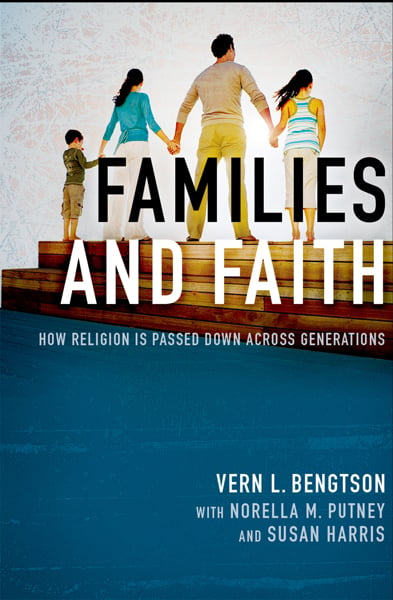 A: We now know that the oldest generations had an uptick in attending religious services after retirement. It’s too early to have gathered that data on boomers because they’re just starting to retire, but I’m willing to predict this will happen to them based on what we’ve observed in older generations and from what we heard in the interviews with boomers.

Q: You list examples in your book of young boomers saying they reject religion. “I do not want anything to do with it (religion). ” And “I believe in God but do not go to church.” How then do you make the jump that they will eventually go to a church or synagogue when they’re older?

A: When people get older, they retire and have more time to think about moral, religious and spiritual things. Our study shows this. It’s the life course. They will also face a serious illness or lose a loved one for the first time. The religious education of their grandchildren becomes a concern for some grandparents. Not all, but some are concerned the parents aren’t doing enough. They might have skipped a generation by not educating their own children, but they got older and discovered one of the most wonderful things in life and won’t want to miss an opportunity with their grandchildren.

Q: How do the religious and spiritual views of baby boomers set them apart from the other generations?

A: The oldest groups (1909-1931) were religious and went to church until a certain age set in when they found it physically too difficult to go anymore. When asked if they were spiritual, they said “What’s spirituality?’’ They were more likely to link spirituality and religion to institutional practice.

Boomers were the first generation to clearly differentiate between spirituality and religion. They said spiritual practice is not equal to going to church. They are the first to associate spirituality with an emotion, an intense feeling of connection with God.

Millennials (early 1980s to early 2000s) said, “Religion — what’s that?” God is whatever you want it to be. They have much less of an awareness of religious and liturgical traditions.

Q:  The number of “nones” in American society — those who said they claim no traditional religious affiliation — has doubled to 20 percent of the U.S. population in one decade. Does your research support or dispute that finding?

A: First of all, this is a varied group, and while it’s true of our Southern California sample, it isn’t true in all regions of the U.S. There are fewer nones in Southern and Midwestern states. Some of the nones are still looking to find a religion to meet their needs. Some are spiritual but not religious. Some attend religious services. And some are anti-religious.

Q: What brought about the development of the “nones”?

A: There’s no single answer. We have seen a high degree of intergenerational similarity in nonreligion today, and the transmission of nonreligion from parents to their children can be seen to a far greater degree than in the past. Some of this is rooted in the 1960s and 1970s, a time of great social upheaval, when baby boomers switched to a “no religious tradition” because they were influenced by changes in the larger religious and cultural environment, particularly the declining legitimacy of formal religious organizations. When they had children of their own, they passed on their nonreligious orientation.

Some religious agendas have alienated moderates who consider “organized religion” a synonym for an anti-gay, anti-abortion, pro-civil religion agenda. Others don’t want a dogma to tell them how to live their lives. They want to remain open-minded.

Q: Is there any sign the nones will redefine themselves and move toward stronger religious affiliations?

A: Our next analysis of our data on boomers will address this, but I can speak from a personal experience. I came from a conservative religious family. When I started to question my faith during college, my mother said if she had to do so she would pick Jesus over me. She ended up rejecting me. It broke her heart and mine. I was an atheist for 35 years. But when I retired, I walked into a progressive church on Easter Sunday, heard the choir singing and was utterly surprised by joy, as C.S. Lewis described his own later-life religious experience. I haven’t stopped going to church. If there is a heaven and if my mother is there, I think she’d say “I told you so.”

(Janice Lloyd wrote this article with support from the MetLife Foundation Journalists in Aging Fellows Program, a project of The Gerontological Society of America and New America Media.)