Part of the end of the year tradition is making lists, and in that light here are the top 14 Muslim stories of the past year. 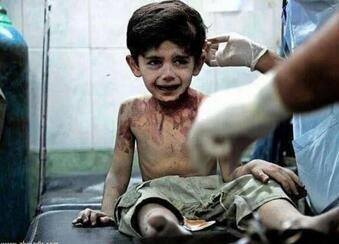 What else but Syria…. Over 100,000 human beings killed, millions displaced internally and out of their country, and now one of the largest human rights disasters since World War II.

While much of the world’s (and President Obama’s) attention was focused on the chemical weapon attack that killed per 1400 people, that disastrous attack represented about 1% of the human casualty in Syria.   The carnage began before, and continues after the world’s inaction.

The stories are beyond belief, including a recent one of a three year old boy whose last sentence was:  ““I’m going to tell God everything…”   What are we going to tell God about our own inaction?   What will God say to us?

2)     Iran election of President Rouhani and Nuclear deal
The election of the moderate Iranian president Hassan Rouhani has provided a breath of fresh air in the slowly evolving Iranian democratic experiment.   Rouhani’s election was made possible through a last-minute coalition between moderates and reformists, and he has vowed to restore a sense of hope and moderation to Iranian politics.
The nuclear deal reached (if it can survives the warmongers in the US congress) has the potential to alleviate the suffering because of sanctions in Iran.

3)     Egyptian coup to oust President Morsi.
Is it a coup?  Is it a revolution?   The ouster of Morsi represents yet another unraveling of the Arab Spring in arguably the most important Arab state, a genuine crisis for Egypt, and a dilemma for an American state that is not to have relations after a coup with other regimes.
In a defeat for ability of Egyptians to move together towards a shared future, the coup organizers designated the Muslim Brotherhood as a terrorist organization. 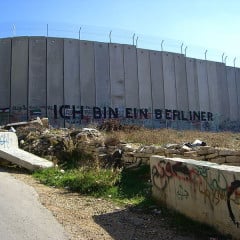 4)     Ongoing occupation of Palestine, and the turning of world-wide opinion against the Occupation

The situation in Palestine/Israel continues as a sixty-five year refugee crisis for millions of Palestinians, a forty-six year occupation of West Bank, and the daily destruction of Palestinian homes and constructions of Israeli homes.
Fundamentally, of course, the crisis in Palestine/Israel is not a religious conflict but a colonial one, rooted in nationalism, occupation, and land-grab that is then justified through religious discourse.

Perhaps most interestingly, there is a gradual turning of world-wide opinion against the Israeli occupation and treatment of Palestinians. 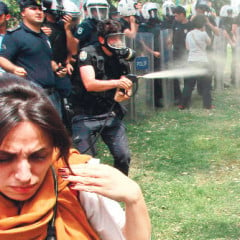 The public demonstrations in Gezi Park and Taksim square insdie arguably the most successful Muslim regime were indicative of tensions between supporters and opponents of Prime Minster Erdogan.

6)     Persecution of Myanmar Muslims.
The marginalization and persecution of the Myanmar Muslim population was another of the shameful impacts of the rising nationalistic elements.  140,000 people were displaced from their homes.    Equally embarrassing was the silence of Aung San Suu Kyi, the 1991 Nobel Peace prize winner. 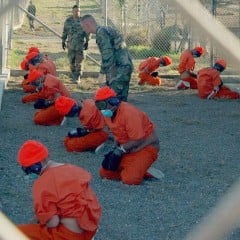 7)     hunger strikes and forced feedings in Guantanamo
Guantanamo continues as an absolute stain on the soul of America.   We continue to hold 164 human beings in indefinite imprisonment without brining them up for trial, even though half of them have already been cleared by our own government to be cleared.   Over a hundred of these prisoners have gone on hunger strikes, because they would rather die than be held indefinitely.   Our response has been to shove tubes up their noses twice a day in a brutal forced feeding, rather than end this sad, illegal, and immoral indefinite detention.

8)     NSA spying on Muslims expanded to all Americans.
This is a typical pattern of the way in which repressive techniques spread across society:  we begin by justifying them (in this case surveillance and reconnaissance measures) against a beleaguered minority, and then expand those same techniques across the whole society.  It should come as little surprise that the NSA techniques exposed by Edward Snowden and Glenn Greenwald started out as a way of spying on Muslims and other beleaguered communities. 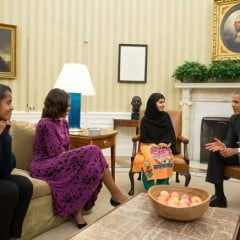 Malala meeting at the White House with President Obama and family.

9)     malala yousafzai
The young woman shot by the Taliban became a global icon for women’s right to education, got to speak at the United Nations, and met with President Obama.   She also became a symbol of how many in the West were willing to listen to her talk about the atrocities inflicted by the Taliban on Muslims girls, but not when she spoke about the violence inflicted by the drones on the same girls.

10)   Boston shooters.
The actions of two deranged brothers brought the city of Boston together, put Chechnya on the map, and for the first time in American history exposed a large American sporting event to domestic violence.

11)  Drones, drones, drones
No policy is more symbolic of the American Empire’s willingness to kill people without a trial, without due process, and without apology in so many countries.  In Pakistan, in Afghanistan, in Yemen, in Somalia, and elsewhere, the United States uses unmanned drones to kill people and then justify them under the vague rubric of “War on Terror.” 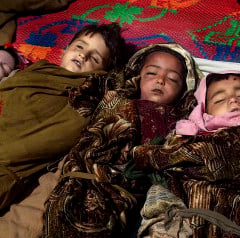 Here are the statistics for one of the countries, Pakistan, compiled by Bureau of Investigative Journalism:

Our official government policy is that any adult male killed by drones was a militant.   Read that sentence again and let the cruel logic of it sink in.

I have tried to document the human casualties of the American drone wars, and remind us of the catastrophic human cost that we are all too often unwilling to confront.

12)   NYPD monitoring of Muslims
An award-winning investigation by AP revealed the extent to which the NYPD followed American Muslim citizens across state lines into various restaurants and other social hangouts.    In order to justify this, the NYPD designated mosques as terrorist organizations.
These policies came alongside the equally controversial stop and frisk measures that overwhelmingly (over 90%) targeted African-Americans and Hispanics.

14)  Ongoing escalation of violence in Iraq
while much of the world’s attention has been focused on Syria, Egypt, Israel, and Iran, Iraq continues to spiral out of control.    More than 8000 Iraqis were killed this year, with much of the violence targeted against Iraqi Shi’a and Christians.    The American response was to facilitate shipment of weapons to Iraq.

All in all, a bloody, difficult, unraveling year for many Muslims around the world.

May 2014 be a year that sees the discomforted comforted, the orphans cared for, the hungry fed, the naked clothed, the homeless provided with shelter.   May there be a widening of the circle of compassion, may there be a real peace rooted in justice, and above all else, may all of us be participants in making it so.