As much of the nation was recently celebrating Christmas, a Memphis pastor was arrested for sexually abusing a 16-year-old family member. What makes this heartbreaking story even more repugnant is that church and family members had been informed about the abuse two years earlier, but failed to report the crime to the police. Instead, they decided that the best response was to simply pray for the offender and hope for the best. Tragically, this response to child sexual abuse by those within the church is not uncommon. Equally as tragic is that such responses fuel perpetrators to continue destroying the bodies and souls of untold numbers of children. 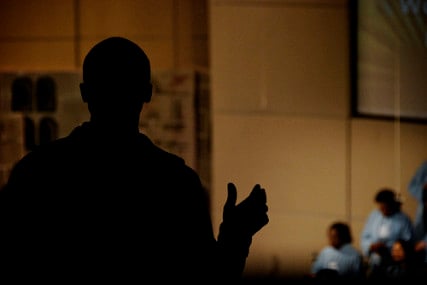 The statistics of child sexual abuse are startling to say the least. In her book, Predators, Pedophiles, Rapists, and other Sex Offenders, clinical psychologist Anna Salter outlines the results of numerous studies that clearly demonstrate the prevalence of this offense and the dangers of those who offend. Here are just a couple she mentions:

Abel Harlow Child Molestation Prevention Study:
This study found that pedophilia molesters average 12 child victims and 71 acts of molestation. An earlier study by Dr. Abel found that out of 561 sexual offenders there were over 291,000 incidents totaling over 195,000 total victims. These are enough victims to fill 2 ½ Superdomes! This same study found that only 3% of these sexual offenders have a chance of getting caught.

In her book, Dr. Salter revealed that her own interviews of sexual offenders found them admitting to having perpetrated between 10 and 1250 victims. She also writes that every offender she interviewed had been previously reported by children, and the reports were ignored.

It is critical to note that this abuse is no less prevalent within the faith community. In fact, there are studies that demonstrate that the faith community is even more vulnerable to abuse than secular environments. The Abel and Harlow study revealed that [tweetable]93% of sex offenders describe themselves as “religious” [/tweetable]and that this category of offender may be the most dangerous. Other studies have found that sexual abusers within faith communities have more victims and younger victims. This disturbing truth is perhaps best illustrated by the words of a convicted child molester who told Dr. Salter,

I considered church people easy to fool…they have a trust that comes from being Christians. They tend to be better folks all around and seem to want to believe in the good that exists in people.

Besides sending shockwaves down your spine, why is it critical for those within the faith community to be aware of these statistics? Though there are many reasons, here are just three to consider:

Understanding the reality of these disturbing statistics is one of the first steps in transforming our faith communities into places where children are safe and abuse survivors are welcomed, valued, and loved. Perhaps a better understanding of these disturbing statistics would have prompted at least one church member in Memphis to step forward to love and protect a 16-year-old child by reporting her abuser to the police. Now that would have been an answer to prayer.