A mentally ill British man who said he was a prophet was sentenced to death in Pakistan. Britain’s government is on the case.

A man in Greece who created a satirical Facebook page poking fun at a Greek Orthodox monk was sentenced to 10 months in prison on charges of “malicious blasphemy and religious insult.” The country’s Atheist Union is protesting the laws that led to his arrest.

A controversial bill to ban Nazi symbols outside of historical or artistic contexts is making its way through Israel’s Knesset. The proposed penalty for uttering the word “Nazi” in a “wrong or inappropriate way” would be a fine of nearly $30,000 and up to six months in jail. So long, Soup Nazi.

Malaysia’s king is standing behind a court ban on non-Muslims using the word “Allah.” The Malaysian company responsible for printing local copies of the International New York Times blacked out pictures of “unclean pigs” in a recent edition. 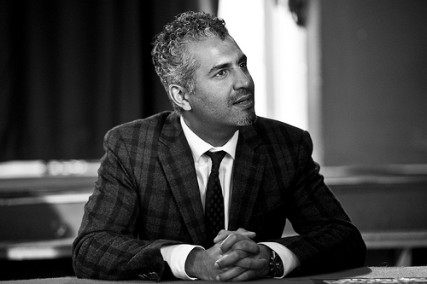 In Prophet Muhammad news, a journalist faces the death penalty after being convicted of apostasy for criticizing him in Mauritania. A newspaper editor in India was arrested for publishing a picture of the prophet that sparked riots and attacks on the papers’ offices. In the U.K., counterextremism campaigner Maajid Nawaz faces a Change.org petition with more than 20,000 signatures calling for him to be removed as a prospective parliamentary candidate after he tweeted a cartoon frame featuring the prophet.

A “blasphemous” Bible play was canceled in Northern Ireland after offended Christian fundamentalists protested the production.

Ireland is wrestling with the question of whether it’s libelous to call Catholic commentators who oppose gay marriage “homophobic.” A drag queen, a murder and the threat of lawsuits make this one worth reading.

A poet in Saudi Arabia was arrested, again, for allegedly spreading atheism. And maybe for having long hair. But probably for documenting police abuse.

Ukraine’s government threatened to outlaw the Ukrainian Greek Catholic Church for holding religious services outside a place of worship. “Outside a place of worship” meaning in Kiev’s central square with opposition protesters. Confirming the move was political, Ukraine’s parliament passed a law restricting freedom of assembly, press and expression. To protest the new law, Ukrainian Wikipedia initiated daily site blackouts.

Gay rights supporters in Africa are having a terrible month.

Nigeria passed a new anti-gay law criminalizing same-sex relationships and membership in gay rights groups with up to 14 years in jail. The U.N. human rights chief denounced the law as “draconian,” while many religious leaders welcomed it with open arms (if not open minds). After the bill was signed, a man was whipped 20 times under Nigeria’s separate Shariah law for a homosexual “crime” that occurred seven years ago. A judge spared the man death by stoning for showing “great remorse.”

On a (relatively) more positive note, Uganda’s president blocked a bill that would toughen already brutal punishment for gays because he said gay people are “abnormal” and can be “rescued.” The bill could have meant life imprisonment for merely touching someone of the same sex, which presumably would have made freeze tag and football pretty risky.

In Malawi, the U.N. AIDS task force is launching a court battle against Malawi's anti-gay laws, which carry maximum prison time of up to 14 years.

The Maldives’ president called a bill that that would partially criminalize marital rape “un-Islamic” and refused to ratify it. The bill, which received overwhelming support in parliament, says a husband cannot force his wife to have sex if the couple has filed for divorce or if he intends to give her a sexual disease. 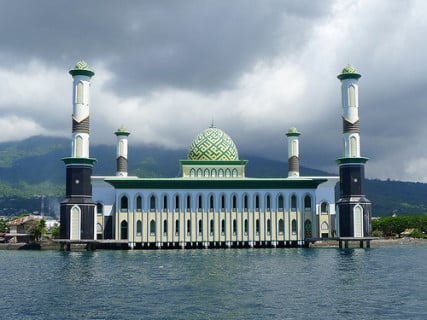 A province in Indonesia is considering a law that would force residents to attend Muslim prayer gatherings every Friday. The home affairs minister is not a fan. On an interesting aside, the country’s president said he believes in witchcraft, as do 69 percent of Indonesians, despite Islam prohibiting the practice.

You booze, you lose your right to a funeral in some parts of India. A group of Muslim clerics is refusing to offer funeral prayers for alcoholics. Most Jains don’t touch the stuff, and probably wouldn’t want Muslim funerals, but they’re now eligible to more rights in the country having finally been recognized as a minority faith community.

France tolerates a lot, like political affairs, but religious hatred? Not on President Francois Hollande’s watch. Unless of course you’re a Scientologist, or any of the other religious groups France classifies as cults.

Freethinkers and secularists in Finland have launched an initiative to bolster church-state separation with the aim of stripping away privileges enjoyed by the Evangelical Lutheran and Orthodox churches of Finland.

I seized on National Religious Freedom Day two weeks ago to urge Americans to look at the state of religious freedom abroad. Let’s spend a little time at home in the U.S.

The Pentagon has clarified its rules on beards and turbans for Muslim and Sikh service members, saying both are fine as long as they don’t “interfere with military discipline, order or readiness.” Sikhs say the new policies don’t go far enough or address the fact that individual requests still need to be evaluated on a case-by-case basis.

Speaking of religious accommodation, the ACLU is arguing that inmates in Wyoming should be able to wear kippahs at all times. Florida’s now under a court order to serve relatively expensive kosher meals to all eligible inmates, meaning anyone who claims to believe in Judaism.

The federal Justice Department is expanding its definition of racial profiling to stop federal agents from considering religion in their investigations. Religion’s not a race … so they better change what they call it, too.

The ACLU of Louisiana is suing a local school district for teaching creationism, incorporating prayer into school events and hanging portraits of Jesus in the hallways, among other church-state offenses.

“That’s no skin off my nose,” Anthony Clavane joked about the circumcision debate at last week’s Index on Censorship magazine launch. Index’s latest issue is on religion and free speech. Check it out! But before you go, subscribe to the Recap below.