After being raped and repeatedly sexual abused by her pastor, Samantha Nelson was suicidal; her husband Steve Nelson returned home “countless times” just in time to save her life after she’d attempted to take it.

Stories of religious leaders abusing children or minors are more common: conservative Christian Bill Gothard, for example, recently resigned from the organization he founded, Institute in Basic Life Principles after many stories detailing his sexual harassment and abuse of young women and girls came to light.

Less commonly — but no less devastatingly — sexual harassment and abuse is perpetuated by clergy on adult women. That’s what happened to Samantha Nelson. 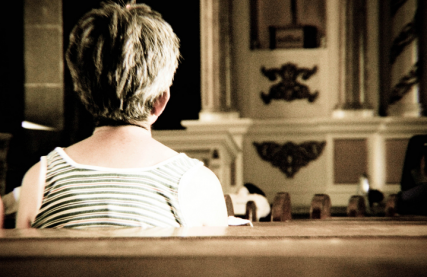 With the support of her husband, Samantha eventually found healing and grace. She went on to earn credentials in Christian counseling and to found a ministry — The Hope of Survivors — that raises awareness of clergy sexual abuse and offers help to survivors.

In a telephone interview in 2012, Nelson told me, “the devastation of this abuse is that it is so poorly understood, and survivors are subject to all kinds of insensitive behavior — such as being asked, ‘didn’t you like it?’ But because of the power imbalance, this kind of thing can never be a consensual relationship.”

“Generally, we see a lot of repeat offenders who pick out vulnerable people and groom them for abuse,” she said.

When we talked in 2012, I was gathering research for an article on clergy sexual abuse that was later published in PRISM magazine, and The Hope of Survivors was celebrating its tenth anniversary. Thousands of people read their website each week, and they are contacted two or three times a week by survivors of clergy sexual abuse — more than 100 people per year.

Most of these are assigned to counselors, many of whom are volunteers. Samantha told me that she had long hoped to build a healing center — a place of retreat for survivors of pastoral abuse to receive counseling, to rest, to reconnect with God and with their spouse; a place of physical, spiritual, and emotional healing.

This hope was realized late last year, when an anonymous donor made a beautiful, historic inn in Bedford, Iowa, available to The Hope of Survivors, which will now use the location as its headquarters and as a “Renewal Center,” where those who’ve suffered can come for counseling and rest.

“One of the saddest aspects of clergy sex abuse,” writes Christa Brown, a lawyer who wrote This Little Light, blowing the whistle on abuse and cover-up within the Southern Baptist Convention “is that it not only inflicts the grievous trauma of sexual abuse but it simultaneously yanks a powerful resource for healing.” The Hope of Survivors and its new Renewal Center aims to return people who’ve suffered such abuse to return to that “powerful resource for healing.” It’s an honorable goal, and I wish them all the very best.