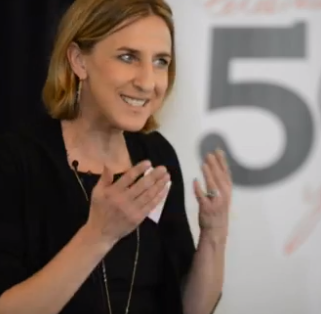 Kick me for missing the latest Westminster Faith Debate. In my defense, I was violently ill in the internet black hole of Burma when this went down, so at least I've got a decent excuse. Thankfully the organizers posted some highlights from the night.

Echoing what she told me back in October, Elizabeth Shakman Hurd called the promotion of worldwide religious freedom "an inherently flawed project," one which risks "exacerbating the very problem it claims to resolve." How? By locking individuals into neatly defined faith communities that politicians can exploit. When people are defined in religious or sectarian terms, complex social conflicts are reduced to faith. Nobody wins.

Islam expert Jørgen Nielsen said that worldwide efforts to promote freedom of religion or belief are necessary but warned against privileging this right above other interdependent freedoms, like freedom of expression.

Baroness Elizabeth Berridge, Chair of the All Party Parliamentary Group on International Religious Freedom, said worldwide freedom of religion is necessary because…global technology? Hear her out. Fellow politician Alistair Burt said religious freedom can be abused, sure, but that doesn't undermine its importance. "If it is abused that is a failure of man, not a failure of faith," he said.

Linda Woodhead, professor of sociology of religion at the University of Lancaster and debate co-chair, summed up the event perfectly. Despite passionate pleas on both sides, Woodhead thinks all panelists are united in their core values. The politicians think academic "complexifying" gets in the way of helping persecuted individuals, while academics think short-term political ameliorations without long-term considerations may only make matters worse. "You all want the same things, but you've got extremely different views about how to go about it," she concluded.

You can hear clips from the full debate here. The next Westminster Faith Debate, set for this Wednesday, will tackle how religious moderates should deal with uncompromising hardliners. I'll be following it from…Florida. I promise to make one in May when I'm back in London.

September 21, 2020
Related Posts
By Alejandra Molina
In Oregon, churches and anti-fascists unite to provide mutual aid to fire evacuees and others in need
By Jeffrey Salkin
The most Jewish thing that Ruth Bader Ginsburg ever did
By Yonat Shimron
Ruth Bader Ginsburg, who died Friday, was shaped by her minority faith
By Jeffrey Salkin
COVID has led us all into sin
By Farah Siddiqui
Building interfaith community at work