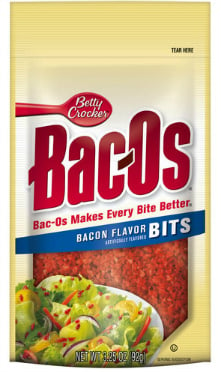 All eyes on Rome

Earlier today President Obama met the man whose cool factor has replaced his own: Pope Francis. The two were scheduled to meet for half an hour; in fact, they met for 52 minutes. Obama gave the pope a seed box.

“Efforts to shoehorn him into our debates have a distorting effect. And the Vatican — itself divided into factions — has other things to think about besides the contention within the U.S. church.”

Social media was abuzz with news that World Vision had reversed course two days after declaring it would recognize the same-sex marriages of its employees. While many evangelicals high-fived the international relief organization’s about-face, others, such as Rachel Held Evans, were appalled:

“I confess I had not realized the true extent of the disdain evangelicals have for our LGBT people, nor had I expected World Vision to yield to that disdain by reversing its decision under pressure. Honestly, it feels like a betrayal from every side. “

In an interview with The Washington Post, former president Jimmy Carter said he would advise young people “if they can” to refrain from sex before marriage, but said he doesn’t criticize his 12 grandchildren and 11 great-grandchildren if they behave differently. “We look the other way,” the president said. “I’ve learned we can’t have the same mores.”

Carter also said he wrote to Pope Francis and told him to make good on his promise to create a greater role for women.

A different kind of Baptist

A class on twerking?

Skidmore College will be offering “The Sociology of Miley Cyrus” during summer school this year. The course will delve into “gender, sexuality, intersectionality and appropriation.” (Pretty sure I’ve never used the word “intersectionality” before.)

Why are so many Catholic schools in the top ranks of the NCAA men’s basketball? There’s no special Catholic basketball gene, of course. Michael Schulson writes it may have more to do with the Irish potato famine, American nativism and 20th-century Italian demographics.

A stranger in Brooklyn attacked a 65-year-old Orthodox Jew visiting New York from England Tuesday morning. Then came news that mega clothing retailer H&M has made a fashion faux pas: a tank top with an image of a skull inside of the Star of David symbol. What gives?

A federal judge in Atlanta has ruled certain nonprofit organizations in Georgia affiliated with the Catholic Church are not subject to a contraception mandate included in the president's health care law.

Related: Salon has published a story saying the craft chain Hobby Lobby and related entities are some of the biggest sources of funding to the National Christian Charitable Foundation, which backed groups that collaborated in promoting the anti-gay legislation in Arizona, among other things.

HarperCollins arranged to have a team of evangelical scholars write a counterargument to Bart Ehrman’s latest book, “How Jesus Became God.” Both were published this week. And if you’re wondering what Ehrman is saying that’s rocking the boat, here’s the summary: He contends the early Christians had conflicting views of Jesus’ divinity, none of which would pass the exacting salvation standard of the Middle Ages.

For your water-cooler pleasure:

A mummy of an Egyptian woman dating back to 700 A.D. has been scanned and stripped to reveal a tattoo on her thigh that displays the name of the biblical archangel Michael.

And the Jewish world has been rocked by the news that Ritz is releasing a kosher-certified, bacon-flavored cracker. But kosher bacon-flavored comestibles are nothing new. This story lists several such products on the market.

For more news about archangel Michael tatoos and kosher-bacon comestibles, stick with us.